There's a lot that Philly's mayoral hopefuls can learn from what we witnessed on November 8th. 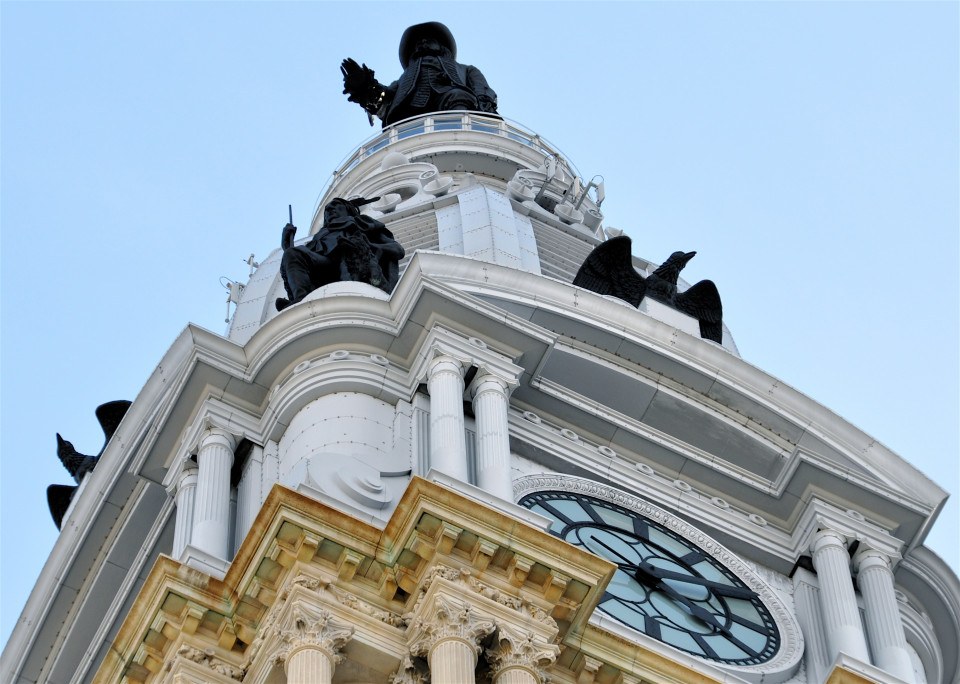 The Philly mayoral candidates have reason to celebrate (or worry) based on the results of the midterms. / Photograph by Kevin Burkett via Flickr Creative Commons license

Now that the midterm results are finally wrapped up, it feels safe to say that Pennsylvania has gone blue. The governor’s mansion and the state House are Democratic-led, and both of our U.S. Senators are about to be Dems. But the fact that voters supported such varied types of Democrats — outsiders, moderates, emerging diverse stars — seems to support the conventional wisdom of a broad move away from Trump-backed candidates.

What could that mean for Philly’s mayoral candidates? It means that voters aren’t necessarily looking for a traditional one-size-fits-all candidate. Based on the results, here’s what the current field of six candidates (plus one more who everyone presumes will be throwing her hat into the ring) should be considering as they begin to campaign.

Good news: The gubernatorial win of Josh Shapiro proves that voters still value a moderate, experienced politician. Real estate developer Domb was elected twice to City Council and has distinguished himself as a practical, straightforward politician who can appeal to centrist voters.

Bad news: Unlike Shapiro, Domb won’t be able to tab a diverse running mate (as Shapiro did with Lieutenant Governor-elect Austin Davis) to complement his white-collar approach. While Domb’s wage-tax-credit bill put money back in the pockets of a lot of Black and brown voters, he’s going to need to keep working to build a more diverse network of support.

Good news: The victory of Austin Davis as Pennsylvania’s first-ever Black lieutenant governor proves that voters will support diverse candidates who can demonstrate city- or statewide appeal. Green, who has won two consecutive citywide races, seems to have the same sort of broad appeal Davis does. And he has name recognition and visibility.

Bad news: Lots of voters are excited about the idea of electing the first-ever woman mayor to be the city’s 100th holder of the office. Philly has already elected three Black men as mayor, so a Green victory wouldn’t be quite as historical. With four women expected in the field, including three women of color, Green is going to have to make his case to voters who may be prioritizing making history.

Good news: Josh Shapiro’s big win bodes well for Parker, a fellow moderate. And the victories of candidates of color, such as Davis and Congressperson-elect Summer Lee, who made history as the first Black woman to be elected to Congress in Pennsylvania, could boost Parker’s chances. Like Shapiro, Parker has a reputation for being focused on crime and supporting local law enforcement; potential endorsements from the likes of the FOP could help her stand out in a crowded field.

Bad news: Philadelphia’s voter base hasn’t been quite as fond of moderates and establishment-backed figures lately — and there will be no Doug Mastriano or Dr. Oz in this race. Parker will definitely need to distinguish herself beyond the Northwest Coalition and with voters who are averse to machine politics.

Good news: John Fetterman’s victory in the U.S. Senate race reinforced that establishment-bucking candidates can still appeal to a wide swath of voters, the same way Rhynhart’s upset win for City Controller did in 2017. This is good news for Rhynhart, who continues to be a dynamic stand-out in a moderate-dominated political scene. Though the former corporate banking exec doesn’t scream outsider in quite the same way the tattooed, casual-attired Fetterman does, her record of standing up to the Mayor and the police department could speak to those looking for a candidate who will buck the system the way our next Senator has.

Bad news: As a woman, she’d make history. But she’s running against two (and likely three) women of color whose victories would be even more historic. She’ll need to strike a balance between running as a citywide candidate who can fight for the underserved and presenting as a white savior.

Good news: There’s only one John Fetterman. But Jeff Brown may be the most Fetterman-esque candidate in this field, given his very unconventional community engagement and lack of political party grooming. Fetterman proved that you can have an unconventional appeal with voters and win big. It could help make Brown’s case for why voters should give a grocery-store owner — one who’s done lots of progressive things, including hiring returning citizens, using his stores as local business incubators, and championing record expungement — the top job.

Bad news: All of the candidates who came out victorious in the midterms had extensive backgrounds in elected office. With all of his opponents having previously served, Brown appears to be the least experienced candidate. Businesspeople haven’t had much luck in recent Philly mayoral races, so he’s going to have to convince voters to elect a candidate who’s never held political office if he’s going to become the 97th white guy to win the job.

Good news: Fetterman will become Pennsylvania’s U.S. Senator after winning the Democratic primary without the party’s backing. Such feats are old hat for Quiñones Sánchez, who won four terms in her district without ever receiving party backing. That’s a fact she can trot out for voters who might question her electability. Right now, history is on her side, as voters begin to support more non-establishment candidates in some notable races.

Bad news: While Philly voters are supporting more candidates who don’t have the Democratic Party seal of approval, the mayor’s race has typically been won by the candidate backed by the city’s party leaders (political kingmakers). In a crowded race where every vote is going to matter, Quiñones Sánchez is going to have to work outside her district to appeal to voters who might otherwise just vote for whoever is on the ward’s endorsed ballots.

Helen Gym (if she declares)

Good news: That progressives — and those further left — had major victories across Pennsylvania is promising for someone as bold as Gym. She can feel confident knowing that candidates like Fetterman, who had strong grassroots campaigns, can win big in races once perceived to be mission impossible. It’s also hard to ignore the connections between her previous campaigns and Fetterman’s: Brendan McPhillips, in 2015 the campaign manager for Friends of Helen Gym, just ran Fetterman’s campaign. McPhillips also ran things for Joe Biden in Pennsylvania in 2020.

Bad news: Unlike Fetterman and Biden, Gym won’t have a polarizing, ultra-rich Republican on the ballot to gin up urgency. She’s going to have to convince voters that electing perhaps the most radical of the group of mayoral candidates is necessary in a city where moderate establishment picks have tended to win.