Plus, control of the state House could come down to a race currently separated by just two votes in Bucks County. 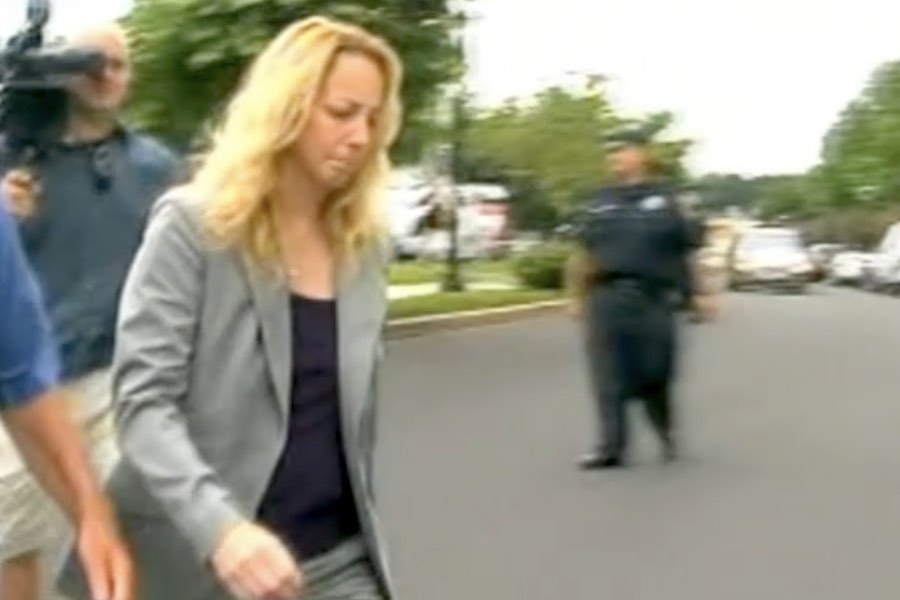 Bonnie Sweeten Needs to Be the Next Great True Crime Series

I’ve seen them all: Dahmer, The Act, Unsolved: The Murders of Tupac and the Notorious B.I.G., The People vs. O.J. Simpson. I could go on. Like many of you, I am obsessed with TV shows based on true crime. And if I had half a brain, I’d give up this journalism racket and make my own.

And if I did, it would be about master con artist Bonnie Sweeten. If you’ve lived in Philadelphia for a while, the name Bonnie Sweeten probably rings a bell. ‘Twas back in 2009 when Sweeten called 911, telling the operator that two Black guys had kidnapped her and her nine-year-old daughter. She said the men stuffed her and the girl into the trunk of a car. Naturally, a manhunt ensued.

But where was Sweeten, really? Oh, Disney World, of course. She used the fake kidnapping story to skip town because investigators were hot on her tail for bilking her employer and family members out of $600,000. She spent the stolen money on clothing, jewels, the gym, a trip to Atlantic City, various electronics and, yes, the tanning salon. Gotta maintain that glow, Bon.

Sweeten spent time in jail for the kidnapping hoax. She also did time and was ordered to pay restitution in the case surrounding the cash. She was dubbed the “Hoax Mom.” And, truly, Bonnie Sweeten: Hoax Mom has a very Netflix ring to it.

Sweeten did her time and could have faded into the recesses of our memory. But no.

After prison, a Doylestown contractor who had known Sweeten and her family for years decided to give her a chance. And a job. Unfortunately for said contractor, he hired Sweeten to keep his books for him. Yes, he hired the financial fraudster and con-artist as a bookkeeper! I guess receptionist wasn’t available.

Because a cheater’s gonna cheat, Sweeten used the contractor’s checkbook and credit cards to make around $150,000 in personal purchases. She pleaded guilty on Tuesday and was released on her own recognizance (interesting decision, judge) as she awaits sentencing, which is happening in February.

No word on whether Sweeten plans any trips to Disney World. But the judge was at least smart enough to restrict her travel to Pennsylvania and New Jersey, both places where she has family. 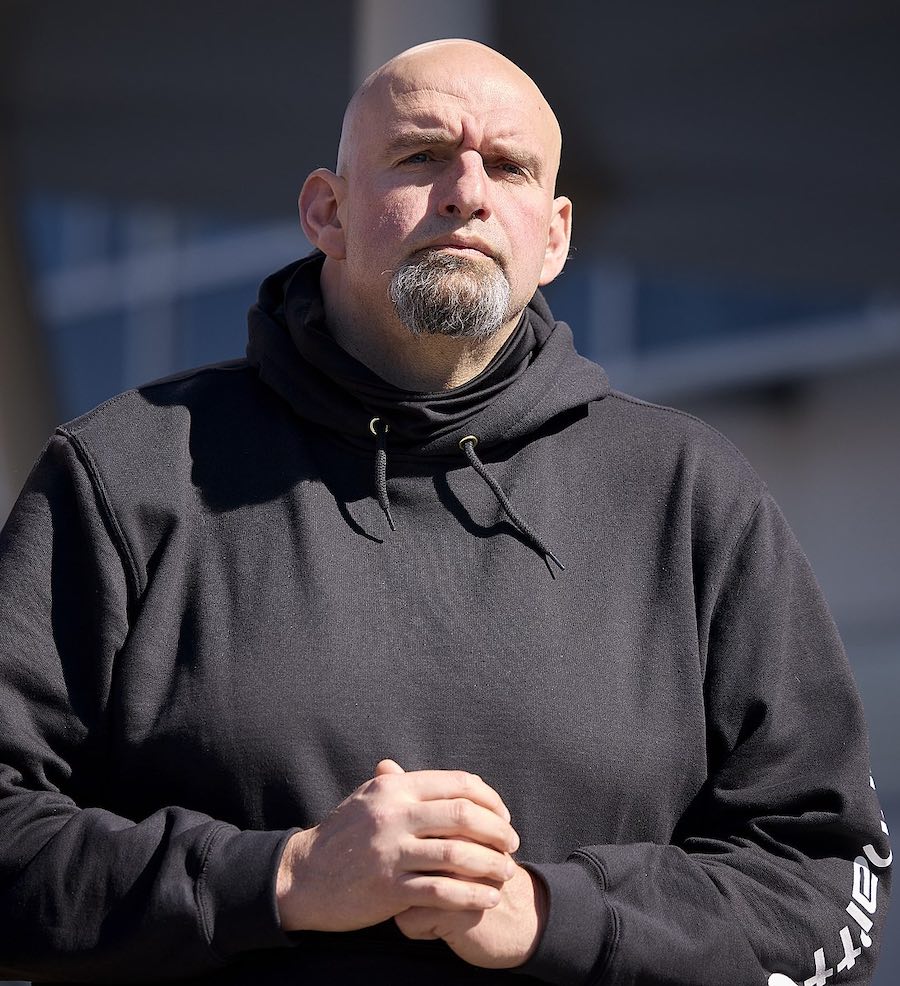 What Will John Fetterman Wear?

The 2022 FactCheck Awards Are In

Factcheck.org is a Philadelphia-based non-partisan factchecking organization that does things like pick political ads apart for all their lies and misleading statements. And the group just released their 2022 FactCheck Awards, tongue-in-cheek acknowledgments of the worst political ads across the country. And I thought the John Fetterman and Dr. Oz ones were bad. Check it out.

What Happened to the Flags?

Due to weathering and other issues, the city is replacing all of the country flags that line the Benjamin Franklin Parkway. No word on how much overtime that’s going to take.

How the Heck Did I Get On Herschel Walker’s Email List?

And it’s not just me. Somehow, lots of my friends are also suddenly getting emails from Herschel Walker and we can’t figure out how to make it stop. Unsubscribing doesn’t seem to work.

Some of my Facebook friends had novel thoughts on this scourge:

Just tell him you’re his son and he’ll ignore you forever.

Tell him you’re pregnant and maybe he’ll send you $700?

In my mind his mailings would look like the instructions that come with Ikea furniture.

One also reminded me that he played for the Eagles (sorry, I’m not a sports guy) and said he was one of the best running backs we ever had. True or untrue?

First, Donald Trump reportedly blamed Melania Trump for the John Fetterman win. Now, retiring senator Pat Toomey is blaming Trump (as in Donald, not Melania) for the failure of that whole red wave thing to materialize. I’m no fan of Toomey, but anybody who wants to blame Trump for shit, I’ll listen.

Will They or Won’t They?

Democrats are this close to taking control of the Pennsylvania state House, something they haven’t had in more than ten years. Three days after Election Day, we still don’t know the full election results, and some of the races are quite close. For instance, over in Bucks County, Dem Mark Moffa has a two-vote lead over Joe Hogan. Whew.

And from the Man-Trae-Young-Just-Kills-Us Sports Desk …

Let’s start with this and that, “that” being a poem by former Phillies outfielder Doug Glanville about World Series-winning Astros manager Dusty Baker. Glanville’s a Penn grad, you may recall, and was the first Black Ivy Leaguer ever to play in the major leagues.

I told Dusty Baker after his World Series win that I would write a poem for him. And then voice it.

So here it is…

For the Inky, Matt Mullin had a thorough (maybe too thorough?) ranking of Sixers jerseys on the occasion of the latest unveiling.

The Sixers dropped their new City Edition uniforms today. But would they crack my list of the best Sixers unis ever? https://t.co/j5z3ylbphs

The Sixers have a big man. You know who else has got a big man?

But height didn’t help the team last night against the Atlanta Hawks and guard Trae Young, who always seems to spank us. The Sixers were slow out of the gate but turned it on halfway through the first quarter with a 7-0 spurt; Joel Embiid had 11 points already at the 2:44 mark. But the Hawks answered with an 11-0 run to make it 29-20 at the end of the first. Oh, hey, happy birthday, kid!

With six minutes left in the half, freaking Trae Young did this:

The Sixers were down 46-42 at the half — and a grand 2-for-14 shooting threes. In the third quarter, Joel Embiid picked up his fourth foul and got yanked. All the kids got ushered in, and things tightened up; Georges Niang made a layup (a layup!?) to tie it at 55-55. It was right around then that things went haywire. The Sixers kept shooting bad threes, and the Hawks ran it to 80-66 at the close of the third after Trae hit a monstrous three.

Niang answered with a three to start the fourth, and Embiid was back in, but things weren’t going well. Nothing was falling, and it was Turnover City out there. The Hawks ran it out to 94-74 with eight minutes left. The Sixers reeled off an 18-6 run, but it was too little, too late. Embiid fouled out, and Young delivered a final dagger with a three-quarter-court pass to John Collins for a jam. Final: 104-95. Ugly loss. Embiid led the now 5-7 team with 26 points. Guess who we play next? The Hawks, on Saturday in our house. Maybe things will go better there. The Sixers also have a game against the Jazz this weekend, at home on Sunday. Both tipoffs are at 7:30.

Temple men’s basketball plays Villanova at home tonight in a Big Five battle at 7 p.m. Kyle Neptune vs. Aaron McKie! In football, Hah-vahd visits Penn tomorrow at one, and Temple’s Owls fly to (boo!) Houston to play its Cougars at three.

Gotta wait till Monday for the 8-0 Eagles vs. the Wentz-less Washington Commanders.

The Flyers also played. And will play again. It’s not true that I dislike hockey, btw. It just bores me to death.