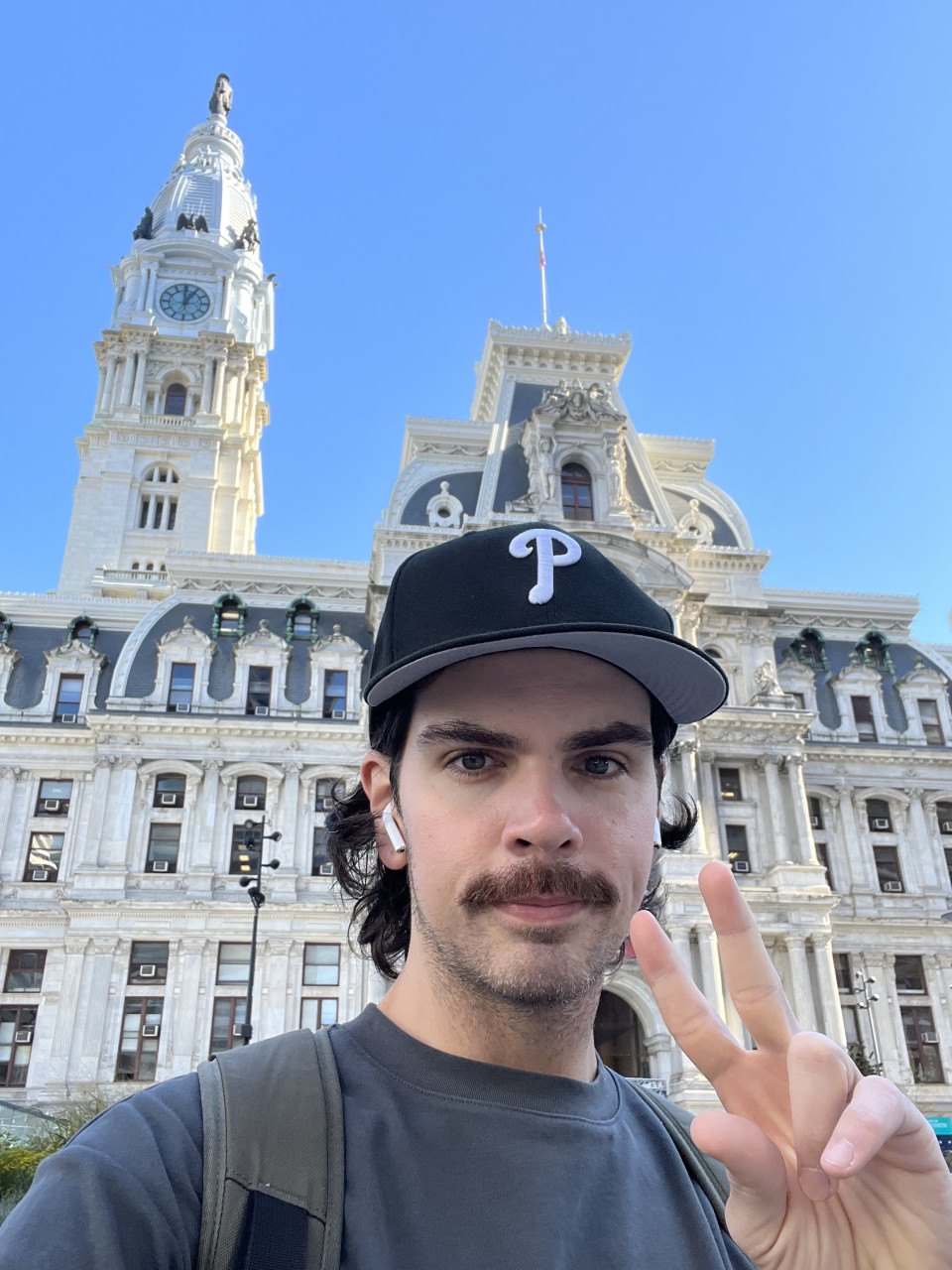 If you’ve ever wondered about a new mural or wheat-paste art that’s popped up on a wall in your neighborhood, you likely know Conrad Benner. His Streets Dept blog chronicling Philly’s public art scene has been going strong for over a decade, and Benner also has formed partnerships with organizations like Mural Arts and Visit Philly to curate and plan exhibits and original works with local artists. He’s ever-present on social media. He has a podcast and a magazine.

But a playful tweet during Game 1 of the World Series last Friday night revealed yet another way for the Fishtown native to interact with Philly culture.

I’m sorry, but we have a hotter pitcher and I really feel like that should count for something. #Phillies

Since then, Benner’s live-tweeting of the World Series — especially on the attractiveness of the Phillies — has become a delightful addition to each game.

There is so much gum chewing in this sport! Is it to deal with stress?

I’m watching an ad for a fireplace. Is that who watches baseball?! pic.twitter.com/FbVnL7k3Dq

At least one fan has drawn a comparison between Benner’s World Series live tweets and SNL veteran Leslie Jones’s popular Olympics coverage, and that is definitely apt.

These little dances the pitchers and catchers do playing with their hair, their hat, their gloves remind me of bees. Like I know they’re communicating something, but I’m not sure what.

Benner, admittedly not a sports fan in real life, calls it a “happy accident.” His family are huge Phillies fans — his grandfather even has a room devoted to baseball memorabilia in his house — but it never really rubbed off on Benner. But what he lacks in baseball knowledge he makes up for with general enthusiasm for Philly. “I am a fan of the city, and it’s so infectious whenever we have something we’re all excited about,” he says.

Aw, I just got goosebumps 🥰 #Phillies

Philadelphia deserves this so much!

To be honest, Benner’s unfamiliarity with even the basics — he didn’t realize that teams use multiple pitchers per game, or that the seventh-inning stretch was “real” — only adds to the charm.

Is this the 7th inning stretch? That’s real?

So why did someone not into baseball start tweeting about it in the first place? Benner was watching the game with friends — and a couple beers — and recalls: “We were down by five and it was so sad, and I just wanted to share my opinion, which is that our pitcher is so much cuter than their pitcher.”

Of course, the Phillies then came back from their 5-0 deficit, tying the game with J.T. Realmuto’s two-run double in the fifth inning — and replaced starting pitcher Aaron Nola with reliever José Alvarado. 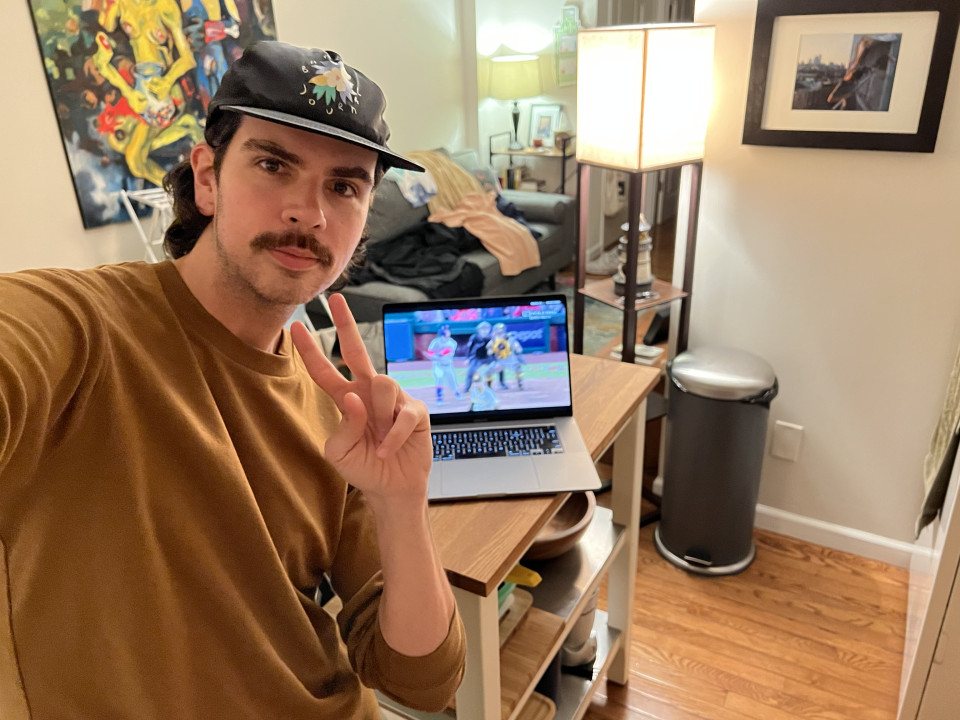 “My biggest [baseball] reference is A League of Their Own,” Benner says, recalling one Rockford Peach who wouldn’t change her socks because she thought it was “bad luck.” Benner remembers thinking, “I have to call him cute too, otherwise it’s bad luck!”

We still have the hotter pitcher (even though apparently they change pitchers in the middle of the game) and it should still count! #Phillies

And with that, his hashtag #WholeTeamIsCute was born.

Hear me out, this pitcher looks like a handsome Abraham Lincoln. One of our better presidents! #Phillies #WholeTeamIsCute

In games since, Benner has also commented on the Phillies’… inner beauty as well.

“He is such a beautiful presence on the mound,” Benner says of Suarez. “It’s just a vibe I got.”

Phillies Twitter has long been its own little corner of Philadelphia social media. There are the regulars, the memes, the fantastical real-life outcomes like the realization of one fan’s relentless dream to go to the zoo with late Phillie Roy Halladay. There are children that would not exist, but for their parents connecting via snarky comments and commiseration during a playoff game in 2009.

For Benner, it’s yet another way to connect with the city he loves so much, and to experience that collective joy. “It’s just so fun, how can you not be excited?” he says. “We always have the underdog story. I want Philly to win everything. I think Philly deserves the world.”