What Bryce Harper Gets Right (and Wentz and Simmons Didn’t)

Bryce Harper loves Philly, and he never lets us forget it. 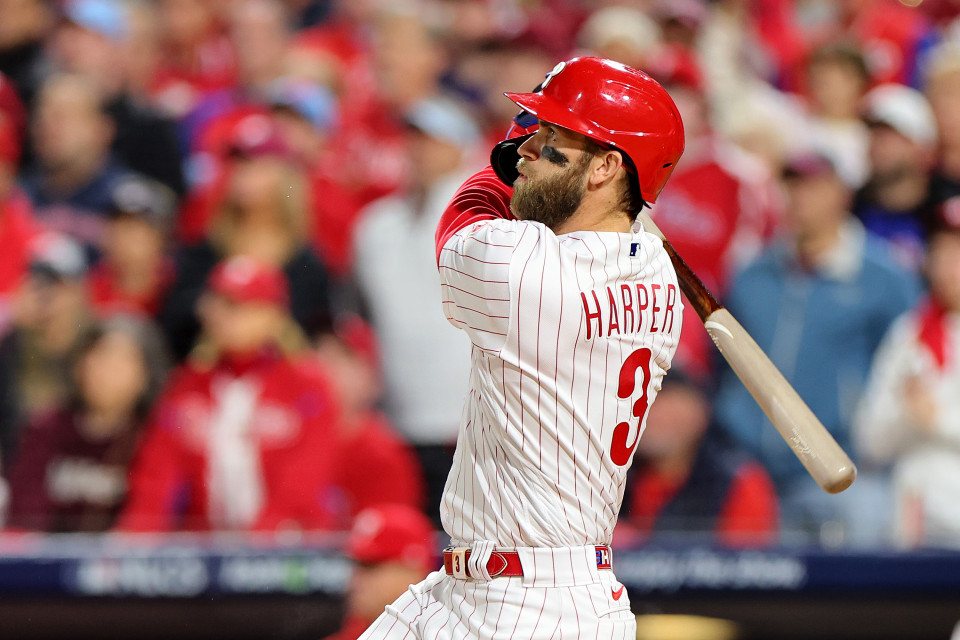 Outsiders say Philadelphia is a hard place to play sports in. They think the fans are tough and unappreciative, and they offer tired tropes of Santa and snowballs as proof. Bryce Harper wasn’t fazed.

The way to Philly fans’ hearts is through their, well, hearts — and Harper knew that from the beginning. He understood the assignment. Harper’s dramatic $330 million signing and arrival in 2019, Brian Howard wrote, was coupled with “a charm offensive, triggering a sort of mania, a full-on love fest between player and city.”

“I love the City of Philadelphia. I’m just so excited to be here and be part of it,” Harper told MLB Network after he was named the National League MVP in 2021.

When you walk through the Hall of Fame Club level at Citizens Bank Park, you’re treated to memorabilia and artifacts from Phillies history — World Series ephemera from 1980 and 2008, a seat from Connie Mack Stadium, a scorecard by Harry Kalas, used game balls from Robin Roberts’s legendary 1950s games … and Phanatic cleats worn by Harper in his debut with the team. He’s only been with the Phillies four years, but his flamboyant embrace of the team, the city and its fandom quickly warranted the glass-case treatment. 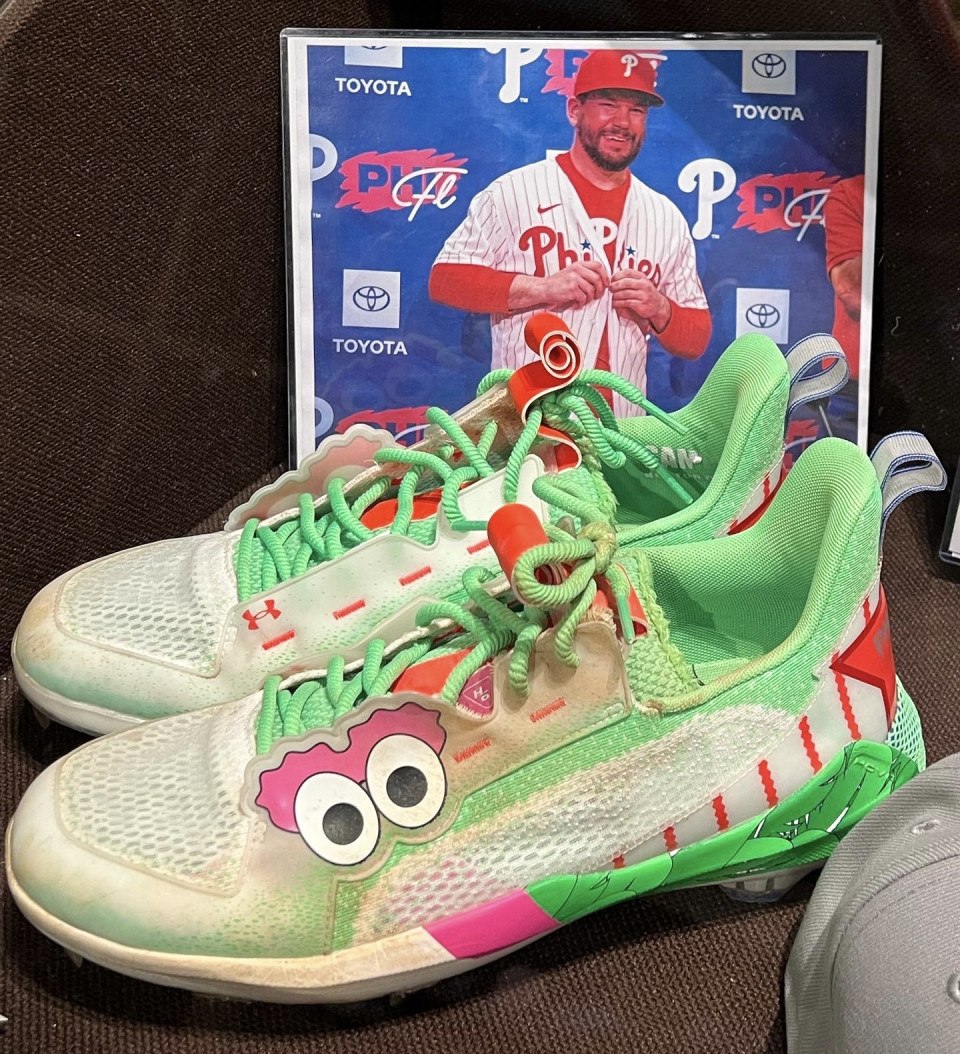 Harper walked up to the Fresh Prince of Bel-Air theme song in his first Phillies at-bat, wearing those Phanatic cleats. For the next year’s opening day, he wore a custom Phanatic suit. The Phanatic would later return the gesture. These public displays of affection, built for the social media age, proved irresistibly endearing. 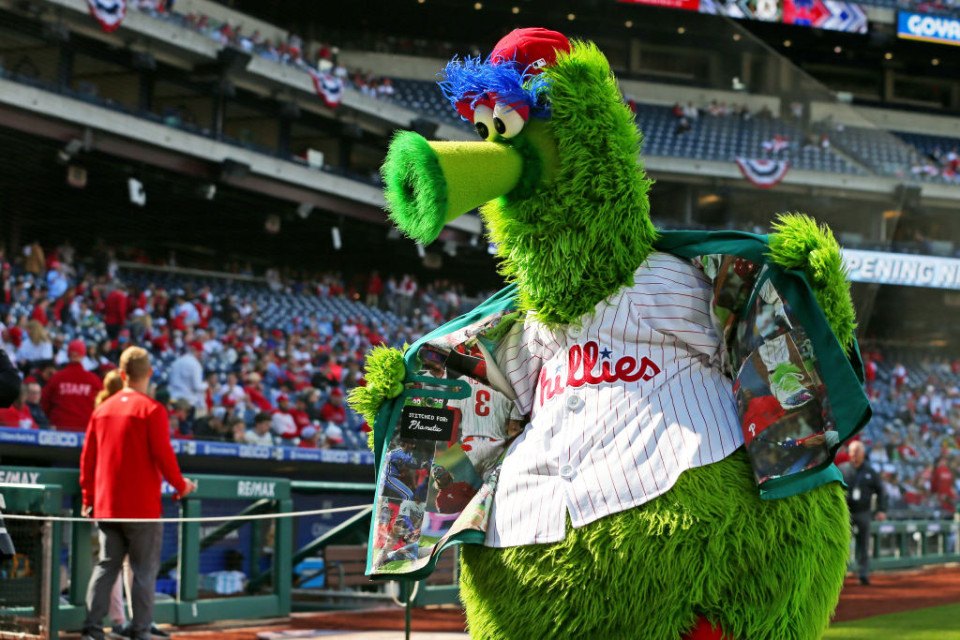 Over the years, we’ve seen Harper ringing the bell before a Sixers game and cheering for the Eagles. And speaking of those teams, let’s contrast Harper with two recent stars once held in high esteem in Philly who ultimately left town with their tails between their legs —Ben Simmons and Carson Wentz. The sound of those names causes many a Philadelphia sports fan to grit teeth. But they weren’t bad players, necessarily; they were bad teammates — and bad Philadelphians who didn’t seem to understand the brotherly love that could have been showered on them.

Unlike Simmons and Wentz, who came here via the draft, Harper unabashedly chose to make Philadelphia his city when he signed here. “One of the most important things to any fan here is a player’s loyalty to the city,” former Phillies manager Rubén Amaro Jr. told the New York Times when asked about Harper’s love of Philly. “When you have someone who says by words and actions that they want to be in Philadelphia long-term and they embrace it, Philadelphia fans love that.”

The opposite of that? Demanding to be traded to a different city, which both Simmons and Wentz famously did.

For Simmons, the break came after months of his refusing to play, incurring fines and causing drama. Stephen A. Smith called him an “atrocity.” Simmons wasn’t here to make friends, and he certainly didn’t when it came to 76ers star Joel Embiid, who called Simmons’s absence “borderline disrespectful” and said their relationship had “run its course.”

Meanwhile, Wentz was completing his own heel-turn, started all the way back in 2017, when he begrudged the Eagles’ Super Bowl run in his injury-related absence. Reports would come out describing Wentz as a selfish teammate, and he reportedly began plotting his exit when he was benched in favor of Jalen Hurts in 2020. Despite getting Super Bowl-winning coach Doug Pederson fired, Wentz still checked out — and we never forgave him. 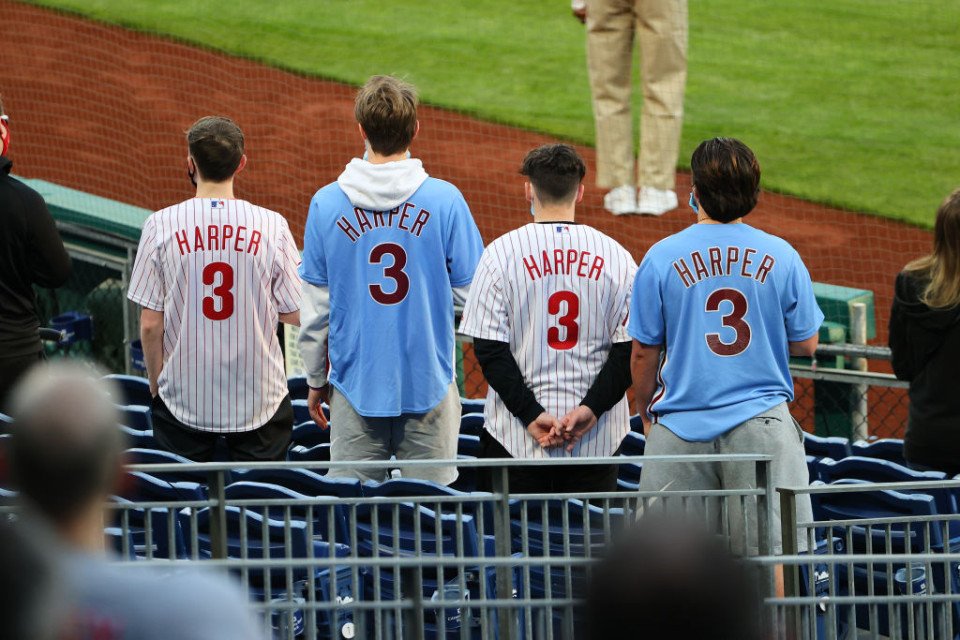 Philadelphia loves a superstar, but we also love minor athletes who do their best and appreciate the fans. “They just want you to work hard,” Harper said  after winning the NLCS. “They want you to play hard. They want you to be who you are. No excuses.” Few cities, for example, celebrate their offensive linemen the way Eagles fans celebrate Jason Kelce. Bench players on the Phillies get their own cheering sections. (Remember Sal’s Pals?)

Do expectations matter? Sure. And while Harper has somehow exceeded our impossibly high expectations, what differentiates him from anti-heroes like Wentz and Simmons is his recognition of the fans and city that loves him back: “Unless you’re wearing Philly red, or you’re a Phillie, they don’t like you. I love that. I love every emotion that they have.”

Bryce Harper explains in detail how much he loves Phillies fans 😍💗 pic.twitter.com/nqiZVUqOO8