Plus, Wawa heads to Alabama (?!) though could potentially scale back its Philadelphia presence. Driving in Philly sucks. And more of what the city is talking about right now. 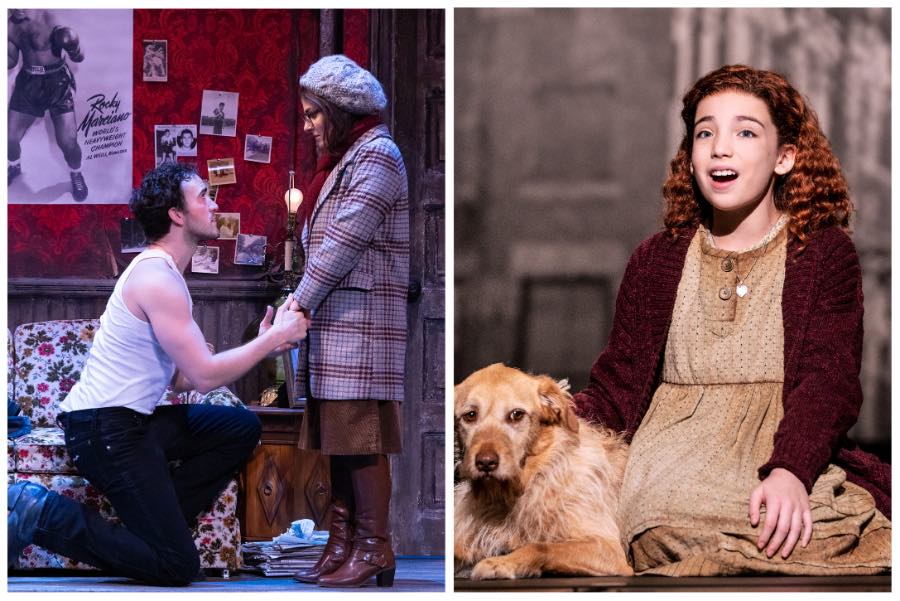 I thought it would be fun to send some folks to see the two big musicals that just opened in town. In one corner, you have Rocky: The Musical at the Walnut Street Theatre. In the other, you have the Annie musical at the Miller Theater, which you probably know by its old name, the Merriam Theater.

For Rocky: The Musical, I sent noted Philadelphia filmmaker Tigre Hill, who is a huge fan of the Rocky franchise and also a fan of musicals, generally speaking. (You can read Hill’s memories of Rocky in my extensive oral history of the movie.)

And for Annie, I sent my daughter and her friend, both of whom are 15 and musical aficionados. (They went to see Six together on Broadway. And they’ve performed in school musicals together. Which pretty much makes them experts, right?)

In his Rocky review, Hill called the musical “cute,” which sounds pretty bad coming from a middle-aged man. “All the show did was remind me of the greatness of the movie,” Hill said. “Which is good and bad, I guess.” Hill noted that the musical wasn’t “nearly as dramatic at the movie.” And he found the fight scenes pretty ho-hum.

Annie fared much better. One of the girls gave it a “ten out of ten” and added that she was happy to see that the musical didn’t line up exactly with the movie. “So it wasn’t predictable.” The only critique I heard of Annie was that the show has a run-time of two hours, forty-five minutes. That is a late night for a family show, particularly one that started at 7:30 p.m. (Earlier showtimes are available.)

Ultimately, if you’re an Annie fan, it sounds like you should go see Annie before it leaves us on Sunday. (That’s a quick run!) And if you’re a Rocky fan, I feel like you kind of need to see the musical (I saw it on Broadway when it debuted in 2014 and loved it, though this version sounds like it doesn’t live up to that one, based on what I heard from Hill and others), just because it’s Philly and it’s Rocky.

And if all of this musical stuff sounds like a bunch of lowest-common-denominator mindless drivel to you, definitely go see Those With Two Clocks at the Wilma.

You May Have to Travel Further to Get Your Wawa Shorti

Wawa is expanding into Alabama, of all places (and I definitely had a good laugh at the Alabama reporter who said that Wawa is known for it’s “gourmet food”). But it sounds like Wawa could exclude Philadelphia from its future expansion plans, according to one city official (although Wawa hasn’t commented on that report).

I don’t normally publish stories in the evening hours, so you may have missed the one I published about WMMR on Wednesday night as the Phillies tried their best (or maybe not) to beat the Braves. In short, WMMR is in a state of upheaval thanks to major changes brought on by the station’s corporate overlords. And morale at WMMR is in the shitter, as I discovered when I talked to several WMMR sources. You can read the full story here: “Chaos at WMMR: ‘A Really Dark Day in the Station’s History'”

Everybody has their favorite Abbott Elementary character. And, frankly, it’s a close battle between most of them. But I have to say, I do love me some Melissa Schemmenti, maybe just because she reminds me of my South Philly aunts from back in the day. Check out this fun Variety interview with Lisa Ann Walter, the woman who plays her. (Naturally, Walter was making meatballs during the phone interview with Variety.

Electric vehicles are great and all that, but charging them in Philadelphia can be a challenge.

Why Don’t You Tell Me Something I Don’t Already Know?

Philly is the worst city in the country for drivers.

And from the “What, Me Worry?” Sports Desk …

What do you want first: good news or bad news? We’ll start with the semi-neutral: The Phils game slated for 4:35 p.m. Wednesday didn’t get started until 7:35 due to a rain delay. The sun did come out in Atlanta just before the start, and there was even a rainbow! Not a great omen there. …

The playoff time shift meant the Phillies game was opposite the Sixers’ final pre-season bout, against the Charlotte Hornets. The first string started this time — Harden, Embiid, Maxey, Harris and Tucker — though the kids had been doing just fine, with a record of 4-0 prior to this game.

Joel scored the first basket, and Maxey scored the second. After that, it was a seesaw all game, with Charlotte up 56-48 at the half. But by the end of the third, our guys had clawed back to be up by two, and in the end, they won 99-94, to go undefeated in the preseason. Opener is against the Celtics in Boston next Tuesday at 7:30.

Meanwhile, over on Fox, the announcers kept talking through every single goddamn second of the Phillies game, making us grind our teeth for three freaking hours. They were insufferable. They really make one appreciate the Phils’ stellar TV and radio teams.

Oh, the game itself? It was a pitcher’s duel, with neither Phils starter Zack Wheeler nor the Braves’ Kyle Wright allowing jack until Wheeler whacked Ron Acuna Jr. on the elbow with a pitch in the bottom of the sixth. “He is in agony,” Joe Davis helpfully informed us as Acuna writhed on the ground. Karma alert: Acuna took first and scored the initial run in an Atlanta flurry that left them up 3-0 at the start of the seventh.

The Phils never did get anything going, as the hometown crowd, despite waiting through that three-hour delay, remained deeply invested in the game.

There was an interesting hitch in the final moments when, with two outs and Kenley Jansen pitching to Bryce Harper, third baseman Austin Riley snagged a pop fly up against the netting that might have been in the netting, which would have made it a dead ball. Instead, game over. Oh, no, wait, wait – the ump ruled it did hit the netting! Eh, Harper struck out in the end. Series tied, 1-1. Hey, more baseball! Next game’s at home at Citizens Bank Park on Friday, at 4:37. God bless the working man. —Sandy Hingston