Philly Today: I Just Voted. Here’s How You Can Too

It all begins today. For me, the process was quick and relatively easy. 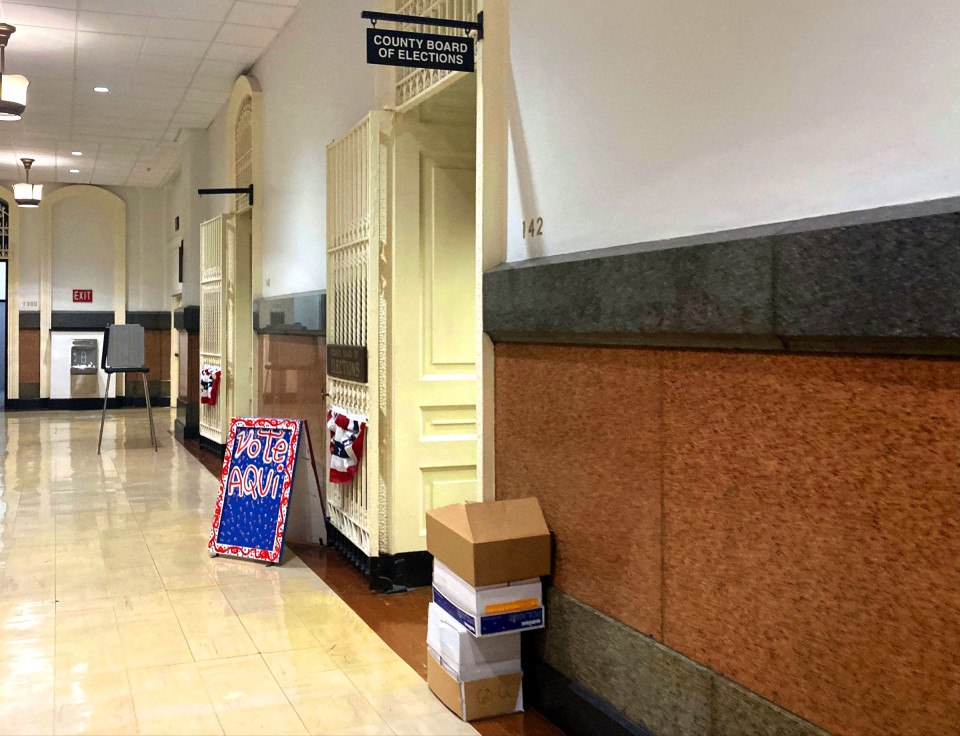 I Just Voted. Here’s How to Do It

If you’re like most people I know, voting in this midterm election feels more important than in prior midterms. No matter what side of the aisle you are on, you probably feel like we are on the precipice of something very good or something very bad. That’s why November 8th is so damn important.

But you don’t have to wait until Election Day to cast your vote in Pennsylvania. We are now (as of Tuesday at 9 a.m.) in a so-called “early voting” period in the commonwealth. (Note that election officials cannot actually count these early votes until Election Day.) And I cast my vote this morning at City Hall. It was quick and relatively easy. I was the first person in the city to avail themselves of this privilege at City Hall.

The hardest thing about voting in Philadelphia this morning was parking, this being Philadelphia. But I finally managed to find a spot on the corner of 15th and Walnut at a meter with a one-hour limit.

I parked at 9:35 a.m. and hoofed it over to City Hall. It’s important that you know where you’re going. The Board of Elections office is in Room 140 and is open from Monday through Friday, 9 a.m. to 5 p.m. You want to go through the southern archway at City Hall. Walk just a bit, and you’ll see this doorway to your right: 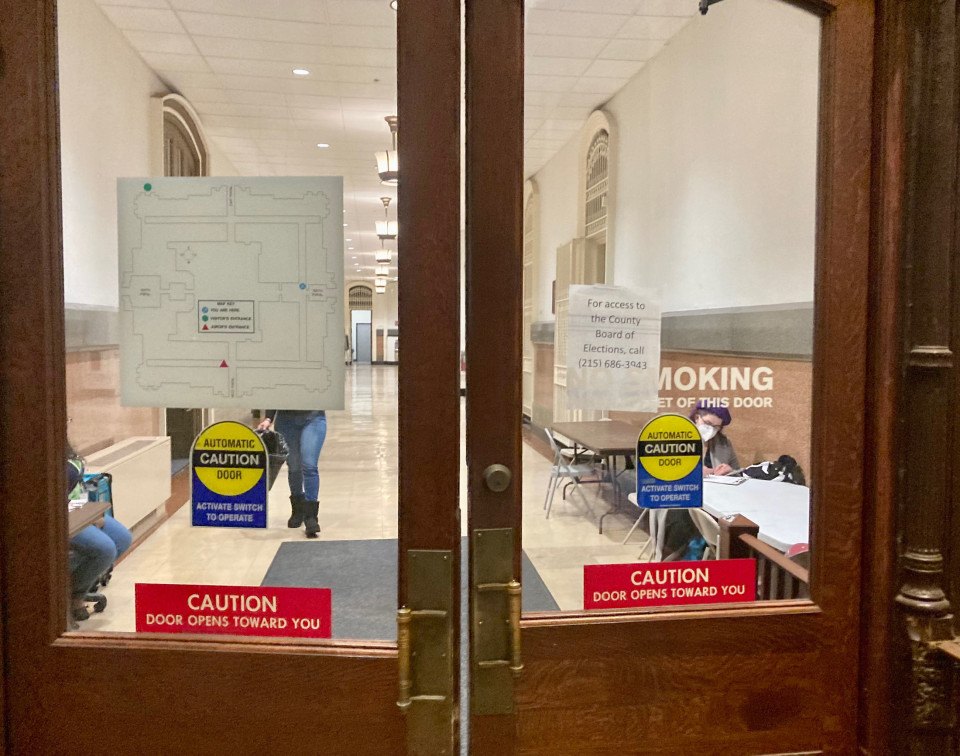 A woman sitting at a table near the doorway greeted me. She gave me an application for a ballot that asked for the basics. (They have these applications in a bunch of different languages.) Once she reviewed my application, she sent me down the hallway to Room 140.

There, an employee took my application and driver’s license. I asked about the photo ID part and was told that I didn’t need ID but that providing ID would save about 20 minutes. A few minutes later, a big machine in the corner printed out an individualized ballot.

The staff sent me out into a privacy booth in the hallway. There, I used a pen to fill out the paper ballot, making absolutely sure to fully color in the oval next to my candidates. Then I put the ballot into a blue privacy envelope. And then I placed the sealed privacy envelope into another envelope, completing a declaration on that envelope. It’s very important that you do this correctly. If you’re unsure, ask the helpful staff. 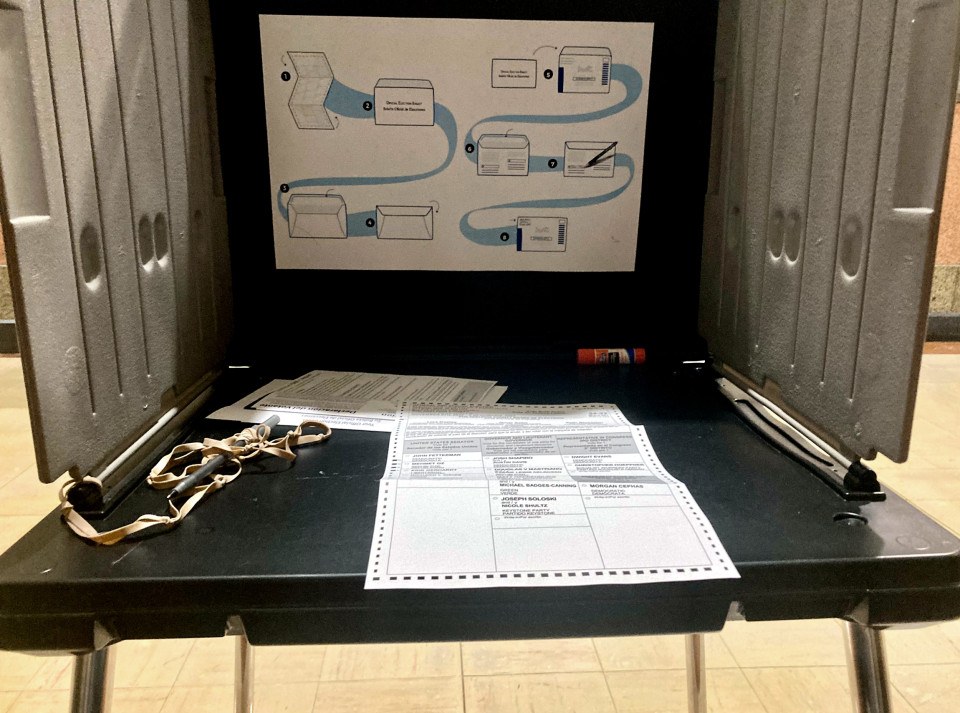 Once the staff verified that everything looked good, they sent me back to the woman inside the doorway who had given me the application. And she instructed me to drop my envelope into a slot in a ballot box.

If you don’t want to go to City Hall, you can still vote early. Apply for a mail-in ballot here. (Former City Commissioner and current Committee of Seventy head Al Schmidt told me the first batch of mail-in ballots just went out this weekend and should be arriving at homes any day.)

Once you carefully complete the mail-in ballot process (follow these instructions to a T), drop your ballot in the mail, or you can use one of these handy 24-hour drop box locations:

And before you ask … because people always ask … yes, you can always show up at the polls on Election Day even if you’ve applied for a mail in ballot, insists Schmidt, just so long as you haven’t mailed it in. If you have a mail-in ballot, you can surrender it at the polling place and vote the old school way. Or if you lose it, or if it never showed up in your mailbox, just go to your polling place on November 8th and ask to vote by provisional ballot.

No matter how you do it, vote. There are no excuses.

And From the Man, It Never Stops Sports Desk …

Still dining out on the Phils’ wild-card sweep of the Cardinals? You’ll enjoy this Jomboy Media video of distraught Cards fans mourning their team’s failure: “I never want to watch baseball again!” And while we’re on the topic of the Phils, team management just excised the “interim” tag from Rob Thomson’s ID and gave him a well-deserved contract through 2024. Thomson took over for Joe Girardi on June 3rd with the team record at 22-29 and finished the rest of season 65-46 to snatch that wild-card berth.

Hard to believe, with all the weekend’s sports excitement, that we lost track of the Sixers’ pre-season. Then again, in basketball, “excitement” and “pre-season” don’t really go together. Still, we were psyched to see our guys take care of the Cleveland Cavaliers again last night, this time handily, even without Joel Embiid and Montrezl Harrell playing. The Sixers got out to an early lead and never lost it, though they came damn close in the third, dropping to just three points up before finally regaining their footing and a 113-97 victory. Tyrese Maxey was outstanding, with 19 points in 27 minutes; Matisse Thybulle hit three threes!

Oh, and the Phils’ series with the Braves begins this afternoon at 1:07 in Atlanta. Catch it on ESPN, if you can do so stealthily. — Sandy Hingston