Plus, models from all over the country sue yet another Philly strip club over photo use, Vox delves into Krasner impeachment, and more of what the city is talking about right now. 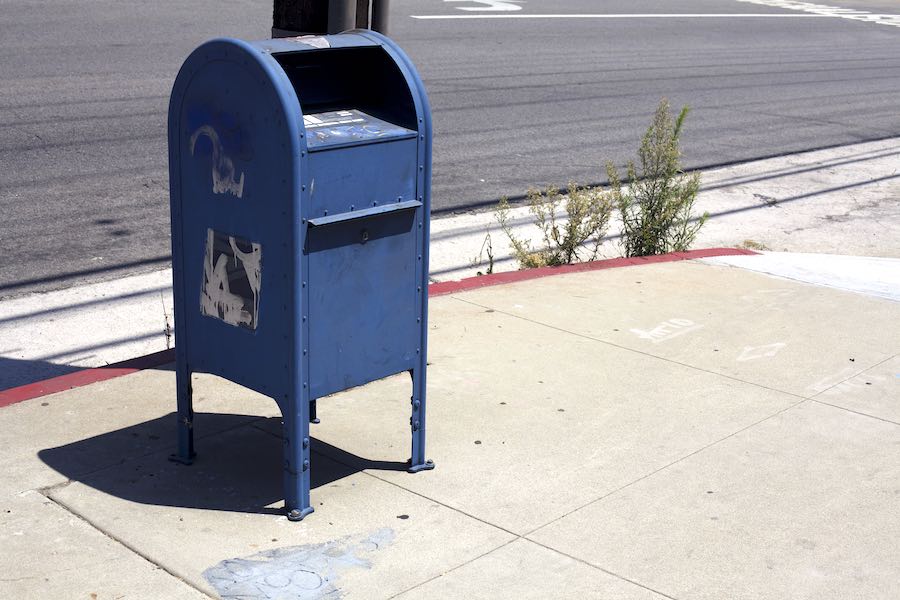 A United States Postal Service blue mailbox, like the one at the center of the stolen checks caper outside of Philadelphia in Delco / Photograph via Getty Images

So That’s Where My Check Went

United States Attorney Jacqueline Romero announced the arrest of two men from Philadelphia (Sam Wolo, 21, and Bruno Nyanue, 20) and one from Clifton Heights (Gransae Manue, 20), accusing them of robbing a USPS letter carrier of his USPS Arrow Key (it’s the key they use to open those blue mailboxes), stealing a bunch of checks from mailboxes in Drexel Hill, and altering the stolen checks so they could deposit the money into accounts they had access to. The scheme involved hundreds of stolen checks (some over $10,000 each) and some money orders as well.

“The United States Postal Service provides an essential service to nearly every American, often conveying income, bills and expenses which are the basis of many livelihoods,” said Romero in a statement. “If you choose to tamper with or steal U.S. mail for any reason, you can be assured that the federal government will conduct an intensive investigation and aggressive prosecution, as we intend to in this case.”

“People continue to use and rely on the U.S. Mail to pay bills, conduct business, send letters and cards, and send and receive goods, among other things,” added Raimundo Marreo, a postal inspector. “They should be able do these things without fear that their mail will be stolen.’

We’re not exactly sure how they do this math, but Wolo faces a maximum of 236 years in prison if convicted in the stolen checks scheme.

About That Larry Krasner Impeachment

Models Sue Yet Another Philadelphia Club Over Photo Usage

Yesterday afternoon, we told you that 17 models including Carmen Electra and Ted Lasso‘s Keeley Hazell had sued a Northern Liberties dance club and a Southwest Philly strip club, claiming that the clubs used their images without permission in ads, promos and social media posts. And now we’ve learned that some of those same models and others are suing yet another establishment for the same thing. On Tuesday, after we published that story, 12 models filed a federal lawsuit against Vanity Grand Cabaret, a strip club in Southwest Philly that appears to have closed. A representative of Vanity Grand Cabaret could not be reached for comment.

A new Georgian place just opened at Reading Terminal Market. (I’m assuming it’s obvious, but we’re talking about the country — not the state. Though we’re sure the state has great food, too.)

There’s an ongoing battle here at Philly Mag. There are those of us who love soccer and are constantly pitching stories about the Philadelphia Union. And there are others, like me, who couldn’t care less about soccer or the Philadelphia Union. Oh, don’t get me wrong, when the whole World Cup thing (I’m not 100 percent sure what the World Cup is, but I’ll figure it out by then) comes to Philly in 2026, I’m sure I’ll be into it thanks to the excitement and attention that it brings, though not thanks to the sport itself. Anyway. For those of you who do care, the Philadelphia Union just announced a massive new $55 million waterfront complex that it hopes to open as early as next year.

And from the Oh Hell Sports Desk…

By 9:30 p.m., when I got out of my weekly volleyball outing, the Astros were up 8-0 at the end of the fifth, and radio announcers Scott Franzke and Michael Bourn were busy mentioning Houston starter Justin Verlander’s ongoing no-hitter as many times as they could to try to jinx him.

The Astros brought in Hunter Brown to pitch the sixth, along with a phalanx of defensive subs. Still nothing doing for the Phils, though, who would counter with recently shaky reliever Seranthony Domínguez. He promptly allowed a walk, a double and a single. Another run scored. And another single, and another run scored. Score entering the ninth: 10-0. Granted, a lot of regulars hadn’t played in the game (the announcers coyly mentioned they may have imbibed some adult beverages on Monday night after the clincher), but the lopsidedness portended a hairy post-season run.

In the top of the ninth inning, the Phils faced pitcher Will Smith, still with no hits; all they had so far were two measly walks. It didn’t seem right that a dude named Will Smith should further punish Philadelphia, and sure enough, Garrett Stubbs got a hit — no no-hitter this time!! Then came a flurry of a rally: Bryce Harper singled. Alec Bohm singled! Bases loaded. Darick Hall struck out. Brandon Marsh up. Struck out. Bryson Stott up … and he struck out swinging. Oh well.

Meantime, the Brewers beat the Diamondbacks, 3-0, but the baseball gods say it doesn’t matter; even if Milwaukee wins on Wednesday and the Phils lose their regular-season finale against the Astros (it starts at 4:10), we’re all good. Math isn’t my strong point, so I choose to believe. — Sandy Hingston