Shakeup on Council Is Good, But These Former Councilmembers Leave Big Shoes to Fill

With the resignations of Councilmembers Domb, Green, Parker and Quiñones-Sánchez, City Hall will never be the same. There's some good to that, but their presence on Council will also be missed. 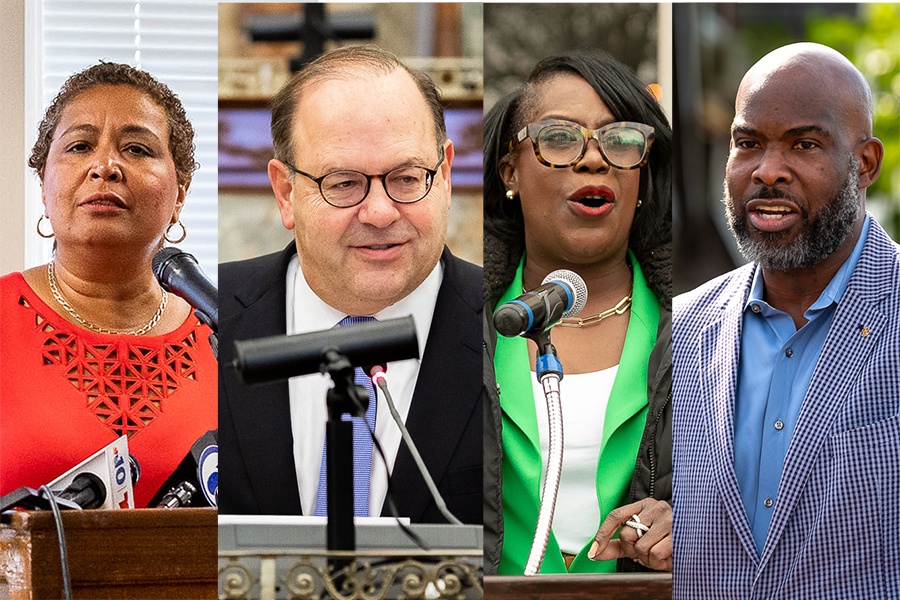 We knew this day would come. I called it a few weeks ago.

At first glance, this is exciting news. I certainly can’t recall so many elected city officials resigning to run for Philly mayor all at once. The resignations just before City Council resumes also allow for a quick special election (just called by Council President Darrell Clarke) to fill the the open district seats, ensuring two fresh faces in office before next year’s primary. The coming infusion of new Councilmembers will certainly change the dynamic in City Hall.

That is both promising and bittersweet. I was a big fan of some of those who resigned and didn’t tend to agree with others. But they had all carved out specific niches in the city’s legislative body.

Take Maria Quiñones-Sánchez. For nearly four terms — all won without the support of the Democratic establishment — she’s proven that you can be electable without compromising your principles. (She opposed the soda tax, was the only one in City Hall who called on now-disgraced former City Councilmember Bobby Henon to resign, and has supported cutting the business tax.) With her departure, there are no Latinos on City Council. For what it’s worth, this major void should remind voters of the importance of electing another diverse, anti-establishment voice — one with a track record of succeeding in spite of what’s politically trendy with her elected peers.

The departure of two-term Councilmember-at-large Derek Green is another significant loss. Green was sort of the ideal at-large elected: He avoided controversy and focused on getting shit done. Over the years, his approaches to citywide problems were both business-savvy (such as advocating for a public bank and wage-tax cuts) and on the side of social justice (proposing and passing an anti-discrimination bill that would enforce tougher consequences on businesses that violate the city’s Fair Practices Ordinance). With so many polarizing figures on City Council, we’ll miss how practical, chill and effective “No-Drama Derek” Green was. I hope voters will elect a similar person to replace him.

And while I’m personally indifferent to the exits of Cherelle Parker and Allan Domb, I can’t deny their presence in City Hall. For nearly three terms, Parker has been a political powerhouse for her Northwest district. Following in the footsteps of former City Councilmember (and bona fide kingmaker) Marian Tasco, Parker has embraced her position as a leading Black woman in Philly politics. Her loyalty to the Democratic establishment (she’s rarely criticized Mayor Kenney and has fueled the Northwest Coalition’s blocking of progressives) has ruffled feathers, representing a problematic, old-school faction of politics.

Domb’s tenure on City Council was something of a social experiment: Could a wealthy businessman do the work on Council rather than simply funding others? To Domb’s credit, he was no slouch on the job; ask anyone, and they’ll tell you he works. He notably didn’t take a salary; he did take big stances (such as passing a wage-tax refund and calling for term limits) and didn’t mind calling Mayor Kenney out on his response to the city’s gun violence epidemic. But it’s been hard for him to convince some of us that his other role as a developer wasn’t a conflict of interest.

Two new Councilmembers will be chosen by special election, and they’ll essentially be party picks, so it’s unlikely we’ll see major change immediately. But when the primary rolls around in May, voters will get a say in how these openings on Council should be filled.