Plus: Fetterman to debate Oz. And more of what the city is (or should be) talking about. 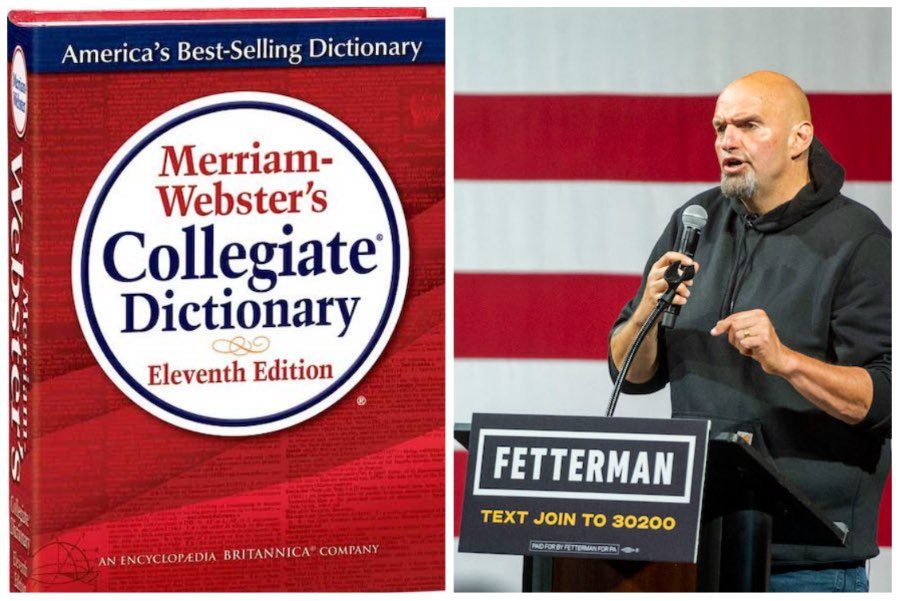 Every year, Merriam-Webster introduces its list of new words. And every year, we sit here like little word nerds waiting for that list. Because we just know that, eventually, the people who make those decisions will see the light and add the oh-so-Philly “jawn” to the dictionary. After all, when you have a lawyer from Florida whose name is John Morgan advertising on billboards and buses in Philly by changing “John” to “Jawn,” this pretty much solidifies the word’s legitimacy, right?

Alas, the Merriam-Webster new word list just came out, and there’s no “jawn.” The list includes an utterly whopping 370 new words. Among them: yeet, janky, lewk and pwn. Yes, pwn. P-w-n. Like “jawn.” But with a “p.” And no vowels. At least jawn has a vowel!

Well, we may have to wait until next year for jawn. But on the bright side, they did give us “adorkable.” And we are definitely dropping that in Scrabble real soon.

OK, So Who Else Wants to Be Mayor?

Pretty soon, we’re not going to have anybody left on City Council. Allan’s out (though he hasn’t announced a mayoral run… yet). Maria’s out. Derek’s out. And now, Cherelle Parker is out, because she, too, wants to be mayor.

I resigned from City Council today so that I could begin the process of running for Mayor. I’m ready to step up and lead. pic.twitter.com/9sGAcXcmXt

Parker served the 9th District (think: Northwest and Northeast) for a little over six years. Before that, she was a State Rep.

City Council’s first meeting for the upcoming session is on September 15th. Council is supposed to have 17 members on it. As of Thursday morning, we were down to 13. Anybody want to make it 12? 11?

We’re still waiting for official word about special elections to replace the members who have resigned.

The Fetterman-Oz Debate: It’s On!

We’ve been wondering for weeks and weeks when John Fetterman would debate Dr. Oz. Finally, we have our answer. According to a statement put out by Fetterman, he will square off against Oz in a no-holds-barred steel cage death match (OK, it’s a debate, but it’s fun to dream) sometime near the end of October.

Oz’s camp had been publicly wondering why Fetterman hadn’t yet agreed to a debate, interjecting his recent stroke into the matter by saying things like Fetterman “is either healthy and dodging the debate because he does not want to answer for his radical left positions, or he’s too sick to participate in the debate.”

Fetterman has suffered some auditory processing issues as a result of the stroke, and his campaign wants to make sure he’s accommodated in any televised debate, which has reportedly led to the holdup in any firm commitment. But Fetterman made it clear on Wednesday that the debate will happen, saying, “We’re absolutely going to debate Dr. Oz, and it was always our intent to do that.”

946. That is the number of carjackings or attempted carjackings so far this year in the city, according to the Philadelphia Police Department. Last year, we made it through the entire year with “just” 847.

6ABC put together this interactive map of carjacking hotspots. The police districts most affected: the 22nd, 24th, 25th and the lower end of the 15th.

Police say most carjackings happen when a person is sitting in their car parked on the side of the road. Their best advice is to not sit there. Get in your car and drive away and when you get back, park and get out right away.

And From the Sports Desk…

Proving that football fans will do any goddamn thing whatsoever while they sit around and wait for the season, the Inquirer yesterday unveiled a thingamabob that let readers viewers peruse team uniforms of the past and design their own permutations to suit up cute lil’ cartoon Birds.

They also asked prominent localites for their uniform faves, which yielded such fascinating tidbits as Gritty’s choice for ideal base color (“Mauve. It’s dynamic, it’s rich, and everybody looks good in mauve”) and Mayor Kenney’s response to the same question (“No comment.”).

Oh, and our morning emails brought a fresh “survey” of NFL fans from USBetting.org, revealing that Eagles fans are cheap cheap cheapskates because they only plan to spend $36.90 each on food on game days this season, as opposed to, say, the profligate Miami Dolphins fans, who intend to lay out $79.80 apiece. All together now: Analytics suck! And we all love wings!

Phils pitcher Bailey Falter’s name has already vaulted near the top of our all-time-favorite Philly sports names list (“He bails! He falters!”), right up there with Dikembe Mutombo, Kimmo Timonen, and the late, lamented Didi Gregorius. We also had to admire how the intense humidity (a.k.a. rain) on the field last night curled his blond locks into perfect ringlets. New center fielder Brandon Marsh wasn’t so lucky; after he played a fly ball well, John Kruk said dryly to sidekick Tom McCarthy: “It ain’t all Grizzly Adams.” Marsh’s drenched hair and beard made him look even more scruffy than usual. We don’t mind some scruff. The Phils got the 4-3 win — their second straight; it’s good to be home! — but the best thing about the game may have been that lowering, ominous dark sky. —Sandy Hingston