The Worst of Philly 2022: From Jawn Morgan to Pete Rose to Wawa Soft Pretzels

The 20 people, places and, yes, Wawa menu items that made us utterly cringe 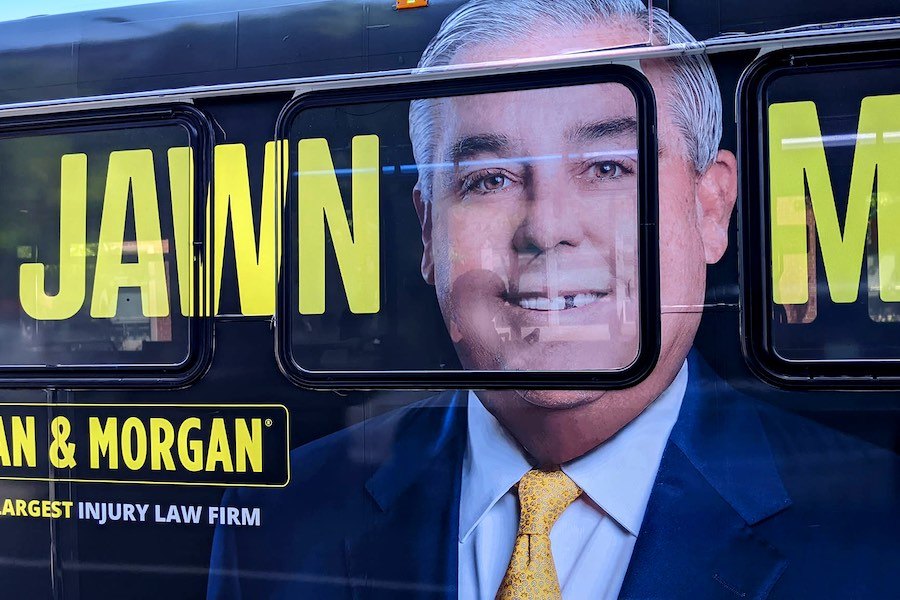 Jawn Morgan joins the ranks of Worst of Philly winners, along with Pete Rose and the Melrose Diner / Photograph courtesy of Robin Parry

Now that we’ve given you enough time to properly digest the utterly extensive and unimpeachably awesome Best of Philly 2022, it’s time for a trip to the dark side: the people, places, ideas and, yes, convenience-store snacks that take us down a notch or three. It’s the Worst of Philly!

It would be easy to call the newish Wawa hamburger the worst food at Wawa. Yes, it’s treacherous. But it was always going to be.

The thing about Wawa soft pretzels is that they used to be good, or at least a passable snack to grab when you didn’t have time to wait for somebody to make you a meatball Shorti with provolone, parmesan and oregano. But something has changed.

A Wawa spokesperson swears they haven’t altered the Wawa soft pretzel in more than two years, but recent examples we’ve encountered have been bland, bready and damp, like a low-quality roll made soggy by wet lettuce. Also: Good luck finding one with a respectable amount of salt. Where’s my NaCl?

A lazier reporter would hand this Worst of Philly award to Dr. Oz and his crudités. But we must give credit where credit is due, so Florida-based personal injury lawyer John Morgan and his multitude of “Jawn Morgan” billboards that have kidnapped the very-Philly term get the nod. At least in the case of Dr. Oz, there’s a chance we’ll never see his face again after November. As for Jawn Morgan, there will always be ambulances in need of a chase.

Precisely the type of far-right, gun-crazed Christian nationalist lunatic that has tarnished the Republican Party’s name. Maybe Ronald Reagan wasn’t so bad after all.

Not just a gross pig, but a gross pig who happens to be one of the most overrated players in Major League Baseball history.

Like all the copies of Fifty Shades of Grey at every public library on the Main Line in the Summer of 2011: completely checked out.

For this entry, I consulted with Philly Mag food editor Hannah Albertine, who had this to say:

This summer, Herr’s launched a limited-edition series of “voter-submitted” Philadelphia-inspired chip flavors. Of the three, the 215 Special Sauce chips are by far the least edible.

While I wouldn’t have guessed that the combo of salt, pepper, Heinz ketchup and hot sauce — for which Philadelphia isn’t even particularly known — would evoke the sensation of chomping on a barbecue chip dropped in a puddle of cotton-candy vomit, that’s exactly what is happening here.

When I picked up a bag of these babies at a Delco deli a couple weeks ago, the woman behind the counter said, “I urge you not to buy this; not even the birds outside will eat it.” You’ve been warned.

As if being responsible for After Earth wasn’t bad enough.

Maybe hire a, I don’t know, Philadelphian to write a travel guide to the city?! Kudos to Billy Penn’s Beatrice Forman for calling out the national publication on its literal fake news.

He presided over the Philadelphia Parking Authority and its nepotism and patronage for years until he was forced to resign six years ago amid accusations of sexual harassment from two women who worked there. Naturally, he resigned with a $12,885-per-month pension, making him the city’s highest-paid pensioner. Because of course. And these days? In June, the Philadelphia Republican Party elected him chairman. The helm of the local GOP seems like the perfect place for a guy like him.

People get enraged when somebody lights up a cigarette on the beach half a football field away from them. But they think nothing of liberally spraying their nasty SPF into the breeze. And they somehow inevitably do this upwind from where you’re sitting in your chair, enjoying your hoagie. So instead of tasting capicola, raw onions, oregano and hot-pepper hoagie spread, all you can taste for the next 30 minutes is homosalate, octisalate, octocrylene, zinc oxide, and triethoxypaprylysilane. Yuck. Stick with the lotions.

No, not the greenheads. These things.

Somehow, more than five years after SEPTA launched its famously annoying SEPTA Key fare-card system, we still can’t pay for multiple riders with the same card on the same trip, the way you can in cities like Boston and New York. Earlier this year, SEPTA elicited cheers when it announced in an online post that the feature was finally available. Alas, the post was a mistake. The agency claims the multiple-rider feature will debut sometime before the end of 2022. I’ll believe it when I swipe it.

Seriously, Philly drivers have gone off the deep end in the past two years. I’m not saying we were the best drivers to begin with, or even remotely courteous. But the current antics — drivers zooming right through stop signs without even slowing down, going through very red lights when there’s no opposing traffic, cutting people off left and right and then shooting traffic-law-abiding citizens dirty looks or vulgar gestures — are downright ridiculous. Be careful out there.

While very few people were looking, enormously wealthy developers got their hands on 350 acres of city-owned land that was home to deer, hawks, foxes, and all sorts of other flora and fauna and gutted it of hundreds upon hundreds of trees, including some that were more than 100 years old. Why? To build another golf course. Teed off!

The amateur-hour bar version of Restaurant Week, but instead of twice a year, every Wednesday night. No thanks.

Worst Reporter to Follow If You Need an Occasional Dose of Good News: Steve Keeley

The perpetually orange Fox 29 reporter who once almost got run over by a snowplow has a knack for making Philly sound like an absolutely terrible, apocalyptic place to be, morning, noon or night. You gotta lighten up once in a while, Steve.

There was a lot of concern and confusion when reports emerged that the Melrose Diner was going to be torn down. As it turns out, at least if the owner of the diner is to be believed, the Melrose isn’t going anywhere. Too bad. As is true of many diners these days, the food and service at the Melrose have been terrible for the better part of two decades — a real decline from the iconic restaurant’s heyday. Bring on the new. It couldn’t be any worse.

It used to be that you could walk all around the Fairmount Water Works and get peerless views of Boathouse Row, the Schuylkill River and the skyline. But the city has privatized most of the space, allowing Cescaphe (yes, that’s the wedding and events company being sued by couples over COVID-era wedding refunds) to set up shop all over it, making the vast majority of the grounds inaccessible to the public — the same way the city screwed up Franklin Square by allowing the Chinese Lantern Festival to take that over each year. Public space should be public space.

Remember when you were a kid and could walk into the school’s library to find a good book to read and a friendly librarian to nurture your love for literature? Good luck finding that in Philadelphia’s public schools these days. Among our 200 public schools, there are fewer than 10 libraries staffed with real librarians. Hopefully, some of the record funding our school district is getting from Harrisburg will go to change that, especially since our Free Library system is woefully insufficient, with not a single branch open on weekends.