In a just-filed federal lawsuit, detectives Danielle Slobodian and Shawn Leahy say they've been labeled as "rats" for complaining about police overtime practices and other problems on the job. 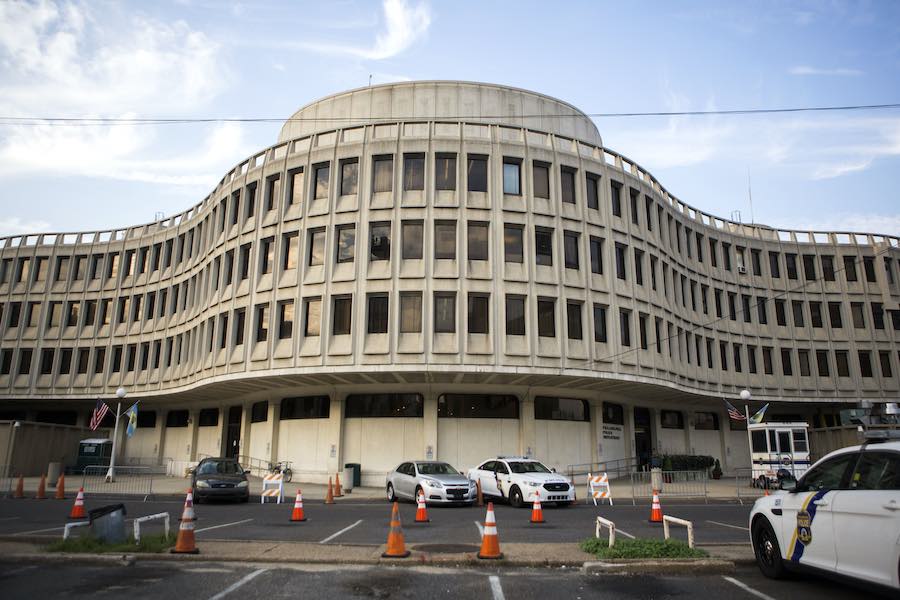 The headquarters of the Philadelphia Police Department, which finds itself the center of a new lawsuit filed by two homicide detectives who allege rampant overtime abuse and sexual discrimination and harassment (Getty Images)

Slobodian joined the force in 2004 and quickly rose through the ranks, eventually earning her homicide shield in 2017, when, she says, she was one of only three women on active line duty — as opposed to desk duty — in homicide. (The suit notes that as of today, there are six female homicide detectives out of 77 detectives within the unit.) Leahy became a Philly cop in 1998; he landed the homicide position in 2011. The two became engaged in 2019 and thereafter became partners on the job.

Both allege that during their time in the homicide department, they’ve found it to be a hostile workplace in which women are treated like “second-class citizens” and where a “Boys will be boys” culture is fostered. This culture has been well documented in similar lawsuits against the Philadelphia Police Department over the years.

“This case mirrors issues that have plagued the PPD homicide unit for over 30 years,” says attorney Patricia V. Pierce of the Center City firm Weir Greenblatt Pierce, which is handling the suit. “Carol Keenan, the first woman homicide detective, brought a gender discrimination and harassment case in 1988 that should have, but obviously has not, changed the ‘boys’ club’ atmosphere that pervades the Unit. Our clients trust and hope that this time will be different, but change can only happen if it is made and enforced from the top down.”

Slobodian says that on her first day on the job in homicide, her lieutenant called a meeting of all new homicide detectives and in it asked Slobodian if she had any children but didn’t ask the new male detectives the same question. She claims that when she told her lieutenant that she did, he told her she didn’t belong in homicide. She says he later made similar comments to her and suggested she probably just “shopped all day” rather than working.

The suit also alleges that female detectives are routinely and unfairly put on desk duty — essentially a demotion, because line duty is where police work overtime and, therefore, earn more money — when the circumstances don’t warrant it. Sometimes, the suit claims, a homicide case might be assigned to a female detective, but even though it’s supposedly “her” case, upper management sends in male detectives to override her authority, telling the woman to “stay home.” Slobodian also claims a male detective once told her, “You have your hair down today; I guess you are whoring it up.”

As for the allegations surrounding overtime, Leahy and Slobodian claim in their suit that some of the detectives and managers do all they can to run up as many overtime hours as possible, wasting taxpayer money in the process. One technique is to intentionally misclassify a suspected murder as self-defense so a detective will spend time completing the self-defense paperwork, only to have to go back and complete a new set of paperwork “when, inevitably, the investigation demanded that it be upgraded” to murder. More paperwork, more hours.

In other cases, they claim, witnesses are left to sit for hours even though detectives are available to interview them, so that detectives can push the interviews until later in the day and then claim more overtime hours, often working overnight.

According to the suit, “Some supervisors, such as Lieutenant [Daniel] Brooks and [Hamilton] Marshmond, routinely ratified and approved this scheme of bilking overtime, and would sit around with the detectives doing nothing, so everyone (supervisors included) could claim overtime.”

Leahy and Slobodian say they refused to “engage in efforts to bilk the City for excessive overtime” and that their fellow detectives retaliated against them in a variety of ways, culminating in Lieutenant Brooks allegedly threatening Leahy with violence.

The two complained to their captain, Jason Smith, about the mistreatment and overtime practices but say that instead of fixing the problem, he retaliated against them, including by splitting them up as partners. When they were partners, they were able to keep the same hours, because they were working the same cases. It was convenient and good for their relationship, they say. But once they were split up, they often found themselves working vastly different hours. They say they were also denied “legitimate” overtime while other detectives were granted overtime that was unnecessary. Slobodian filed a complaint with the Investigative Affairs Division (IAD) — a claim that, according to the suit, is still active.

Eventually, Slobodian and Leahy say, they were completely “frozen out” of the unit, with Lieutenant Brooks and his detective friends making hostile comments about them, including calling them “rats.”

On January 29th of this year, Slobodian says, Captain Smith told her he wanted to meet with her because he’d heard that “she had problems with him.” In the suit, she says she believes he must have read the confidential report she gave to IAD about him and other matters. Slobodian asked that a representative from her union or IAD be present but says Smith denied those requests and instead told her he would question her on February 1st.

Slobodian had her lawyer contact one of the city’s attorneys to object to the meeting, which was quickly canceled without explanation. Then, on February 2nd, Smith’s boss met with Slobodian and told her she would once again be able to partner with Leahy.

Since then, the homicide unit has moved to a smaller space on North Broad Street, where, according to the suit, Slobodian and Leahy are forced to share a tiny single-person cubicle — the only partners put in that position.

“In the new building, the hostilities continue towards Detectives Slobodian and Leahy,” reads the suit. “Detectives Slobodian and Leahy find a detective keeping watch in the aisle in front of their cubicle to warn other detectives when the two arrive/leave to use the restroom, so they can stop talking about them on a near-daily basis. They continue to be treated as ‘rats,’ and even sympathetic co-workers are afraid to be seen fraternizing with them.”

The suit seeks unspecified damages and comes at a time when City Controller Rebecca Rhynhart and others are raising serious concerns about the Philadelphia Police Department’s $727 million budget.