A Bunch of Philly Teens Are Touring the Country With Jon Anderson, Founder of the Rock Band Yes

Here’s how 25 young musicians connected with a 76-year-old singer whose biggest works date back to before some of their parents were born. 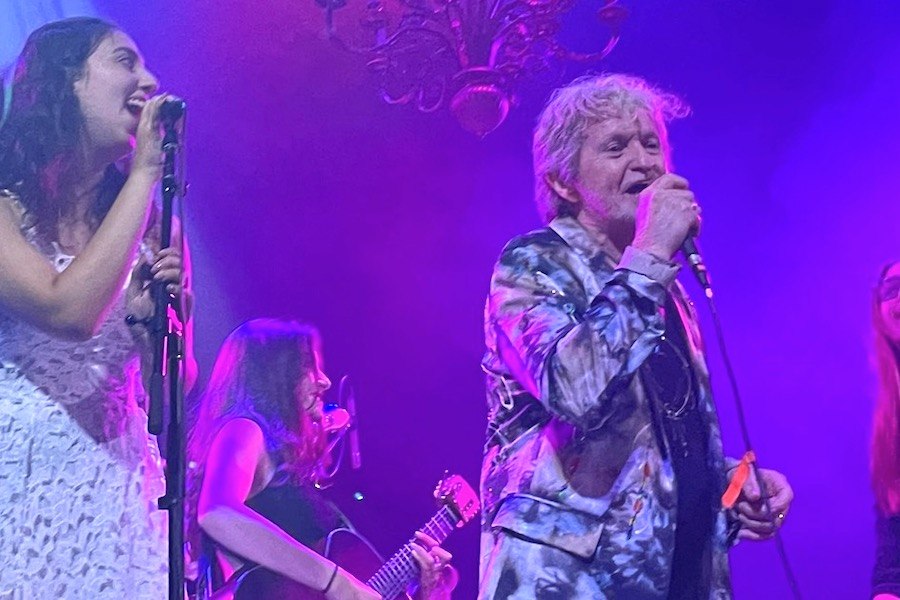 At the beginning of September, when teens and teachers ask that ubiquitous start-of-the-school-year question “So, what did you do this summer,” the responses tend to include things like: “Oh, we went to the beach” or “I got a job at Taco Bell” or “I watched literally everything on HBO Max.” But if you’re Lansdale’s Gabby Gonzalez or one of 24 other teens from the Philadelphia area, you can say you went on tour and performed with preternaturally high-pitched singer Jon Anderson, founder of the legendary prog-rock group Yes.

Granted, most of your fellow students would probably look at you in puzzlement, their playlists more likely to be packed with options like “Thot Shit” by Megan Thee Stallion and “Levitating” by Dua Lipa than, say, “Siberian Khatru” or “Starship Trooper” or “Heart of the Sunrise” — all songs written and sung by Anderson, who’s now 76, back in the early 1970s. Hell, your fellow students’ parents might not have even been born when those Yes songs came out.

The Jon Anderson tour kicked off in Woodstock, New York, on Friday (read a review here) and continues through August 28th, with local stops at Phoenixville’s Colonial Theatre this Saturday (it’s sold out) and Ardmore Music Hall on the Main Line, tickets for which just went on sale. 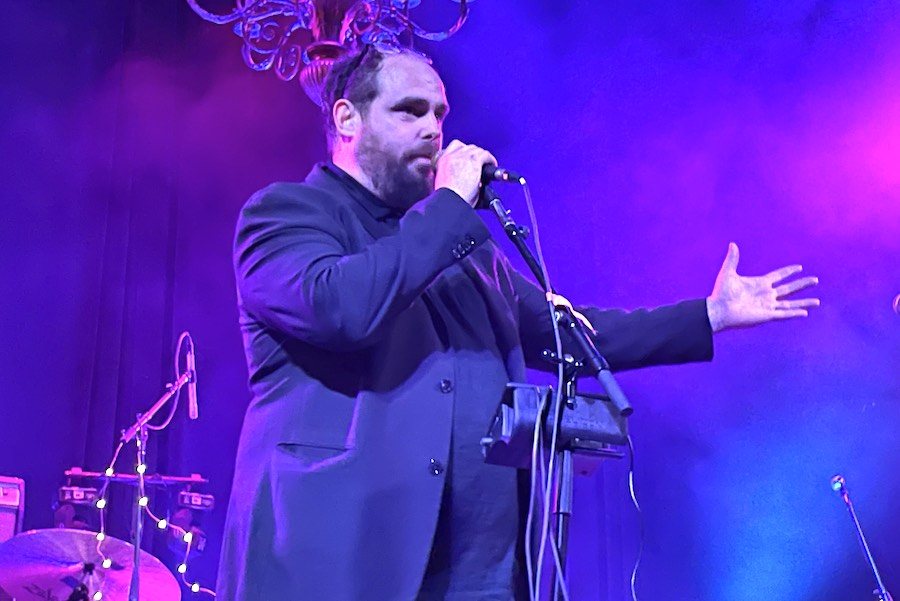 The shows are the result of a creative partnership between Anderson and the Paul Green Rock Academy, a music school from the founder of the original School of Rock (yes, the same School of Rock that Green claimed inspired the producers of the Jack Black movie and that, after Green’s departure, became a huge franchise operation).

Green, a Germantown resident, has known Anderson for about 20 years, ever since an encounter in Los Angeles in the early 2000s following the release of the documentary Rock School, which delved into Green’s early operations and over-the-top antics. 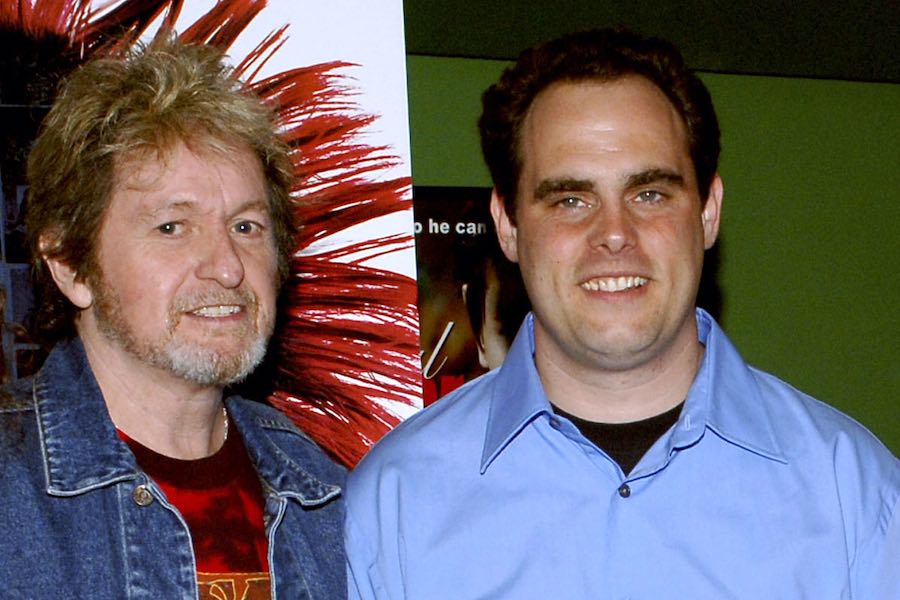 With School of Rock, Green educated the masses, accepting anybody who wanted to rock out and pay tuition. But the Roxborough-based Paul Green Rock Academy is a much more elite operation, stacked with students who have to audition and be accepted into the program — students who can, with Green’s help, handle the challenging music of Yes.

“We were supposed to do this tour last summer,” Green told us from the tour bus on Saturday, as students yapped loudly in the background, as it should be. “And now, with the Delta variant, we were just hoping the tour didn’t get canceled. At the venue in Woodstock, they were real tough, screening everyone and with the vax cards and all. It took two hours to get everyone inside the club. But it wound up being such a great show.”

Havertown’s Finn Suárez Vora, a 16-year-old Haverford High student who plays guitar, bass and keyboards on some songs on the Anderson tour (Green rotates students in and out during the show), has only been with the Paul Green Rock Academy for about eight months, joining during the pandemic. 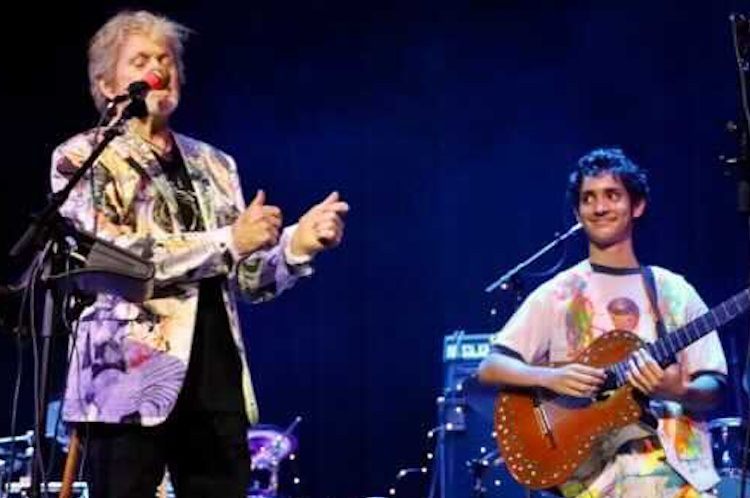 “I had to audition on Zoom, and the classes were on Zoom for a long time,” says Vora. “But it’s been awesome. And now this tour. You can’t really replicate it anywhere else. I’m playing ‘Heart of the Sunrise’ with the person who originally made that music.”

Vora tells Philly Mag he plans to pursue music professionally. Not so much Gonzalez, 17, who’s heading off soon to the Rochester Institute of Technology to study chemistry, with the goal of working in biotech.

“But I’ve been around music ever since I was very little,” says Gonzalez, a bassist and singer. “So I’m sure I’ll still do some gigs here and there.”

Both Vora and Gonzalez appear in a promo video, seen below, performing “Heart of the Sunrise” — virtually — with Anderson and other Paul Green Rock Academy students. Vora is seen playing bass and keyboards, and Gonzalez sings and plays bass as well.

Unlike most touring musicians, the students aren’t paid for their work. On top of that, their families have to cover all travel expenses. But according to Vora’s dad, Joe Schwartz, it’s all worth it.

“It’s a unique music summer camp where they get to learn from and play in front of the audience with a legend,” says Schwartz. “This is an amazing learning experience.”

Reached earlier this week, Anderson told Philly Mag he’s impressed that the kids are able to keep up with the music of Yes and described them as “loving and friendly and adorable.”

“Honestly, they make me fell like a teenager when I’m playing with them,” Anderson said. “But then one of them asks if they can take a selfie, and I say sure. And then I look at the selfie and say, ‘Who is that old man?!'”