And Martha owner Cary Borish says his Best of Philly-winning restaurant Sally will enact the same rule when it reopens next week. 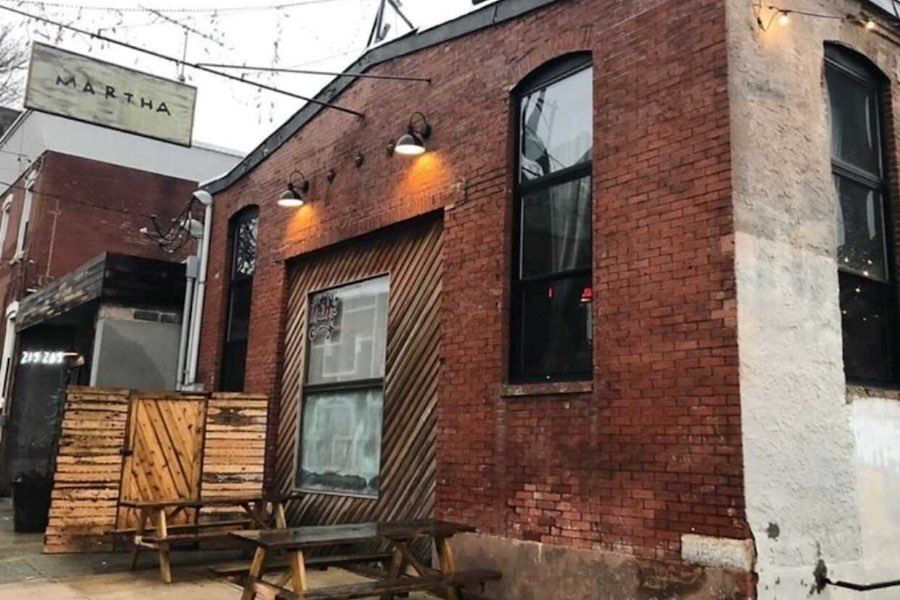 Philadelphia restaurant Martha, located in the Kensington section of the city (Photo courtesy of Martha)

With a lot of uncertainty in the air right now over COVID and the Delta variant, there has been a lot of talk of mandated vaccinations and businesses requiring customers to provide proof of COVID vaccination. Well, over the weekend, one Philadelphia restaurant announced that it would now require proof of vaccination for anyone who wanted to come inside. Naturally, this decision wasn’t without controversy.

Kensington restaurant Martha took to Instagram on Saturday to make the announcement.

“Out of respect for our fellow neighbors and staff, starting today: Martha will be requiring all guests to provide proof of vaccination in order to dine indoors or sit at our bar — no exceptions,” read the text accompanying the post. “Please be able to provide proof by either flashing us that vax card or showing us a picture of it. If you are unable to provide proof, we will seat you outdoors on our patio. Thank you for your help in keeping our fellow community and staff safe.”

The note was signed “Love, Martha.”

But love wasn’t exactly what was on the mind of many of the commenters. Oh, the announcement did have plenty of supporters — and it’s received more than 5,000 “likes” — but lots of people had some not-so-nice things to say. So much so that Martha hid all the comments and turned off commenting on the post.

Of course, people are now trolling other Martha Instagram posts to express such evolved ideas and thoughts as “I can’t wait for your closing” and “Get woke, go broke” and “I’ll take a glass of Freedom, vax ID not required!”

The Martha post also caught the attention of none other than Erin Elmore, the former Apprentice contestant and still very vocal Donald Trump supporter, who lived in Rittenhouse Square for many years and has been acquainted with Martha owner Cary Borish.

“Cary, you’re about to go out of business … ” Elmore commented on Instagram. “You are pathetic! … Next time I see you in the street in Philadelphia, I’ll be sure to say hello, as I always do. Enjoy your vaccine side effects, you compliant sheep.”

Reached on Monday morning, Borish told Philly Mag that his staff at Martha was “jolted” by the flame war that followed their announcement. He added that he left the policy decision to the team at Martha: “It’s my continued belief that I’m not in a position to tell my staff and management what is appropriate to protect their safety. I defer to them. And I’m supportive of the decision that they made.”

Borish also owns Sally, which just won the Best New Restaurant award in Philly Mag’s annual Best of Philly issue. And he says Sally will have the same proof-of-vaccination policy when it reopens on Wednesday, August 11th, after vacation.

So, will Martha and Sally lose business because of boycotts and people who would otherwise be customers but can’t because they refuse to get vaccinated? Or will people rally around the restaurants, and will they get more customers — people looking for safe places to eat?

“Anytime you’re limiting people’s access, it can have a negative impact on the bottom line,” Borish says. “But we’re making hard decisions because we are concerned for the well-being of our community and safety. And who knows — maybe people will come because they know we provide a safer environment.”

Borish added that he wishes the decision to require proof-of-vaccination didn’t become political or result in such outrage.

“‘We Welcome All People’ is one of the tag lines for our businesses,” he explains. “That goes for everyone. Not just those who share our political views and values. I don’t want to isolate people. We’re just concerned, and we’re scared. And it sucks that this is what the world has become.”