“I just walk away and say a prayer that it gets into the right hands,” says painter Jalapeno Miles. 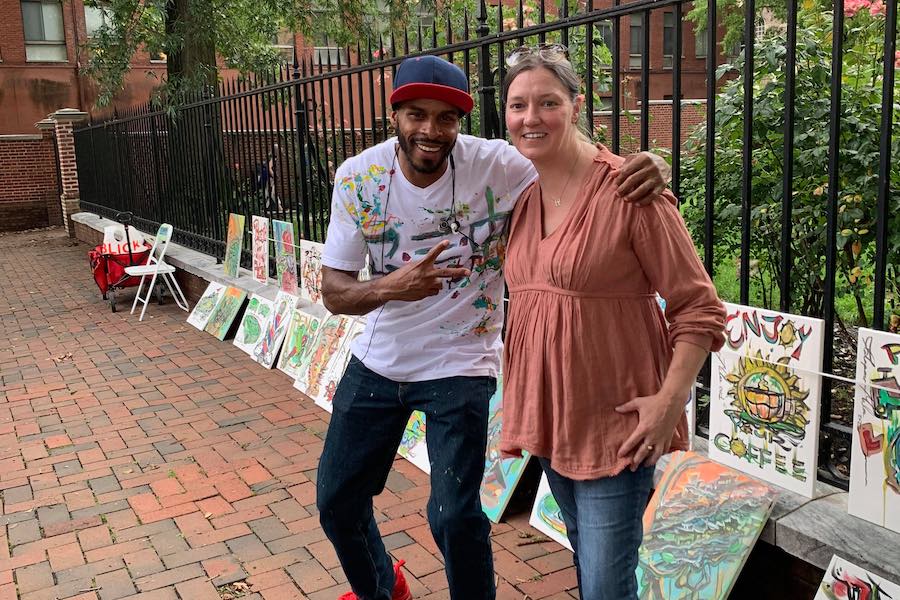 Philadelphia artist Jalapeno Miles with Megan Young, the woman who tracked him down after he anonymously left a painting in the lobby of her Old City building. Photograph courtesy of Megan Young

Old City resident Megan Young wasn’t sure what to think when an oil painting turned up in the lobby of her building in June. Her roommate eventually brought it up to their apartment. Then, over Fourth of July weekend, a bartender from Old City watering hole Rotten Ralph’s posted on a social media group that Young follows about someone leaving a painting at the bar. It was clear, based on the style and signature, that the paintings were done by the same hand, so Young set out to solve the mystery of who was leaving paintings around town.

She knew the first name on the signature was “Jalapeno” but couldn’t quite make out the last name. Somebody said the art looked similar to that sold by an artist who sets up on Cherry Street Pier, but that turned out to be a different person. Then, in a striking coincidence, Young was walking down 2nd Street on the Fourth of July when she saw a man with a bunch of paintings in front of Christ Church at 2nd and Market streets, and she knew right away that this was her mysterious art benefactor. His art name: Jalapeno Miles.

“I’ve been donating my artwork since 2015,” Miles told Philly Mag once Young had identified him. “Wealthy people donate their money to charity. They give back. I don’t have much money right now, so I give back through my art.”

Miles, a 34-year-old Mount Airy resident, says he long ago lost track of how many paintings he’s given away since 2015. But he says that in recent months, he’s left about 20 paintings in and around Philadelphia.

“I leave them in random places,” explains Miles, who also works as an ambassador for Old City District, picking up trash and telling tourists how to get to the Liberty Bell. “Sometimes in doorways. Sometimes in bars. I leave them in hair salons. Just wherever. I just walk away and say a prayer that it gets into the right hands.”

Miles never went to school for art, but it was very much a family activity. Two of his grandparents were artists, and his older brother had a knack for drawing perfect renditions of fast cars, like Ferraris and Lamborghinis.

“I would watch him create these masterpieces,” remembers Miles. “Everybody else needed a compass to draw a circle, but I tell you, he could draw a perfect circle every time. I was amazed.”

As a child, Miles went to the library and borrowed how-to-draw books. Then he turned to comic books, observing how the artists who made them illustrated superheroes, copying those drawings, and then using them as inspiration for his own.

Miles has never sold his paintings in a store, opting for public spaces like 2nd and Market. And he’s never had his work hung in a gallery. But it so happens that Young is helping to open InstaPhilly, one of those highly Instagrammable experiences like Wonderspaces and Candytopia. She introduced Miles to the owners, and they promptly hired him to paint a mural inside the space this week: 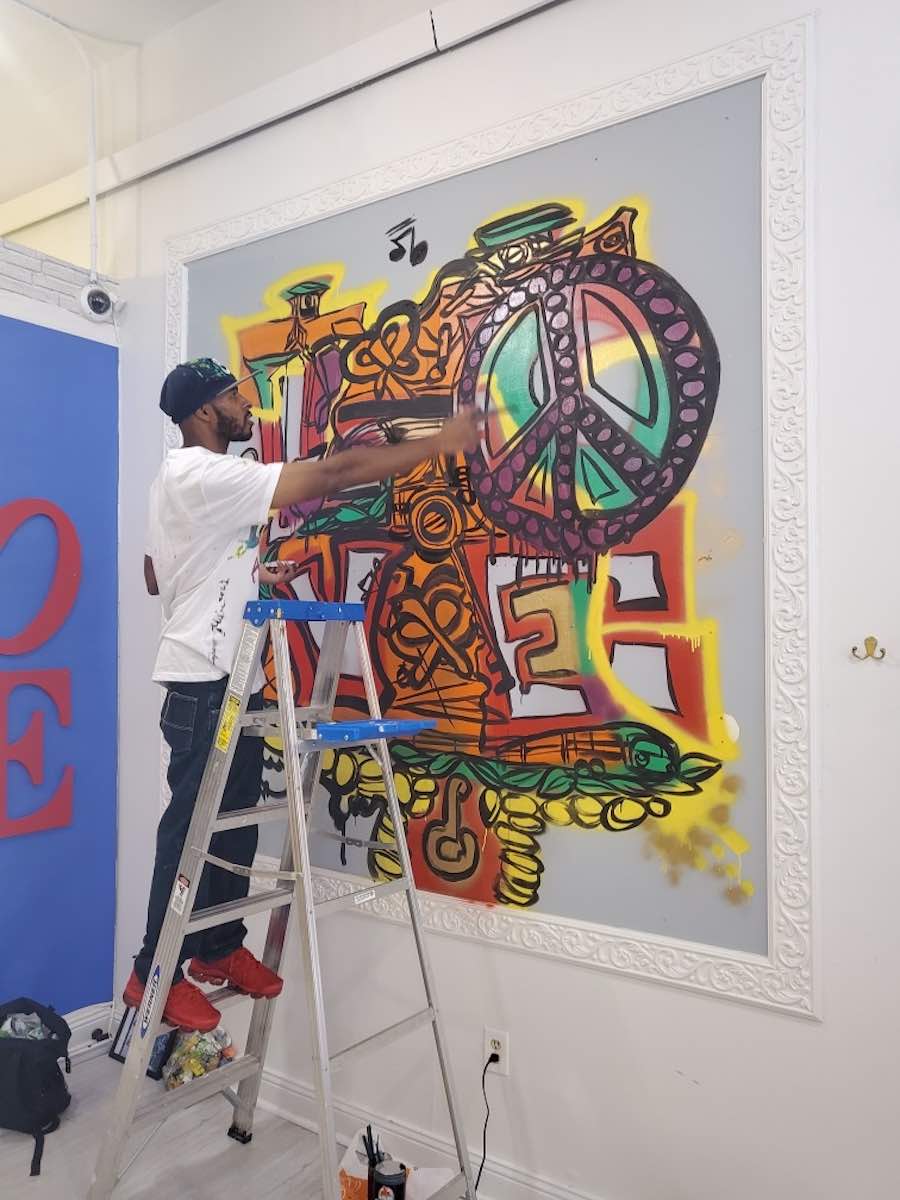 Jalapeno Miles working on a mural inside InstaPhilly. Photograph courtesy of Megan Young

“He’s just a really sweet guy who is trying to make people happy through art,” says Young. “It’s stuff like this that makes me love living in Philadelphia.”

You can find the work of Jalapeno Miles on Instagram … or, perhaps, on your front stoop this weekend.