Marc Bookman’s new book, A Descending Spiral: Exposing the Death Penalty in 12 Essays, reveals the atrocities of death row and the broken system that puts defendants on trial for their lives. 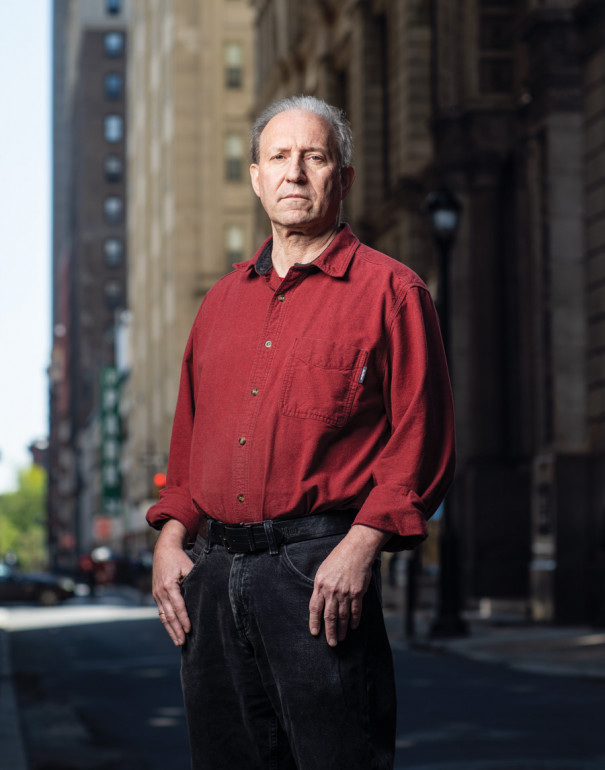 Marc Bookman, who grew up in Lower Merion, has dedicated his career to fighting the death penalty, first in the Defenders Association of Philadelphia and then, for the past 11 years, by running the nonprofit Atlantic Center for Capital Representation, with a mandate to shrink the number of statewide death sentences and help get prisoners off death row. Now, A Descending Spiral: Exposing the Death Penalty in 12 Essays, published this month by The New Press, collects Bookman’s stories detailing criminal justice abuses of defendants on trial for their lives.

How did you become passionate about the death penalty?
The death penalty always seemed like an important issue to me — the top of the pyramid. I had an ambition to handle the most serious cases, and working against the death penalty was the clearest moral issue that I think any public defender could have.

You write that Philadelphia is a petri dish for death-­penalty issues. Why is that?
I’ve thought about this a lot over the years. It’s a combination of things. We’ve had a series of very aggressive prosecutors until Larry Krasner became DA — a real series of self-aggrandizing prosecutors who were promoting themselves on the backs of poor people. And then you’ve got this defense bar [court-appointed lawyers for indigent defendants] that’s being paid practically nothing. So that’s a kind of desperate situation. It’s the defense bar’s obligation to ensure that prosecutors are not getting away with murder and the cops are not lying through their teeth. But the court-appointed lawyers get paid practically nothing, and they’re doing nothing.

We’ll come back to Philly, but let’s first talk about the general death-penalty atmosphere in 1983, when you started, and how it’s changed.
In 1983, the death penalty had not really hit the country. There were very, very few executions — there was one in 1977, Gary Gilmore. And then there was a trickle of executions over the next number of years. It was a steady rise from the early ’80s right through the ’90s. People will remember that Bill Clinton, when he was running for president, left the campaign trail in 1992 to go back to Arkansas to execute an intellectually disabled man named Ricky Ray Rector. In the ’90s, the death penalty was very, very popular. There were close to a hundred executions nationally.

Why was it so popular during the Clinton era?
Everyone thought that if we incarcerated everybody and executed our supposedly worst criminals, that would be the answer to violent crime. But that didn’t prove to be the answer at all.

Pennsylvania currently has 51 prisoners facing a possible capital trial. But we’ve only had three executions in this state since 1962, and all three voluntarily gave up their appeals. So we’ve had no involuntary executions for almost 60 years here, yet Pennsylvania continues to put people on death row, which now numbers more than 115. What’s the point?
Every state funds indigent defense except Pennsylvania. And I want to tell you the impact of that sentence. Virginia just got rid of the death penalty, and Virginia historically executed more people than any other state in the country, including Texas. But in 2004, Virginia decided to fund regional capital defender offices — they brought in experienced death-penalty lawyers to handle capital cases, who basically shut down the death penalty in Virginia to the point where there were no death sentences there over the last decade. Pennsylvania is not putting one red cent into that kind of representation. And so we’re spending huge amounts of money [on litigating death-sentence appeals]. We’re not executing anybody. We’ve got a big death row. There is no point.

“We’re not conservative. We’re a regressive, backwards state. And as long as we remain that way, we’re going to be lighting money on fire.”

So why is Pennsylvania still meting out death sentences?
This is a tricky question. I don’t think we should consider Pennsylvania the way we consider New York or Vermont or Connecticut or Massachusetts or Delaware or New Jersey. I think we are dramatically different, and I don’t like the word “conservative.” We’re not conservative — we’re reactionary. Conservative is what I think of as Edmund Burke [the 18th-century Irish statesman], with incremental progress and change. We’re not that. We’re a regressive, backwards state. And as long as we remain that way, we’re going to be lighting money on fire, as Larry Krasner would say. So we’ve got a big death row. That means there’s a lot of victims who have been lied to by prosecutors [since no one ends up being executed]. I think our politicians are not brave on the extreme right. And politicians are still under the misperception that being for the death penalty is something that will get them votes. The South was really the death belt and still is, and Pennsylvania stands alone in the entire Northeast at this point.

Tell me more about why you consider Philadelphia a petri dish for death sentences.
The public defender’s office didn’t handle homicides at all until 1993. Lynne Abraham, who was the district attorney then, thought that every case that you could seek the death penalty on, you should seek it. So the homicide unit was really kind of a death-penalty unit, for the most part. And the reason we started handling homicide in the public defender’s office was a series of articles in the Inquirer that exposed the atrocious level of representation that indigent defendants in Philadelphia got at the time. A compromise was struck, and the defender’s office was given 20 percent of the homicides randomly.

The death penalty in Philadelphia has always been kind of a myth, kind of a way for politicians to look like they were being tough on crime. And here’s the kicker: Over an 11-year period, the public defender’s office representation saved the taxpayers more than $200 million in excessive incarceration costs. But still, to this day, the City of Philadelphia only gives the defender’s office 20 percent of the cases. They are penny-wise and pound-foolish. 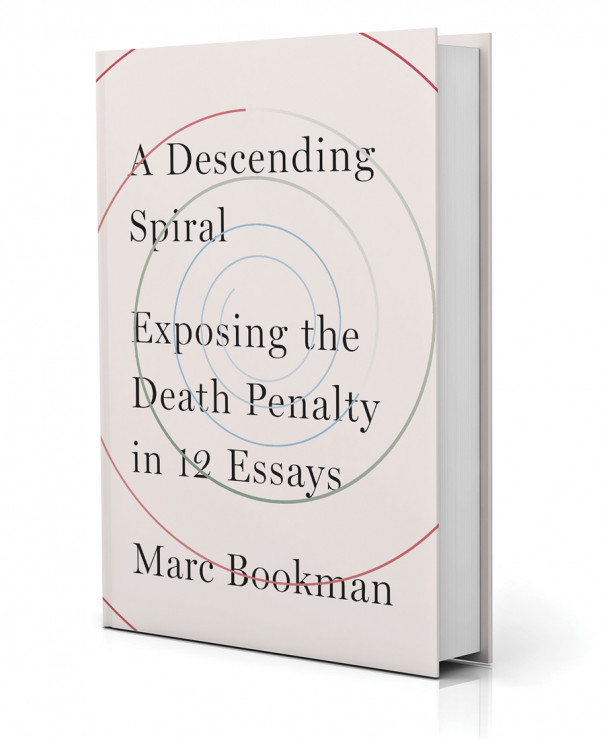 “My biggest concern in putting this book together was that people would think I was cherry-picking,” Bookman says of A Descending Spiral, which was released this month. “So I went out of my way to try to pick cases people were not familiar with to show that if you look carefully at almost any case, you’re going to find egregious misconduct.”

A Descending Spiral is a series of wrenching essays. You write about a Philadelphia man, Terry Williams, convicted of two gruesome homicides committed in 1984, the year he turned 18. Yet the extenuating circumstances were extreme: As a teenager, Williams had been solicited for sex by his middle-aged victims. But the prosecution, after failing to get a death sentence in the first case, withheld knowledge of the second victim’s sexual pursuit of boys, and the jury that sentenced Williams to die never learned about it. In fact, the prosecutor told the jury that Williams had killed the second victim “for no other reason but that a kind man offered him a ride home.” You write how then-DA Seth Williams further articulated the case publicly: “Terry Williams, he said, ‘brutally beat to death two gay men because he was extorting them.’” This seems like a criminal justice system so dug in to getting a death sentence for Terry Williams, it couldn’t see the forest for the trees and certainly would have no way to repair itself.
I think that’s a really nice way of putting it — the worst thing a Philadelphia prosecutor could ever do was admit a mistake. I never saw a district attorney, even once, apologize for hiding evidence or for making a mistake. Nothing. It never, never happened. And there was kind of a refusal to see the facts for what they were. If you take a 17-year-old boy getting paid for sex by a 50-year-old man, the crime is not the 17-year-old’s. He’s not the one that should get arrested. The prosecution got so dug in that Terry Williams is a criminal, they couldn’t even bring themselves to see the reality of what actually happened there. [In 2016, Williams’s death sentence was overturned by the U.S. Supreme Court; he was resentenced to life in prison.]

You write in your book’s afterword: “The essays in this collection illuminate the misconduct, the biases and racism, the injustices of capital punishment; it is long past time to reckon with them. That illumination is only meaningful if a more obvious point is understood — these stories are more the rule than the exception.” That last clause made me stop.
It’s the most important sentence in the book. My biggest concern in putting this book together was that people would think I was cherry-picking — that I was finding these egregiously awful examples that were not representative of the average case. So I really went out of my way to try to pick cases that people were not familiar with, that did not get all kinds of publicity, because I thought that was the best way to show that if you look carefully at almost any case, you’re going to find egregious misconduct of some sort or other.

Current Philly DA Larry Krasner is opposed to the death penalty. How do you think he’s doing?
I don’t have any misgivings with him — the thing about Larry Krasner is, he said what he was going to do, and then he got elected by a large margin, and then he has gone about it as best he can, doing what he said. And I give him very, very high marks for that.

Yet even as Governor Wolf instituted a moratorium on capital punishment, there are still prisoners on death row in Pennsylvania. It seems plausible that the pro-death-penalty forces in the state are just waiting for a political turn to have their way. It’s not an impossible scenario if a Republican wins the governor’s race next year — it could turn back quickly. What do you think?
Do I think progress is a straight line in criminal justice? The answer is clearly no. There’s absolutely no question that what you just said could come to pass. Federally, no one was executed for 20 years, and then Donald Trump came and executed 13 people in six months. I do think that we run the risk of seeing executions again in Pennsylvania. If I’ve learned any lesson from this experience, it’s that you never say never.

Published as “Life on the Line” in the June 2021 issue of Philadelphia magazine.