The city budget doesn't go far enough. If we're going to address this existential crisis, we need big plans to tackle our most entrenched and enduring issues. 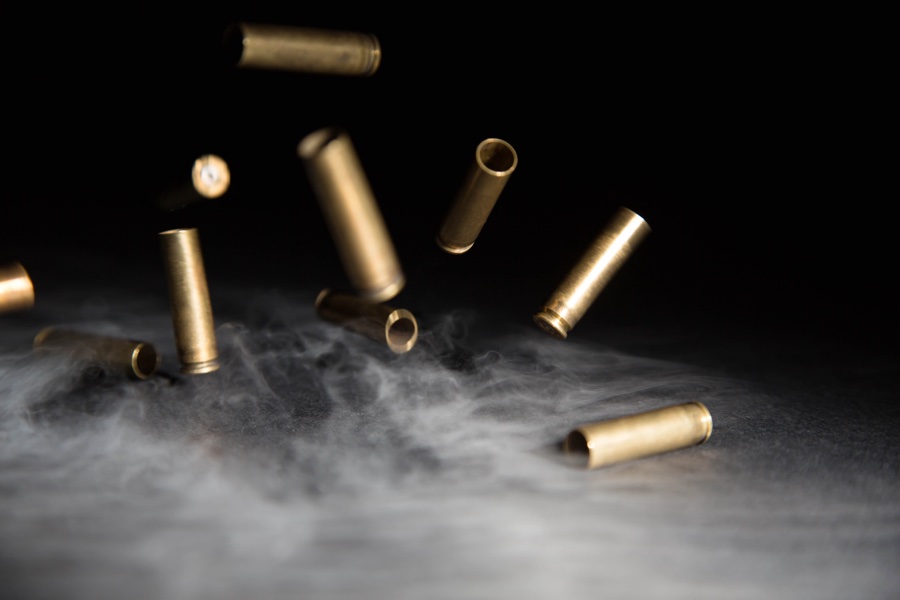 Philadelphia needs a sense of urgency when it comes to gun violence solutions. Photo via Getty Images

As we witness the worst gun violence the city has seen in more than 50 years, Mayor Jim Kenney has committed to spending just 0.67 percent of our $5.2 billion budget to address it. That’s $36 million of a $5.2 billion budget, and it pales in comparison to the $132 million Kenney is proposing to spend on street paving. And while I, too, have been loathing potholes for years, I’d much prefer we lower our skyrocketing homicide rate. So far, Philly has had nearly 150 reported homicides this year — close to a 30 percent increase from 2020.

It’s often said that you know politicians’ priorities when you see their budgets. Translation: Philly is more fiscally committed to smoothing bumps in the road than to stopping violence in our streets.

But this doesn’t have to be the case. Gun violence is a proven by-product of other systemic issues that Philly has ignored for years. Decades of institutional racism, economic disparity, and limited health-care access have prolonged this epidemic. The research has been there. The data hasn’t flinched. While Kenney’s “safe budget,” as some have termed it, slightly bumps up funding for some other reducers of gun crime (such as schools and the cultural fund), it’s still just touching the surface rather than tackling the issue head-on.

If this were a city that had fewer problems than we do, such an iterative, pragmatic approach to finding gun violence solutions would feel less cringey. But a crisis like this cries out for the bully pulpit — which Kenney had no problem preaching from during the 2016 budget battles that resulted in his soda tax used to support pre-K, parks and recreation centers. Now is not the time for a mayor who’s just been blessed with $1.4 billion in federal funding to be timid about tackling what is being described by experts as an epidemic. Philadelphia needs a moon-shot approach, one as momentous and ambitious as the current statistics are tragic and daunting.

Here are the three big things the city must address if we want to actually get serious and gut gun violence.

Philly continues to be the nation’s poorest major city, and the lack of economic opportunity and resources exacerbates our current gun violence crisis. Right now, if you were to look at a map of our shootings, it would align with a map of the deepest poverty. That’s not a coincidence. Areas with high poverty are more prone to gun violence. The way Philly continues to address poverty is with a vapid two-step: Give money to community groups, then let it trickle down to lower-income neighborhoods. City Council’s recent $4.5 million anti-poverty plan did just that. And while it’s good to see more nonprofits get funding, the city should be implementing a more holistic approach that aims to boost opportunity across various public and private sectors. Philly should look at how New York City has been able to combat deep poverty with its anti-poverty plan focused on streamlining support for health-care access, after-school enrichment, employment, and more. Imagine if we applied the same approach to childhood hunger and our terribly low literacy rate. Our approach should feel less haphazard and disjointed than it currently does.

Researchers at Temple University have found that one factor driving gun violence in Philly has been pandemic lockdowns. The heightened lack of job opportunities and resultant poverty stressors create a perfect storm in which people are more likely to make poor decisions. “There is no plan to move people from being on a corner or being involved in negative activity to employment that takes you out of that negative space,” Councilmember Cindy Bass told the press about Kenney’s current budget. “I think there’s a lot to be desired in the current proposal.” She’s right. With 12.2 percent of our city unemployed — four points higher than the national average — Philly ranks third nationally for big-city unemployment, behind only Detroit and Cleveland. The city should invest in more advanced job placement, especially for young adults and those coming out of incarceration.

To ignore the race of those being disproportionately impacted by gun violence is to miss the entire issue. Right now, Black people are dying in predominantly Black communities at the hands of Black perpetrators. But to frame this as “Black-on-Black crime” is intellectually dishonest and perpetuates racist viewpoints about crime. Instead, recognize that Philadelphia is racially segregated because of redlining — which has kept its poorest residents from quality health care, public education and other resources and essentially demanded that they live in environments that are more prone to gun violence. Right now, our city doesn’t fairly invest in diverse companies via contracts. Even when it comes to social services provided by nonprofits, there are shortages and inequities. Nationally, major cities like Philly don’t give out contracts equitably, nor do they fund nonprofits equitably. Once you see the correlation between race and gun violence in Philadelphia, you can’t unsee it, and you can’t deny the institutional racism that perpetuates it. Philadelphia needs to be more intentional about funding Black communities. The colorblind approach to gun violence — one that treats it as impacting everyone without recognizing the actual targets — does nothing to actually combat it. Continuing to fund our over-policing police force hasn’t proven effective, so now it’s time to spend less on law enforcement and invest more in the quality of life of the most marginalized.