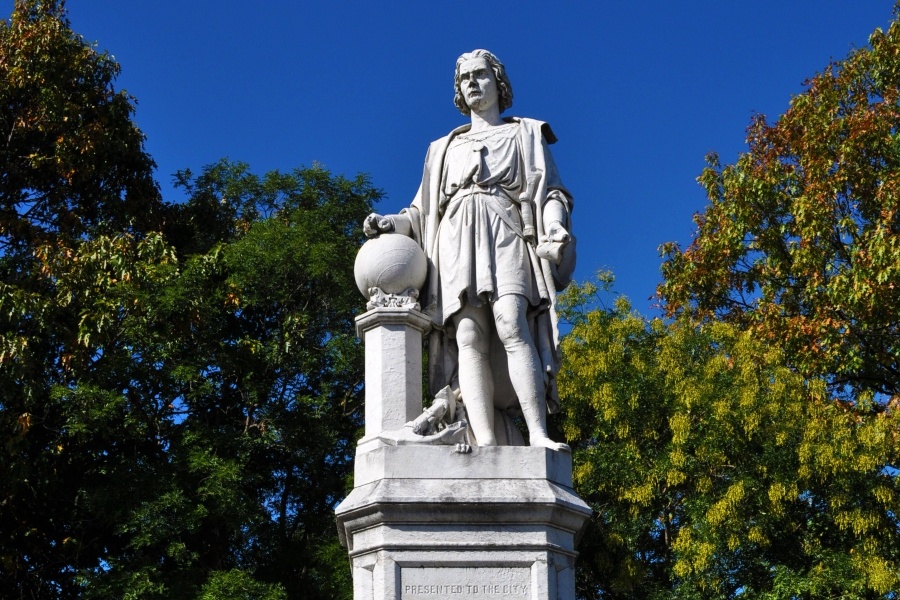 The City of Philadelphia is facing the last gasps of a historic pandemic, rising gun violence, and a litany of other serious crises. Fortunately, City Councilmember Mark Squilla is here to tackle what matters most: signing on to a lawsuit against Mayor Jim Kenney for changing Columbus Day to Indigenous Peoples’ Day.

The suit — which clocks in at 36 pages plus 118 pages of exhibits and was brought by the Conference of Presidents of Major Italian American Organizations, Squilla, and a few others — alleges that Kenney violated the City Charter by unilaterally changing the name of the holiday, and that the Mayor has a history of making anti-Italian remarks. (As evidence, the suit cites a time the Mayor was talking about Philadelphia being targeted as a sanctuary city and said, “If this were Cousin Emilio or Cousin Guido, we wouldn’t have this problem because they’re white.”)

We’ve pasted the full suit and exhibits below. Or, if you’d rather just read some of the more remarkable parts of the suit, here are seven:

1. Citing a Philadelphia Assistant District Attorney as a Columbus Expert

The suit argues that Columbus was actually a good guy. To support that claim, the plaintiffs present as their expert witness Robert Petrone, a Philadelphia assistant DA who moonlights as an amateur Columbus researcher. (He has called Columbus a “civil rights activist for the Indigenes.”)

Last summer, we spoke to an actual Columbus expert — Matthew Restall, a professor of the colonial Latin American history at Penn State who has won scores of awards for his scholarship — who told us the scholarly record is clear: Columbus was a murderer.

2. Claiming That Removing the Rizzo and Columbus Statues Was Discriminatory

From the suit: “Mayor Kenney previously took unilateral actions against two iconic Italian American statues prominently displayed for decades within the City of Philadelphia: first, the removal of the Frank L. Rizzo statue (in the middle of the night) from the plaza at the Municipal Services Building and, second, the attempted removal of the 140-year-old Christopher Columbus statue from its longtime home at Marconi Plaza.”

3. “Today, Christopher Columbus and Italian Americans are facing persecution throughout the country at levels not seen since the 1920s.”

The suit provides no evidence of rising persecution of Italian Americans, and it’s unclear to us how Columbus can be persecuted when he’s has been dead for more than 500 years. But what really makes this claim galling is the fact that the suit comes amid a backdrop of an actual rise in violence against Asian Americans and other marginalized groups.

A word of advice: If you’re filing a lawsuit whose central claim has to do with the misrepresentation of history, maybe don’t cite the Wikipedia page for “History of Italian Americans in Philadelphia” in your footnotes.

The suit cites the fact that the 19148 zip code in Squilla’s district — which contains a high number of Italian Americans — wasn’t made eligible for vaccinations. What it doesn’t mention is that the metric for determining which zip codes were eligible for vaccinations had to do with which zip codes were the least vaccinated in the city. And 19148 is actually among the most-vaccinated parts of the city.

Admittedly, we’re not lawyers here, but we have read the Constitution once or twice, and we missed the part where having a holiday named after a genocidal explorer was enshrined as a fundamental right. (Also, at least 10 states and many more cities already celebrate Indigenous Peoples’ Day, and it hasn’t been declared unconstitutional yet.)

7. “At no fault of the ‘Indigenous People’ living today, some of their ancestry contains irrefutable evidence of wrongdoing of massive proportions regarding the practice of slavery.”

This one speaks for itself.