The Philadelphian Who Made America’s Hotels Posh 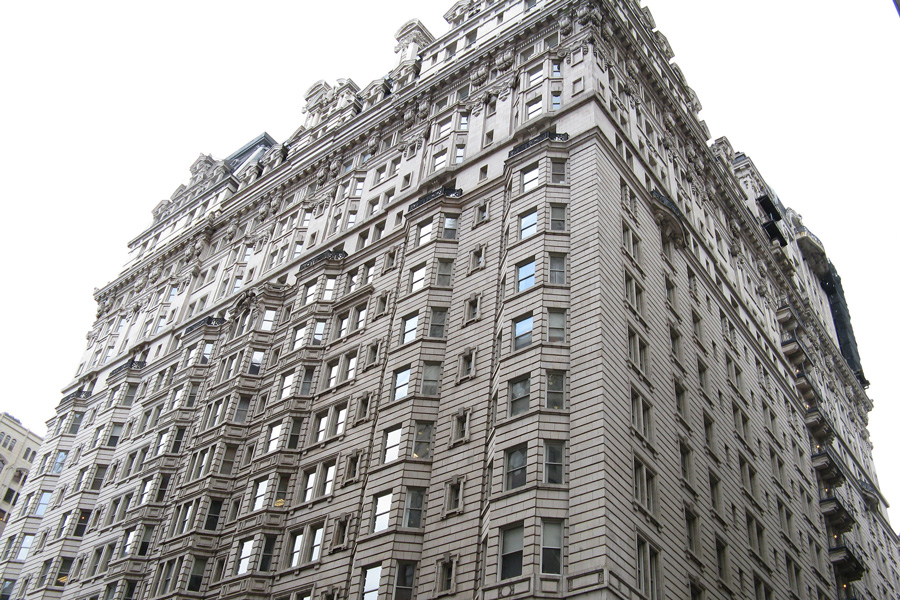 Upon opening in 1902, the 19-story Bellevue-Stratford Hotel had more than a thousand guest rooms and modern flush toilets. Photograph by Ahd Photography/Flickr

The life of hotelier George C. Boldt reads like the script for a movie, with everything from a meteoric rags-to-riches rise, international renown and famous friends to abject tragedy. On March 14, 1885, he bought Philadelphia’s Bellevue Hotel, whose name still lives on today as a symbol of class. Here’s more on the immigrant whose New York Times obituary in 1916 declared him “more than any other man … responsible for the modern American hotel.”

Boldt arrived in America in 1864 as a penniless 13-year-old from Prussia and took a job as a dishwasher in a New York City hotel. He worked hard, saved his money, and sank it into a chicken farm in Texas that promptly failed. He then returned East and took a succession of jobs, finally landing in the kitchen of the Philadelphia Club, a tony gentlemen’s watering hole of the proper British model. (Believe it or not, it’s still around today, in a building at 1301 Walnut designed by William Strickland and improved upon by Frank Furness.)

Boldt was evidently both a hard worker and a quick mover; within a year, the 26-year-old was betrothed to Louise Augusta Kehrer, the young (she was about 15) daughter of the club’s steward. They were soon married, and with his father-in-law’s help and the sponsorship of club members, Boldt was able to raise money to set up his first, small hotel, the Bellevue, on the northwest corner of Broad and Walnut streets.

Before long, Boldt bought a second hotel, the Stratford, on the southwest corner across the street. He was then spirited away to New York City by frequent Bellevue guest William Waldorf Astor, owner of that city’s Waldorf hotel and a feuding cousin of competing millionaire hotel owner John Jacob Astor, who owned the adjacent Astoria hotel (and would die aboard the Titanic in 1912). Somehow Boldt, serving as a sort of planner and general manager, effected détente between the cousins and brought about the soon-legendary Waldorf -Astoria, where Waldorf Salad and Thousand Island salad dressing were born. (Both, of course, contain mayonnaise.)

Though the Waldorf-Astoria was fabulously successful, Boldt yearned for a hotel of his own. So in 1902, he razed the Stratford to build the enormous, and enormously fancy, Bellevue-Stratford Hotel, which soon became a bastion of bon vivant life. The 19-story French Renaissance extravaganza had more than a thousand guest rooms equipped with newfangled flush toilets, an 11,600-square-foot gilded ballroom, and electrical lighting personally designed by Thomas Edison. It cost more than $8 million—in 1904 dollars. But it proved a wise investment. Vast fortunes were being made by America’s turn-of-the-century robber barons, and with Louise’s deft help, Boldt was able to provide them with a home away from home — or, as that Times obituary put it, “teach them how to spend their money.” Among the couple’s innovations were room service (a favorite was a new dish, chicken à la King, invented by Bellevue chef Bill King), the velvet rope (to denote exclusivity), fresh flowers and candles on tables (Mrs. Boldt’s feminine touch), allowing men to smoke in the presence of women, and the elimination of separate male and female entrances. It was at the Bellevue that the Clover Club gin cocktail was created. The Boldts had a daughter named Louise Clover Boldt as well as a son, George C. Jr.; both went on to live interesting lives.

A Castle for His Queen

Speaking of Thousand Islands, George and Louise really did have a fairy-tale marriage. For many years, they vacationed on Hart Island in the St. Lawrence River, named for a previous resident. George changed the name to “Heart Island” and actually chipped away at the shoreline to make it resemble a heart. In 1900, he began construction of a castle for his love in the fashion of the Prussian castles he’d seen growing up, with more than 300 workmen laboring to bring his vision to fruition. Then, one day in 1904, just as the workers were finishing up, they were abruptly informed via telegraph to cease everything: Mrs. Boldt had died at the age of 42. Charles Boldt never visited the island again before his death in 1916. The castle passed through several different owners and is now an event venue and tourist attraction.

Every U.S. president since Teddy Roosevelt, who was in office when the Bellevue-Stratford opened, has been a guest at George Boldt’s “Grande Dame of Broad Street.” It hosted both the Democratic and the Republican national conventions in 1948; in October 1963, only days before his fateful visit to Dallas, John F. Kennedy arrived at the hotel in an open motorcade. The city’s elite gathered there for weddings, charity balls, club events and business meetings. Some people considered it the finest hotel in the world. But upkeep became increasingly expensive, and in 1976, disaster struck an American Legion convention there; 182 guests became ill, and 29 died of a mysterious respiratory illness that would become known as Legionnaire’s disease. The hotel closed, but it was listed on the National Register of Historical Places in 1977. Since then, it has reopened and undergone a long series of owners, renovations and revisions, with the number of hotel rooms drastically reduced, an arcade of shops and restaurants installed, and office spaces and a salon and spa added. It’s known today as the Bellevue Philadelphia.