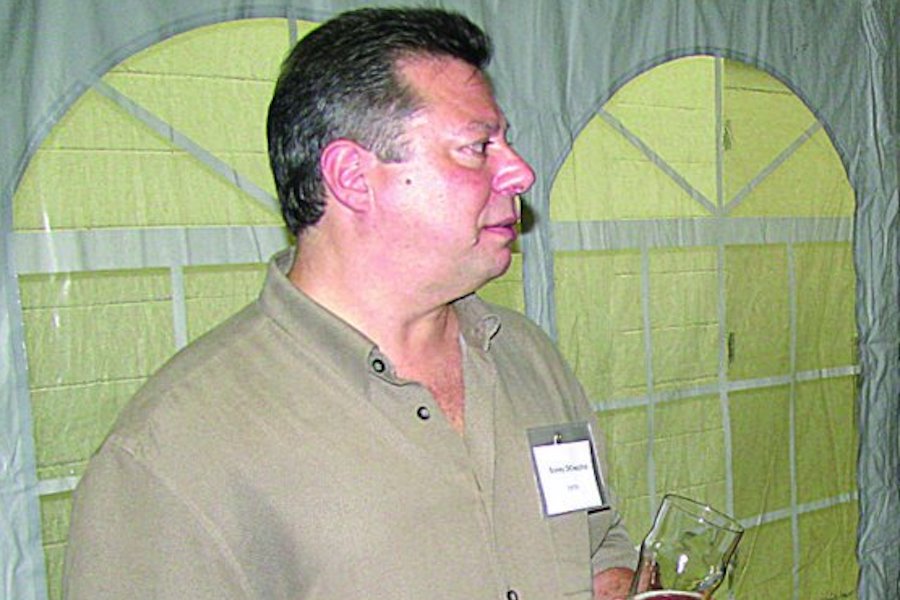 Longtime Philadelphia Wholesale Produce Market head Caesar “Sonny” DiCrecchio, who has been charged by the feds. (Photo via Creative Commons/Flickr)

The Philadelphia Wholesale Produce Market is a huge—and by huge we mean 700,000 square foot huge—indoor market located in Southwest Philadelphia by the airport. The market, said to be the world’s largest of its kind, is one a few places where restaurants and other food industry businesses in Philadelphia go to get their produce, whether by the cart or truck-full. And now, the market’s longtime former CEO Caesar “Sonny” DiCrecchio of Voorhees, New Jersey finds himself on the wrong side of an investigation by the FBI.

On Wednesday, the Department of Justice charged DiCrecchio, 60, and two other individuals with a variety of crimes related to millions of dollars in funds missing from the market’s general operating account. Investigators claim it all started sometime in 2008.

According to court documents, DiCrecchio worked with market bookkeeper Patricia Pumphrey, also charged, to perpetuate the scheme. As the feds tell it, DiCrecchio would have Pumphrey cut checks to fake companies that DiCrecchio and others would then turn around and cash through Thomas del Borrello, owner of United Check Cashing at 1123 South Broad Street in South Philadelphia. Del Borrello is also charged in the scheme.

In addition to the fake checks operation, DiCrecchio is alleged to have had Pumphrey cut checks to friends and relatives of his who weren’t owed money by the market. He also directed her to use company funds to pay his personal credit card expenses, say the feds. And Pumphrey allegedly did her best to hide all of this activity when presenting the books to the market’s board, disguising the expenditures as payouts for things like snow removal and various consulting services.

So if the money wasn’t used to plow the snow around the market, what was it used for? Well, according to the feds, DiCrecchio was living pretty large on his spoils. Court documents allege that he used the money to pay for his $20,000-per-month rental in Stone Harbor, totaling about $2 million in fraudulent rental payments. Then there were home improvements. Horse boarding. String band donations. And who can forget the trips to the Super Bowl and Disney World? The feds say DiCrecchio dropped $60,000 on just one Super Bowl alone.

DiCrecchio was happy, in some cases, to share the wealth. According to the feds, DiCrecchio directed a “skim” of the cash paid to park in the market’s parking lot. (Cars pay $1 each to enter the lot, while trucks can pay up to $35). This skim totaled approximately $2.6 million in cash, and DiCrecchio spread some of that cash around to some employees at the market.

The investigation dates back to at least 2018, the year DiCrecchio abruptly resigned his post, with rumors of the investigation swirling around him. According to current market CEO Mark Smith, Pumphrey no longer works at the market either.

Also charged is Eric Fante, owner of Fante Flooring in Newtown Square, Delaware County. According to court documents, Fante conspired with DiCrecchio to have the contractor do flooring work for friends and associates of DiCrecchio, all paid for by the market. That work included homes as well an unnamed restaurant in Stone Harbor.

“Complexity will not hide crime from law enforcement,” said Acting U.S. Attorney Jennifer Arbittier Williams in a statement on Thursday afternoon. “Further, and as alleged here, ‘nickel and dime’ theft – skimming small amounts here and there over many years – is just as illegal as stealing one large lump sum. The charges announced today reflect our Office’s commitment to uncovering and prosecuting complicated financial frauds.”

According to the Department of Justice, the total amount stolen is right around $7.8 million.

When reached at his flooring store in Newtown Square, Fante referred Philly Mag to his attorney, Chuck Peruto.

“I think the government and the defense both agree that Eric did not go into this intending to commit a crime,” says Peruto, Fante’s attorney. “But Sonny is an investor in Eric’s flooring company and gave Eric a lot of money as an investment. So it was hard for Eric to turn down what he thought were just small favors. He’s otherwise led a pristine life.”

None of the other defendants could be immediately reached for comment.