A fitting tribute to a Philadelphian who fought for education for all. 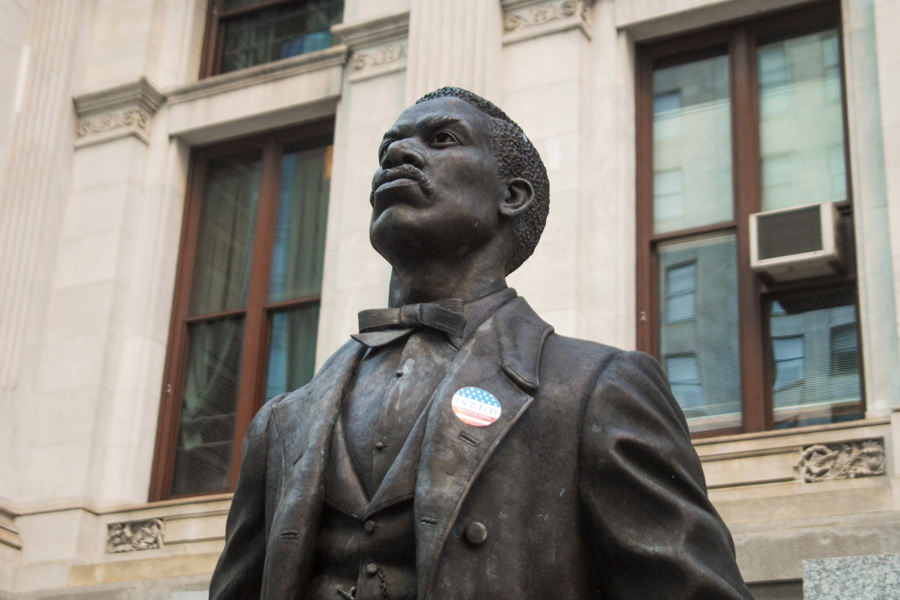 For too many years, the only memorial to civil rights leader Octavius V. Catto, who was born on this day in 1839, was a public school for Black students at 20th and Lombard streets that was renamed in his honor in 1878 by city Republicans in an effort to court Black voters. (It’s now the site of the Lombard Swim Club.)

There was also the O.V. Catto Disciplinary School at 4125 Ludlow Street, currently housing the Paul Robeson School for Human Services. Its population “consisted almost entirely of troubled Black students,” according to the Philadelphia Tribune, which wrote about the school in 1970. Its principal, Willie Toles, was quoted as saying, “We do have 10 whites here, out of 187 enrollees … but it’s definitely true that Blacks are sent here much more readily than whites.” Troubled white kids, Toles explained, were often handed off by their parents to alternatives like Catholic schools.

Catto was murdered outside his home on Election Day 1871; no one was ever convicted of the crime, which ended the remarkable life of a patron of the sciences, a literary lion, and a star baseball player, among many other accomplishments and interests. But a more fitting monument to Catto’s memory is now in place, in addition to the statue of him erected by the city in 2017 (and the mural of him completed in 2018).

As befits a man now belatedly famous for his contributions to education and the civil rights movement, the Community College of Philadelphia, in partnership with the city, is offering a new class of scholarships named for Catto. These scholarships cover the cost of books and meals in addition to tuition and fees, and Catto Scholars receive assistance with career coaching, housing and even childcare.

Eligibility requirements include a high-school diploma or GED from any public, private, charter or cyber school in the city and 12 months’ residence. The first cohort of Catto Scholars is enrolled at the college this spring. For more information or to apply, visit the Community College of Philadelphia website.