Luke Taylor joined TikTok as a lark, to pass the time during quarantine. Now, the Garnet Valley High graduate is lending his basso profundo voice to the country’s latest craze. 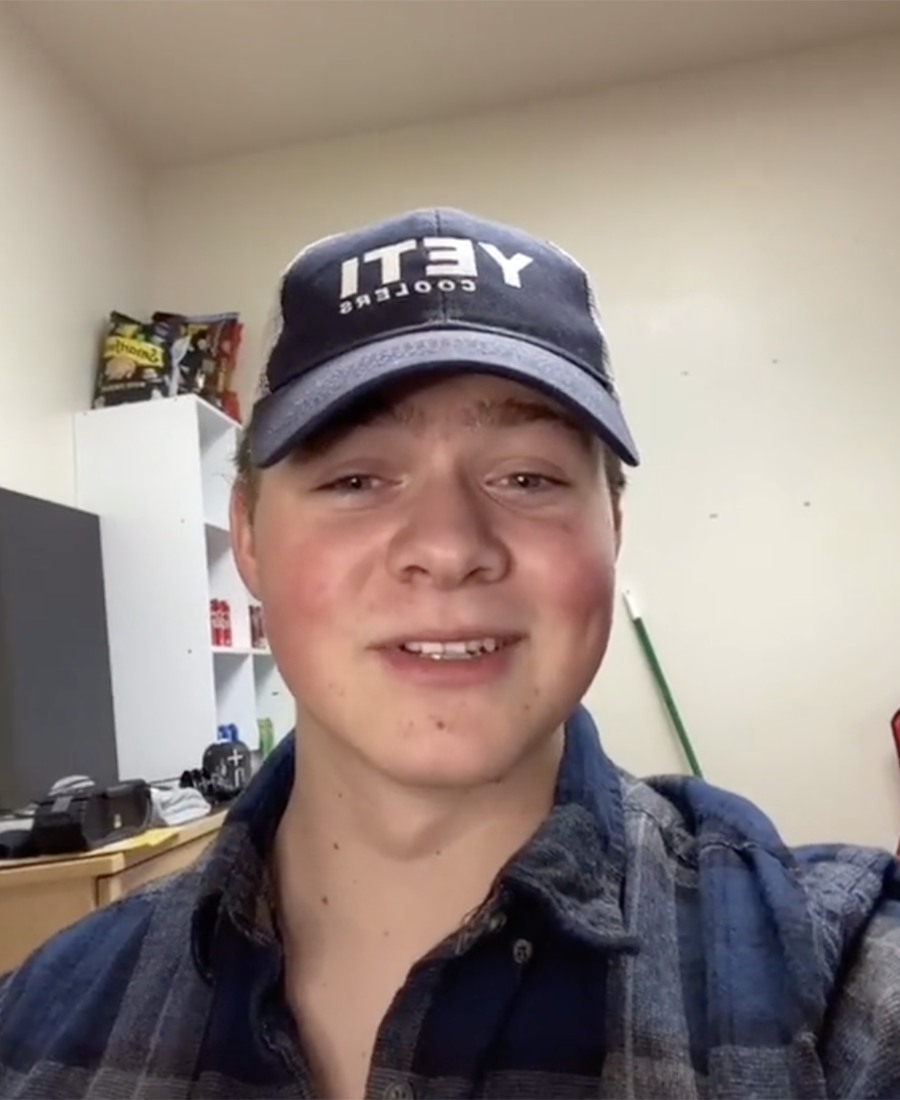 Luke Taylor was 17 when his voice dropped from a normal teenage register to a deep basso profundo. “I freaked out my family,” he recalls over the phone from his home in Thornton.

Basso profundo, also known as contrabass, is considered the deepest possible vocal register. None of his other close relatives — not his brother, not his dad — had such deep voices, and they were all a little surprised by such a big change. “I looked at old recordings of myself and realized how deep my voice had gotten,” Taylor says. Imagine the quintessential movie-trailer voice. Taylor, who still sports a round baby face, sounds like that, but deeper.

In high school at Garnet Valley, the local teen sang in choir and performed in musicals, but given the current shutdowns across the region last year, he lacked the in-person audience to show off his vocal chops. To pass the time a few months ago, he joined the social media app TikTok “as a joke,” seeing it as an opportunity to post some videos of himself singing country songs to pass the time. He didn’t expect anything to come of it.

Then he heard “Wellerman.”


Adding to the profound mysteries and surprises of this moment in history, sea shanties — traditional rhythmic sailor songs of the 18th and 19th centuries that were meant to keep ships running efficiently and sailors in sync — have blown up as a singing trend on TikTok. Singers from around the world are putting their spin on songs that tell stories of mermaids, pirates, treasure and rum.

Taylor remembers first seeing Scottish singer Nathan Evans’s viral TikTok of the 19th-century whaling song “Soon May the Wellerman Come” and thinking that it needed some bass. “One of my favorite things to do is sing bass lines to songs,” he recalls.

Using the duet feature on TikTok, which lets singers add their own vocals to another user’s video, Taylor filmed himself dancing jauntily and harmonizing to the song in his deep singing voice. “It blew up,” he says. The video has been viewed more than six million times.

Since then, he’s posted a handful more shanty duets, with “Leave Her, Johnny” lined up as his next. Taylor, a freshman at Liberty University, is now one of the more recognizable faces and voices of the trend and has more than 350,000 followers on TikTok.

Because of Taylor’s experience in choirs, the sea shanty wasn’t actually new to him. “I had heard them plenty of times. I’d just never thought about singing them,” he says. But he was instantly excited by the opportunity to add his deep voice, because he loves old songs. “And old chants like sea shanties always have cool bass lines,” he notes. He kept adding his bass profundo to shanty TikToks performed by Nathan Evans and Sam Pope, including “Bully Boys” and “Drunken Sailor,” and the videos kept going viral. He frequently gets tagged in songs by his followers who request that he add his signature bass lines.

Taylor has some ideas about why sea shanties, relics from a very different time, are taking off on the social media app this year. “I feel like they’re very powerful songs,” he says. “People need strength nowadays. Hearing people come together to sing these songs is really unifying.”

While Taylor himself has only been sailing a few times “on lakes and stuff, and with my family in Croatia,” he believes that the sea shanties have the effect of “bringing back memories that none of us have, from a previous life.” There’s also an element of masculine bravado in there: “Especially for guys,” he says. “It just makes us feel cool.”