Black Americans Don’t Trust the COVID Vaccine. It’s Up to Doctors to Change That

Generations of deception and neglect mean the U.S. health care system has a lot of catching up to do when it comes to Black patient trust. With the coronavirus, there's no time to lose. 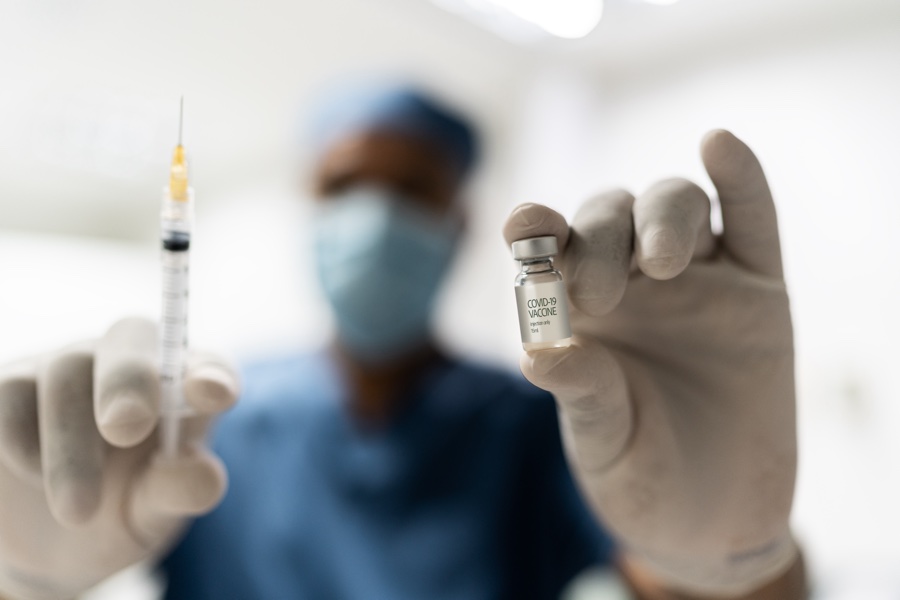 A lack of trust in the COVID-19 vaccine within the Black community jeopardizes the country’s fight to overcome the pandemic. Photo via Getty Images

As the first COVID-19 vaccinations are being administered in America, a sense of relief has come over me. This feels like the beginning of the end for a pandemic that’s disrupted the world for so long. Next year, I’ll graduate from grad school in the late spring; in the fall, I’ll be getting married and turning 30. The thought that I might get to celebrate those milestones with my friends and family cheering me on in person has raised my spirits, and not a moment too soon. However, the growing skepticism I’m seeing about the vaccine within the Black community — which has already been disproportionately impacted by the pandemic — has dampened my mood.

A recent survey sponsored by the COVID Collaborative found that only 14 percent of Black people trust that a vaccine will be safe, and only 18 percent believe it will effectively protect them from COVID-19. In Black social media circles, I’ve heard concerns about the vaccines that border on conspiracy theory. Alternative holistic remedies have been promoted on social media by Black influencers and pseudo health experts alike.

It’s no wonder — I’ve also heard more and more barbershop talk about the many times the U.S. government has exploited Black people, using them as medical test subjects without their consent.

“When you see Black people engaging in faux remedies such as sea moss and herbal teas to try to prevent COVID-19, that comes from a community that’s always had to find ways to try to heal itself, because they couldn’t trust the government to act,” says Glenn Ellis, a Black health ethicist and Harvard bioethics fellow based in Yeadon.

Growing up, I heard about the Tuskegee studies — the notorious syphilis trials in which men with the disease were told they were getting treatment, only to be given placebos. This unethical study stretched from 1932 to 1974 — nearly a decade after the Civil Rights Act of 1965 was passed into law, and years after effective treatment for syphilis was identified. It has become shorthand for Black distrust of the medical field — a sense that doctors don’t have our best interests at heart. I have heard outcry that even in 2020, Black people are still second-class citizens in the doctor’s office, as the health of white people is prioritized over ours. We see this in research that reveals how Black people are adversely impacted by racial disparities in health care. The result is that Black people fear doctors, by whom they feel more stigmatized than accommodated.

The racist history of American medicine has scarred the Black community in ways that now jeopardize the fight against COVID.“Black distrust over the recent vaccination is bigger than just Tuskegee,” says Ellis. “Unethical experiments have taken place on Black bodies long after that.” He cites Black prisoners coerced into testing with Retin-A in Philly from the ’50s to the ’70s, and 7,600 Black people sterilized against their will in North Carolina from 1929 to 1974. “The mistrust is deep.”

Doctors who reach out to Black patients who have vaccination concerns must treat racism in health care not as a concern of the past, but as an ongoing issue, says Ellis: “America’s medical community needs to get serious about actively and publicly addressing the concerns Black people have about the profession.”

One of the best ways to reassure Black patients is to give platforms to Black doctors. The same survey that found high distrust of the vaccine in the Black community also found that Black respondents are twice as likely to trust a messenger of their own race. And yet throughout this pandemic, it’s been hard to find Black doctors and health-care professionals in top-tier government leadership positions or speaking to the media about COVID-19. With the notable exception of Ala Stanford and her Black Doctors COVID-19 Consortium, it’s mostly been a parade of non-Black people in medicine discussing these issues in mainstream media outlets. Given this lack of diversity, it’s not surprising that a small number of Black and brown people participated in initial COVID-19 vaccine trials. “When Black people don’t see themselves in the conversation, they will reflect such in the participation,” Ellis says. “Health-care centers have to make it a point to recognize the racial disconnect and listen to the needs of Black patients undoubtedly.”

There have been recent attempts to address racial concerns about the vaccine. In a speech to the Urban League, Anthony Fauci touted the fact that Moderna’s COVID-19 vaccine was co-developed by Kizzmekia Corbett, a Black woman. The first vaccines in New York were administered (in a widely covered press conference) by a Black woman doctor to a Black woman nurse. But it’s not enough. We need more messengers, more media visibility, and meaningful promotions of Black medical professionals in power to restore community trust.

If that sounds familiar, it’s because it’s at the heart of changes that need to happen in other industries, too — from the media to politics to Silicon Valley.

My great-uncle used to play an old Bobby Womack song called “Across 110th Street.” There’s a lyric from that song that I think about often in situations like this: “The family on the other side of town would catch hell if there was no ghetto around.” For years, Black people have believed that America’s health-care system was designed to fail them for the purpose of maintaining white supremacy via medicine. That “family on the other side of town” was the white people who had resources, access, and a quality of life many Blacks in the “ghetto” were denied. What would a health-care system look like if Black patients got the same treatment, care and concern as their white neighbors? Would white people actually “catch hell” if such a dream became reality? It can’t possibly be an either/or proposition.

If Black people continue to be institutionally disempowered across the board, especially regarding health care, how do we expect the devastation this deadly virus has caused in Black communities to end? Such change must start now in the doctor’s office, but ultimately we must see it in courthouses, city halls and classrooms, too. Only then will we fully and truly rebuild trust.