Christen Goldstein Shafkowitz has filed a federal lawsuit against Bloomingdale's, parent company Macy's, and Roger Blazek, an executive who has worked for the company for decades.

Christen Goldstein Shafkowitz, who has filed a federal sexual harassment and sexual assault lawsuit against Bloomingdale’s, parent company Macy’s, and longtime Bloomingdale’s executive Roger Blazek. She is pictured here with her daughter. (Photo used with permission)

A Philadelphia-area woman has filed a federal lawsuit against Bloomingdale’s, alleging that she and other women who worked at a suburban Bloomingdale’s location were victims of sexual harassment and sexual assault.

Christen Goldstein Shafkowitz, 46, filed her lawsuit in the United States District Court for the Eastern District of Pennsylvania — a.k.a. federal court in Philly — on Monday. She names as defendants Bloomingdale’s, its parent company Macy’s, and longtime Bloomingdale’s corporate executive Roger Blazek, who she claims was the perpetrator of the mistreatment.

After about 20 years in retail management elsewhere, Shafkowitz began working at the Bloomingdale’s in Willow Grove in 2018, overseeing various departments and planning fashion shows. As Shafkowitz tells it in her lawsuit against Bloomingdale’s, everything was great until January of this year. That’s when she says Roger Blazek, who is now 58, became general manager of the Willow Grove Bloomingdale’s.

Blazek, a New Jersey resident, has a long history with the company, according to his LinkedIn bio and other sources. He started out as the regional director for loss prevention in the New York metro area in 1996 and worked his way up the corporate ladder to vice president of operations for the entire company, a position he took in 2017.

But according to the lawsuit, things took a turn earlier this year, when Blazek was allegedly “demoted,” in the words of the suit, and made general manager of the suburban Philadelphia store. The reasons for this alleged demotion aren’t spelled out in the lawsuit, and neither Blazek nor the corporate office of Macy’s and Bloomingdale’s would comment for this story. 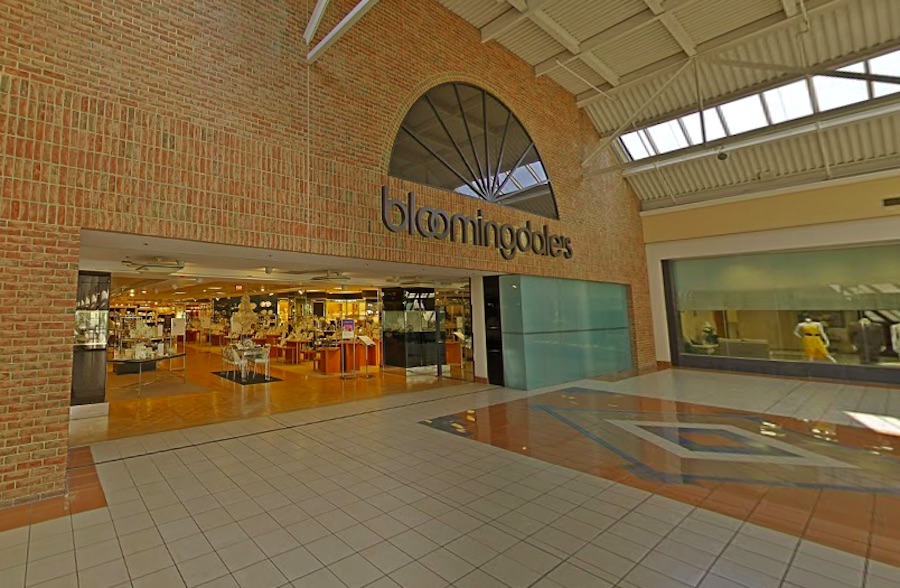 Willow Grove’s Bloomingdale’s location, the store at the center of a new lawsuit alleging sexual assault and harassment at the hands of longtime Bloomingdale’s executive Roger Blazek (Photo via Google Maps)

Shafkowitz alleges that immediately upon Blazek’s arrival at the Willow Grove location, he created a sexually hostile work environment. The lawsuit claims that Blazek commented on the appearance of women who worked for him, “suggestively discussed and inquired about personal and intimate matters,” and “regularly touched and hugged his female subordinates while on the job.”

She claims that on February 8th, Blazek walked behind her, grabbed her by her arms, pulled her into him, put his nose on her neck, and told her that she “smelled incredible.” Shafkowitz says this incident only stopped because a woman she worked with walked into the area. But moments later, Shafkowitz says, she wound up on an escalator behind Blazek, who grabbed her breast. She was “stunned, humiliated, horrified, and afraid,” according to the suit.

The next day, February 9th, Shafkowitz had a regularly scheduled meeting with Blazek in his office. She says she didn’t want to attend but feared she’d lose her job if she didn’t. When she got to Blazek’s office, she says, she intentionally left the door open and chose to sit at a table while he was sitting behind his desk. But according to the suit, Blazek shut the door and pulled up a seat right next to her.

One of the departments under Shafkowitz’s purview was the lingerie section of the store, and the suit claims that this was Blazer’s sole focus at the meeting. Shafkowitz alleges that Blazek wanted to know what lingerie she considered “sexy” and whether women her age wore lingerie. She says that Blazek then commented on her and her age, allegedly saying, “I don’t see any women out in the mall that look like you at your age.”

The next week, Shafkowitz had to close the store with Blazek, something that made her nervous and anxious, according to the suit. While they were closing the store, she says, Blazek approached her, purportedly to discuss a business matter. Instead, claims the suit, Blazek used the opportunity to have yet another inappropriate conversation with her.

Two days after that incident, Shafkowitz went directly to her immediate supervisor, a 38-year-old woman, to talk about Blazek. According to the suit, the supervisor revealed that Blazek had allegedly sexually assaulted her. Shafkowitz says it was this disclosure that gave her the “strength in this time of trauma to report the sexual harassment and assault to human resources.”

Shortly after she filed an official statement with human resources, Shafkowitz claims, she received a phone call from an investigator with the corporate office. And what did this investigator want to know? According to the allegations contained in the suit, the investigator pressed Shafkowitz on what she might have done to encourage Blazek.

Directly from the suit:

The lawsuit claims that Blazek was placed on some form of leave but that he returned to the store in the same position in a matter of weeks. According to the suit, his return led to the immediate resignation of two other women who worked at the store, one of whom was allegedly sexually harassed by Blazek.

This was around the time that COVID hit the Philadelphia area, forcing the closure of the store. Shafkowitz was furloughed. When the store reopened over the summer and some employees returned, she says, she was told her position had been eliminated. The suit claims this was in retaliation for the report she’d filed against Blazek, whose wife is a high-level executive with Bloomingdale’s corporate. (The wife didn’t respond to requests for comment.)

Shafkowitz alleges in the suit that Blazek’s wife and “high-level male executives and managers who worked closely” with Blazek in his prior corporate role have protected Blazek and “improperly interfered with the ‘investigation’ in order to preserve Blazek’s employment.”

The suit concludes: “Bloomingdale’s and Macy’s policies and practices are designed to have a chilling effect on other employees who may be victims of sexual harassment and misconduct by Blazek (and perhaps others), as their message is clear: if you engaged in predatory conduct, you are protected. If you are a victim of predatory conduct, you will be punished and silenced.”

Shafkowitz’s attorney, Jessamyne Simon of Bala Cynwyd, tells Philly Mag that Shafkowitz decided to file the lawsuit against Bloomingdale’s and the other defendants to make the world a better place for her young daughter. The suit seeks unspecified damages.