Yes, Biden Won. Now Can We Talk About How His Campaign Nearly Blew It in Philly?

Black voters in Philly came up big for the new President-elect — but there are warning signs in the numbers. 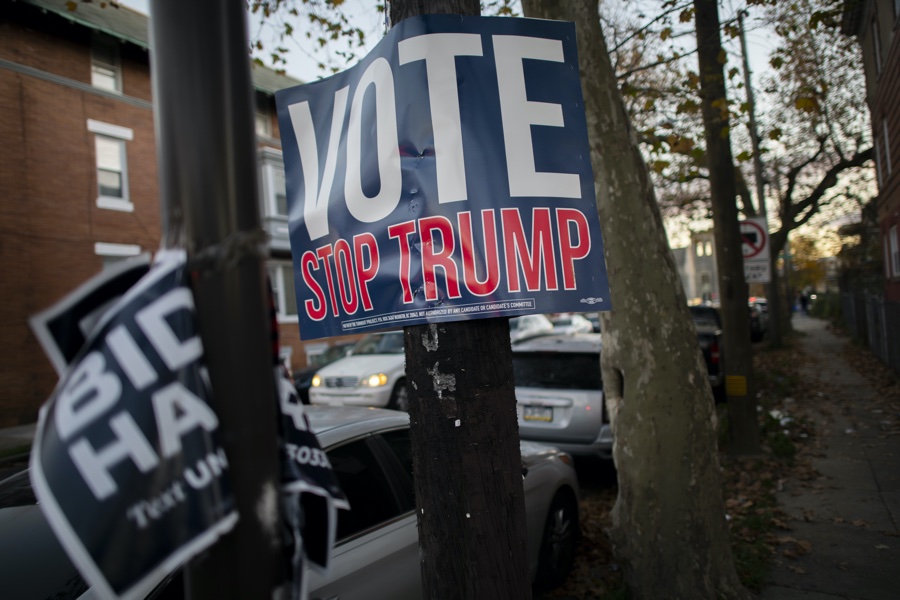 After four years of anguish and anticipation, I can now finally say this in full confidence: Donald J. Trump, you’re fired.

Joe Biden, a son of Scranton, Pennsylvania, whose wife Jill grew up outside of Philly, defeated Trump in a resounding victory heard around the world on Saturday. Philadelphia partied like we had won the Super Bowl again. New York City, Trump’s hometown, rejoiced en masse at his demise. Washingtonians in D.C. packed the front of the White House, with spectators calling the now one-term president a “loser” as he returned from a golf outing. London and Berlin launched fireworks to celebrate Biden’s win, as Paris rang cathedral bells at night.

Just as I had told you, it would be Pennsylvania — and essentially the City of Brotherly Love and Sisterly Affection — that would decide this election. Although fewer Philadelphians voted for Biden than for Hillary Clinton in 2016, he got huge jumps from voters in neighboring suburbs that often work and party in our backyard. When the Keystone State’s 20 electoral votes were finally projected in his favor, the former vice president crossed the 270-electoral-vote threshold needed for victory.

Black voters in large major cities, such as Detroit, Milwaukee, and St. Louis, made Trump’s defeat inevitable. And although Biden’s support was actually down 2 percent from Hillary’s 95 percent of the Black voter haul in Philly, we still turned out disproportionately for Biden when you consider that Trump averaged 12 percent of the Black vote nationally in this election. Black Philadelphians stood remarkably strong with the Democratic ticket — especially compared to other demographics (especially white voters) who strayed farther this cycle — and they made all the difference. Biden didn’t forget to acknowledge how Black voters have consistently held it down for him.

“Especially at those moments when this campaign was at its lowest ebb, the African American community stood up again for me,” the President-elect said during his acceptance speech, slamming his fist on the podium as the crowd in Wilmington cheered him on. “You’ve always had my back, and I’ll have yours.”

While it was a relief, in a way, to hear the words come out of his mouth, it doesn’t change the fact that for months, I and others here hadn’t felt like the campaign had engaged the Black community particularly well. Perhaps that’s why Trump actually did better in the city than he did in 2016, and why Biden is on pace to secure fewer votes than Hillary Clinton did here last time around. There are mistakes the campaign made, and that the party must learn from for 2024. Because of the pandemic, engaging with everyday voters had to work differently, and the campaign did not adjust. Things may be “back to normal” in 2024, but the lessons of 2020 should not be ignored.

For starters, in Philly, engagement leading up to Election Day felt rushed and late. Kamala Harris made her first grand appearance in the city in mid-September, more than a month after being announced as Biden’s running-mate. With Biden’s headquarters downtown, and with COVID changing the nature of campaigning, I expected a ton of engagement with the local Black press and/or community organizers. That didn’t happen. WURD host Solomon Jones and I were the only two Black journalists in Philly who got one-on-one interviews with Harris. Biden didn’t do any exclusive interviews with the Black press in Philly leading up to the election, a mishap that drew further concerns over how the campaign was engaging Black voters.

Events aimed at Black men felt redundant, preachy and basic. I can’t count how many times I saw Congressman Dwight Evans, State Sen. Sherif Street, or State Rep. Malcolm Kenyatta featured in programming while everyday Black Philadelphians weren’t meaningfully included. The most glaring example of this was when former President Barack Obama visited Philadelphia days before the election. At a North Philly recreation center for an event meant to engage Black male voters, the only Black male voters I saw were the elected officials, ward leaders, surrogates, and committee people in attendance — “voters” who already understood the importance of showing up to the polls. I found myself wondering how different this event would have been had Obama actually gotten to talk to a group of young Black male voters who’d be voting for the first time, who likely never get face-time with public figures such as him. This was a missed opportunity at best, and at worst an overreach for political clout from our local leaders.

And there was too much showboating. I saw many more Kamala selfies with our elected officials than with non-politico Philadelphians. Compare that to then-candidate Clinton in 2016, who almost everyone had a chance to see at a community event or rally in Philly. Given that the pandemic stymied much of that this go-around, Black Philadelphians with no political clout should have been engaged even more intensely.

What’s truly astonishing about Biden’s success in Philly is that, despite his campaign’s missed opportunities to engage Black voters, we still showed up in huge numbers and secured him a victory. But the warning signs are there if you look for them. Trump did better in this city than four years ago, and picked up a more voters of color nationally, and, other than the Presidential race, Republicans did better than expected nationally. High Democratic turnout in the suburbs and the city made the difference, but it all proves that future campaigns can’t be lax when it comes appealing to Black voters. If the Republican nominee hadn’t been such a racist bigot, things might have gone differently. But for now, we have chosen a better leader who has already made a commitment to Black voters that his own campaign team couldn’t properly convey: Biden says he has our back—let’s be sure to see that he does.