First in Line at the Polls, “Terrified” but Prepared

Early morning scenes from a West Philly polling place, featuring the start of a line to vote and a fake “poll watcher.” 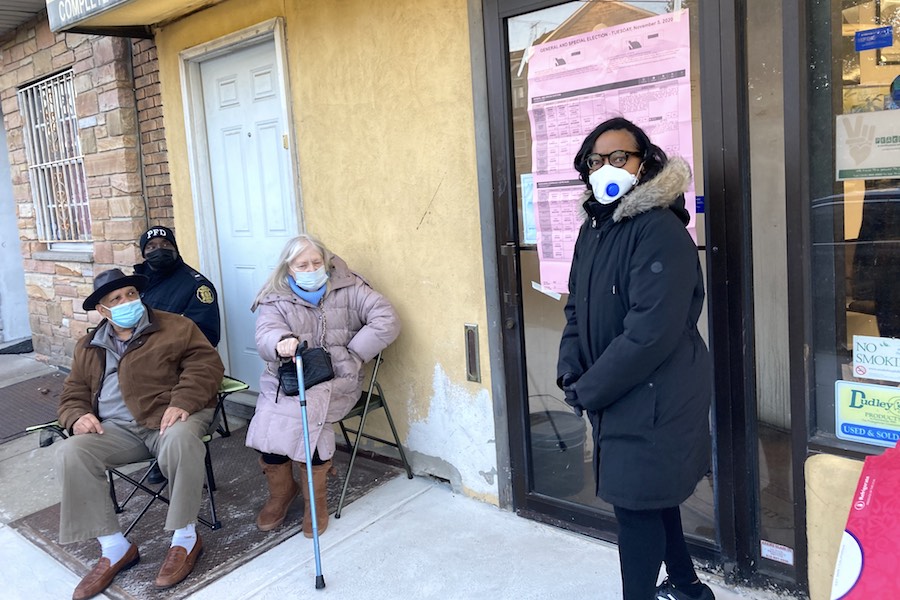 West Philadelphia resident Denise Pettus thought she was going to be the first person in line on Election Day. So when she showed up just before 6 a.m. outside her polling place, located inside an old neighborhood barbershop on Lebanon Avenue, Pettus seemed a little disappointed to find me there by the door. Fortunately for her, I already voted by mail in ballot and had just stopped by to see the early action.

The city has been putting signs up all over town telling voters to “Make a Plan.” And Pettus took that advice to heart. Prior to Election Day, she checked the official website to make sure that she knew where to vote. Then, she went online and found the official sample ballot that she’d see at the polls.

“I understand, quite naturally, who the presidential candidates are,” Pettus told me, as the sun began to rise and more voters trickled onto the street. “But every race is important … especially this year. So I wanted to drill down into all the candidates and make sure that I understood the ballot questions, which can sometimes be so confusing.” 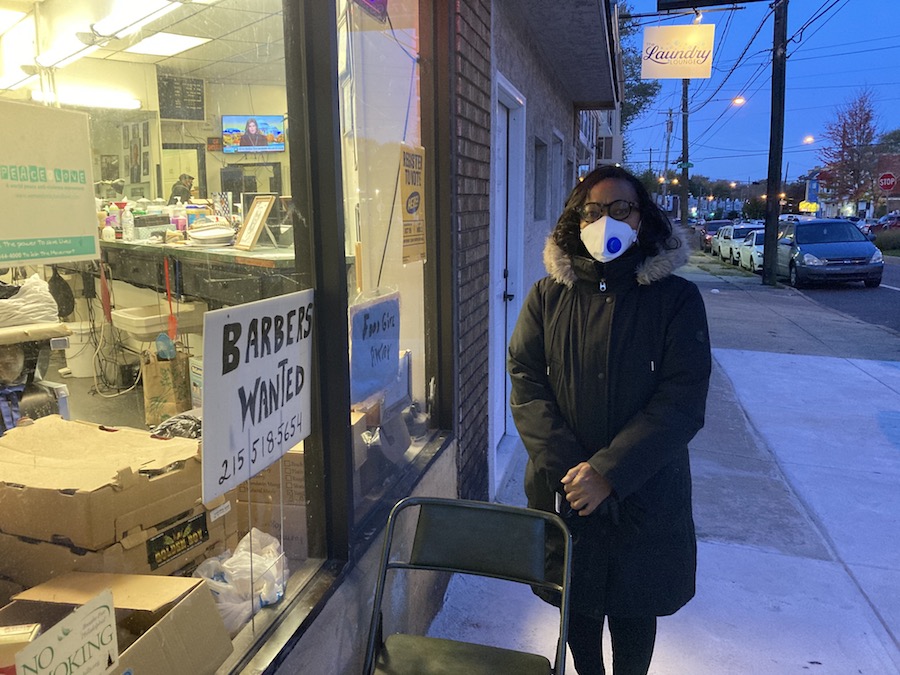 And then there were the smaller forms of preparation. Making sure her clothes were ready the night before. Making sure she was up early enough to take her dog for its first walk of the day. And making sure she had a folding chair to bring.

So, yeah, if you want a poster child for voter preparedness, I’ve got your ideal candidate right here.

Pettus voted by mail for the primary due to COVID concerns. But she says there was no way she was voting by mail this time, because she’s worried that her vote will not be counted.

“I am terrified about this election,” she says. “I didn’t sleep well last night. Because I am afraid of unrest, no matter what the outcome of the election is. And because, if Donald Trump wins, I really have to think about the messaging around what kind of country I live in as an African American woman. I just don’t know if I will be able to believe in our democracy or our electoral process at that point.”

A neighbor walked by and recognized Pettus, and the neighbor asked her if this was the right place to vote. The neighbor hadn’t checked the official website, and she became confused when she saw this sign posted on her block: 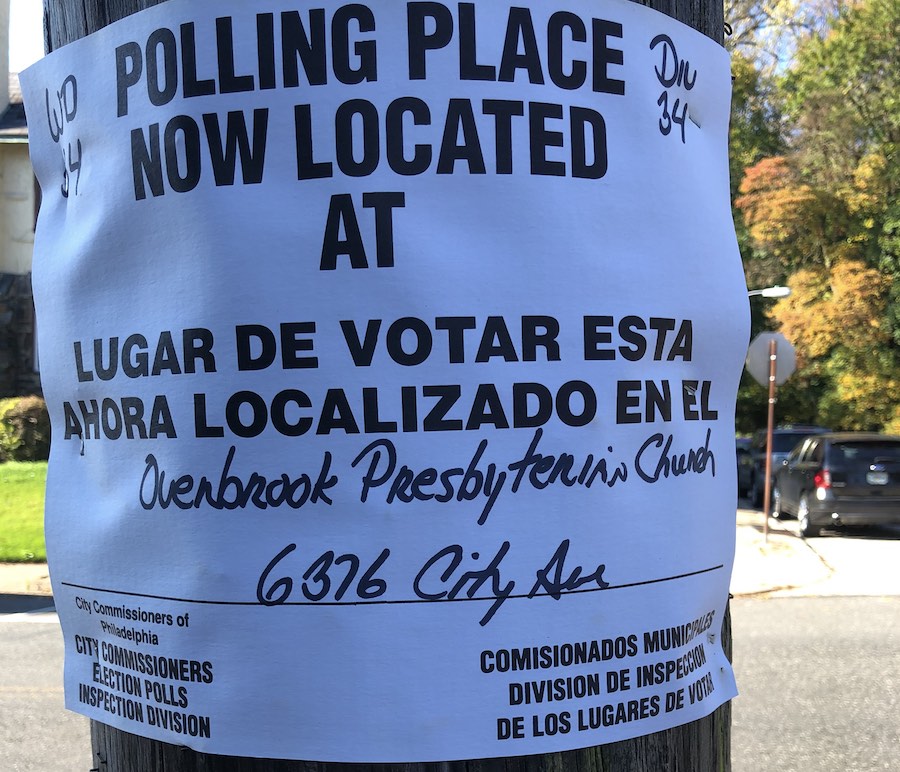 “It’s so confusing,” the neighbor told Pettus. “They should really make it clearer.”

I asked the two older, shivering people behind Pettus in line why they didn’t do mail in ballots. They said they wanted to utilize the satellite voting center on 62nd Street, which was set up specifically for mail in voting, but that the lines were always wrapped around the block. So the man went outside at 3:30 a.m. and set up a chair to hold their place.

The man sitting behind them works for the Philadelphia Fire Department. He told me that he needed to get in early to vote, because he’ll be spending the remainder of the day at the Convention Center, where officials are, ironically, counting mail-in ballots.

“No way was I going to do a mail in ballot,” he said. “No way. I’m going to walk inside and push those buttons.”

As we all chatted on the sidewalk, a man walked to the front of the line and identified himself as a “poll watcher.” And since poll watchers are likely to become a pivotal part of what will most likely be a contested election, I asked to see his certification paperwork, since all poll watchers in Pennsylvania must be registered as such and certified by the courts.

I told him to stop calling himself a poll watcher, informing him that he’s just a guy standing on the sidewalk. I also asked him if he was aware that he’s not allowed inside the polls. He said he was.

“I’m just going to stand out here and answer any questions people may have,” said the guy from Maryland. “Just trying to be helpful.”

But back to Pettus. I asked if she had to head to work after voting. She told me that she actually took the day off, because she wasn’t sure what to expect. She plans to head over to the office of her state representative to see if there’s anything she can do to help out.

“I’ll do anything that doesn’t require me to stick other people in my car,” she says. “I just want to help. And I’ll probably bring some sandwiches and sodas to the poll workers later in the day.”

After that, Pettus says she’s actually going to ignore the news for the day.

“I really don’t think I can watch it,” she tells me. “Last time around, I went to bed thinking that Hillary had won. And when I woke up the next morning, I nearly had a heart attack.”