The Best Thing That Happened This Week: One More Trump Campaign Lie Bites the Dust

A new study shows that sanctuary city policies do exactly what they're intended to do, not what the President and his cronies say they do. 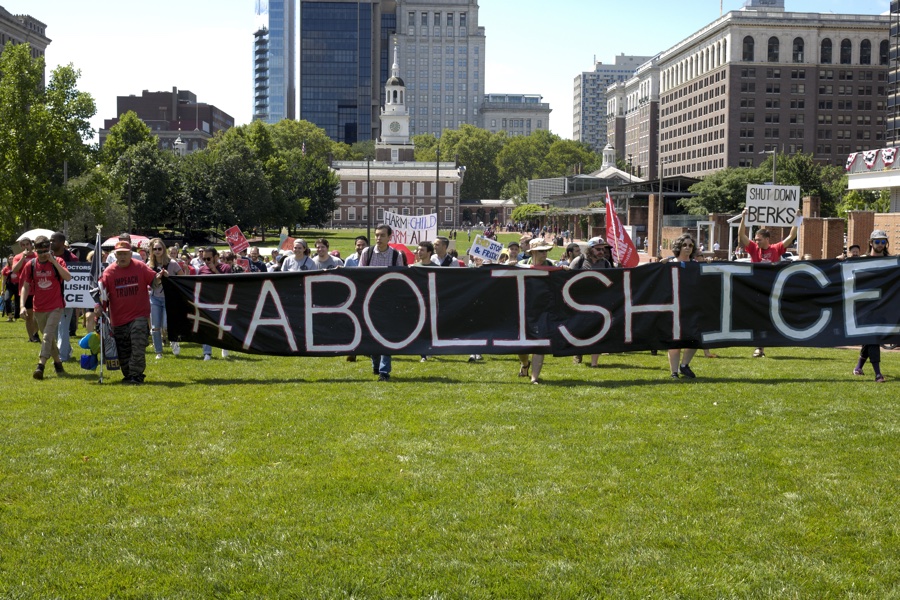 Under holiday-appropriate immigration policy ghoul Stephen Miller, the Trump administration has been busily chattering about how “sanctuary city” policies like the one enacted in Philly by Mayor Jim Kenney — and favored by Trump presidential rival Joe Biden — are going to strand our nation in a morass of violent criminals from below our Southern border. Just last week, ICE officials in the city trumpeted the arrests of 26 immigrants in what the Washington Post called “a vigorous effort to echo the president’s claims that a victory by Democratic presidential nominee Joe Biden would sow lawlessness and leave Americans unsafe.” Homeland Security acting secretary Chad Wolf — he’s “acting” because he and his top aide have both been deemed legally unqualified to hold their positions — came to town to promote the “Operation Rise” campaign, declare sanctuary city policies “a threat to the homeland,” and tout ICE’s cool new local billboard program that asks the public for help in finding and deporting dangerous criminals. Presumably ICE is better at finding criminals than it is at locating the parents of the more than 500 kids it detained at the border and now can’t reunite.

Too bad for Stephen Miller that his Halloween’s been ruined by a new study out of Stanford University this week showing that sanctuary city policies have done exactly what their advocates hoped — reduced deportations, by about a third — while having no significant effects on crime in 200 cities where they’ve been enacted. What’s more, the study’s authors say, the policies cut the deportations of nonviolent criminals in half without affecting the deportations of violent ones. Researcher David K. Hausman used the government’s own statistics to show that sanctuary city policies “do serve a protective role, but there’s not the cost to public safety that their critics claim.” Hey, Stephen Miller: BOO!! Now crawl back under your rock until next Halloween.