The Best Thing That Happened This Week: Robeson’s Richard Gordon Is the Best Principal in All the Land!

How do you turn a school around? Just ask him. 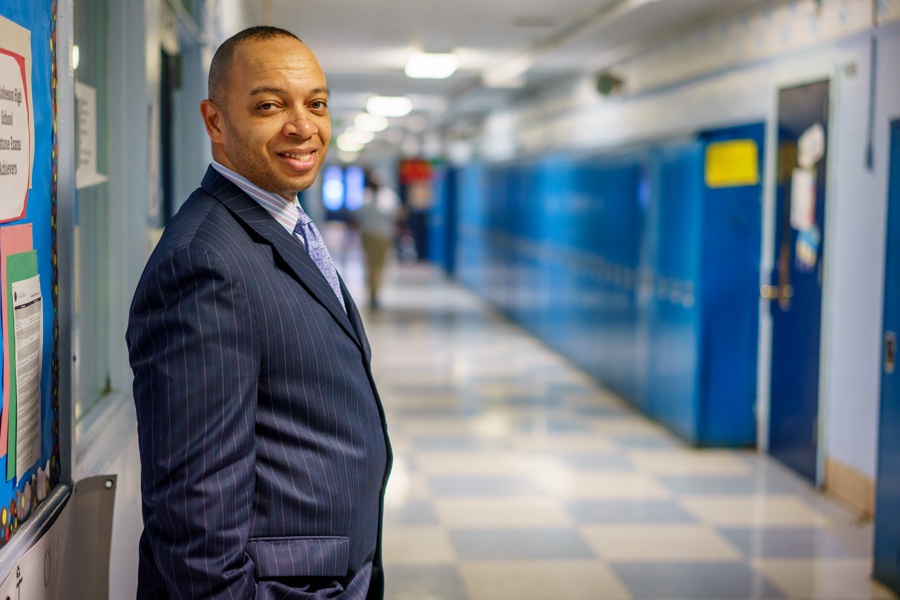 Richard Gordon, who was just named National Principal of the Year by the National Association of Secondary School Principals, at Robeson High School for Human Services in West Philadelphia. Photo courtesy of Richard Gordon.

Back in 2013, the Philadelphia School District was planning on shuttering West Philly’s Paul Robeson High School for Human Services. The all-city-admission school, housed in a former garage, had fallen on hard times, and Superintendent Bill Hite’s plan called for its students to be sent instead to Sayre High. A last-minute reprieve granted by the School Reform Commission gave newly appointed principal Richard Gordon the chance to get to work on a rescue plan. Gordon, a native of Camden, son of a single mother and a dad who was in and out of prison, focused on retaining the dedicated remainder of his staff and building trust among his students, the vast majority of whom live in poverty — and each of whom has his cell-phone number. Four years later, the school was named the city’s most improved; today, 95 percent of its graduates go on to college. And this week, the National Association of Secondary School Principals named Gordon its 2021 National Principal of the Year. The secret to his success? “I am the students that I serve,” he says.