She claims that white customers and white employees treated her and other persons of color with racial hostility on numerous occasions. 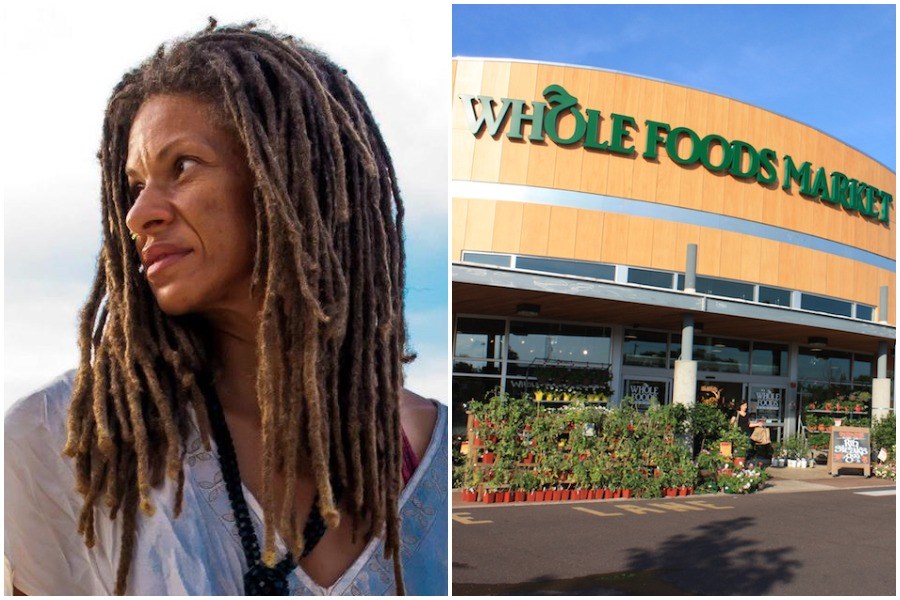 In a lawsuit filed in Philadelphia’s federal court late last week by Center City attorney Jamie Funt, 53-year-old East Mount Airy resident Michelle Brown claims she and other Black and brown workers were subjected to a “racially hostile” work environment by not just other Whole Foods employees but also by customers of the Plymouth Meeting location. And she alleges that when she tried to do something about it, Whole Foods management shut her down and then fired her in retaliation.

Brown, a mother of two and a Moore College graduate, began working as a cashier at the Plymouth Meeting Whole Foods in May of 2018 to make ends meet between selling artwork and clothing she makes.

According to Brown’s suit, the vast majority of customers were white and all members of the back-of-house staff and management were white, with the lone exception of Jaleel McFadden — he’s the manager who filed that 2019 lawsuit — who is Black.

Brown claims that while she was working there, some white customers were verbally abusive to her and other workers of color, some allegedly using racial epithets against the employees. The suit also claims that some white customers refused to allow Black cashiers to touch their money, credit cards and groceries and that some would baselessly accuse Black employees of providing substandard customer service or not smiling enough.

This racially hostile treatment from white customers also extended to some Black customers, claims the suit.

In November of 2019, a Black family was taking a while in Brown’s checkout line because they were having a hard time using their smartphone app to get a discount as Amazon Prime members. A white man behind the family got upset at the delay and, the suit alleges, remarked to a white Whole Foods employee, “This is why I can’t stand Black people.” And then he used a racial epithet against them, claims the suit.

On one occasion, a white store employee for some reason thought it would be a good idea to make a caricature of a Black person using, of all things, an eggplant as part of a store display. When a Black customer understandably became upset over the image, the caricature was merely moved to an employee break room, according to the lawsuit.

Brown says that she and other employees tried to do something about the racism in the store but that their efforts went nowhere. The suit claims that the company would act like it was going to investigate but then little or nothing would happen. Once, the suit claims, a racist white Whole Foods manager was moved out of the store, but only to be replaced by another racist white manager.

According to the suit, Brown also faced retaliatory action by Whole Foods management as a result of her complaints about racism in the store. She says she was subjected to retaliatory disciplinary actions and that eventually, in late November of 2019, she was terminated — ironically given the bad news by none other than McFadden.

Out of a job, Brown filed for unemployment compensation. She was originally denied, because Whole Foods claimed she was fired due to “willful wrongdoing.” Brown appealed that determination, and according to an order issued by Pennsylvania’s Department of Labor & Industry and reviewed by Philly Mag, that decision was reversed.

The referee in that case determined that “Brown consistently worked to the best of her ability and to consistently adhere to employer policy” and that “there were multiple instances in which white coworkers and customers engaged in discriminatory conduct and statements toward” Brown and others.

Brown now works as a substitute teacher at a Philadelphia charter school.

“Ms. Brown, a mother, teacher, and artist, is standing up for all the workers who dare to speak up against workplace injustice,” her lawyer tells Philly Mag. “This lawsuit is about holding Whole Foods accountable to fulfill its obligations under the law to maintain a workplace where all workers, regardless of the color of their skin, are treated fairly and with dignity. It is about Whole Foods living up to its stated policy of honestly investigating incidents of racial discrimination rather than sweeping them under the rug and silencing and/or retaliating against those who dare to speak up.”

Whole Foods is also defending itself in a racial discrimination lawsuit in Massachusetts after the company told employees they could not wear “Black Lives Matter” messaging on their masks or clothing.