No, Mail-In Ballots Won’t Be Available On Monday. Blame the Green Party

Plus: State liquor police take it way easy on Philly-area bars amid COVID. And why you can’t watch the Eagles game with your friends. 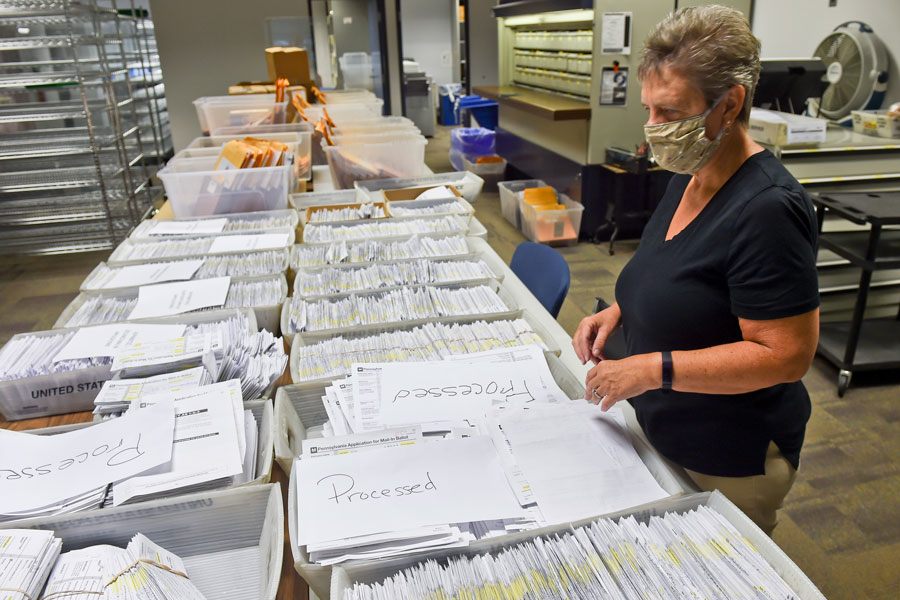 Monday is September 14th. That is the day when Pennsylvanians were supposed to be able to begin sending in mail-in ballots for the November 3rd general election. There’s just one problem: the mail-in ballots haven’t even been printed yet. Why? It all boils down to the Green Party.

So here it is 2020, and Green Party leaders and bona fide socialists Howie Hawkins and Angela Walker are running for President and Vice-President of the United States, respectively. Due to some issues with the logistics and paperwork surrounding the candidacy of Hawkins and Walker in Pennsylvania, some Democratic leaders in the state (none from around here) went to court to get Hawkins and Walker knocked off of the ballot. Earlier this week, a judge ruled that Hawkins could stay, but he jettisoned Walker from the ballot. And now Democrats are appealing the matter to a higher court.

Though there is a bunch of litigation surrounding the upcoming general election in Pennsylvania — particularly with the mail-in ballot situation — it is this Green Party kerfuffle that has prevented county board of election offices from printing the very ballots that are supposed to be used by mail-in voters, explains Philadelphia City Commissioner Al Schmidt.

“They could be on or they could be off,” says Schmidt of the potential outcome of the Green Party court battle. “Regardless, we are still going to have to begin mailing out ballots by the end of the month. We will reach certain fail-safe points along the way where we will just have to begin doing things instead of waiting for the courts. You can’t just wait forever.”

Schmidt also points out that while we were supposed to be able to walk into the Philadelphia board of elections office on Monday to request a paper ballot in person (the idea here is that you would be able to simply fill out the ballot and turn it right back in), that wouldn’t be happening even if the office had the ballots, because the office is closed to public access due to COVID-19. Schmidt says the city commissioners have been working with the city to figure out a workaround.

Though there’s still a lot up in the air, one thing is not, according to Schmidt: the need for you to complete  and return your mail-in ballot as soon as you get it.

“If you’re going to vote by mail, there is absolutely no reason to wait,” Schmidt insists. “When you get that ballot from us, if you know who you are voting for, fill that thing out and mail it back right away. Don’t let it sit on the dining room table!”

Tewfik asked the city’s health department if it plans to bolster its restaurant inspection team’s numbers (as New York City is doing) to make sure that the indoor dining is being done safely. The city said no.

And, the fact of the matter is, the restaurant inspectors haven’t exactly been kicking ass in this department when Philly had only outdoor dining — something you can observe without even entering the front doors of a restaurant.

The city only inspected — let alone cited — a small number of restaurants downtown since outdoor dining began after the COVID restrictions were originally put in place. The health department shut down just a handful for COVID violations. And, as anybody who walks around popular dining areas in the city knows, there have been obvious violations all over the place.

So it’s pretty clear that the health department isn’t going to do much about COVID violators. What about the Bureau of Liquor Control Enforcement (LCE), the arm of the state police charged with inspecting any establishment with a liquor license? Don’t count on it.

According to state records, LCE agents have visited licensed establishments in the greater Philadelphia area 8,221 times since July 1st. And how many times did they flag establishments for COVID-related violations? Just six. And they issued just 63 warnings. So that’s violations issued during just .07 percent of their visits and warnings during .7 percent.

Hell, I am aware of at least two bars in the region that LCE agents visited when bars weren’t allowed to be open at all — these bars were open completely illegally when other bars were completely shuttered — and the LCE agents allowed folks to finish their drinks. The bars got verbal warnings and that was that.

It’s great that the LCE agents aren’t throwing the book at local establishments. But six citations out of 8,221 visits? There is such a thing as being too nice, you know.

City to Residents: Don’t Watch the Eagles Game With Your Friends

If you’re anything even closely resembling a Philadelphian, then you should know that the first Eagles game of this complicated season is on Sunday. We’re playing what is now known as the Washington Football Team. The venue: FedExField in Maryland. Game time is 1 p.m.

OK, now that you’re up to speed on all that, you may be thinking it’s a great idea to grab a bunch of friends and watch the game together. You know, the way you did before the Apocalypse That Is 2020 came upon us.

Alas, perpetual buzz-killer a.k.a. Philadelphia Health Commissioner Thomas Farley says you shouldn’t do that. During a press conference on Thursday, Farley advised against tailgating and watching the game with anybody who doesn’t live in your household.