"You need to calm your city down," says a relative of the late Allen Mikell. "Before somebody burns it down over something that didn't happen." 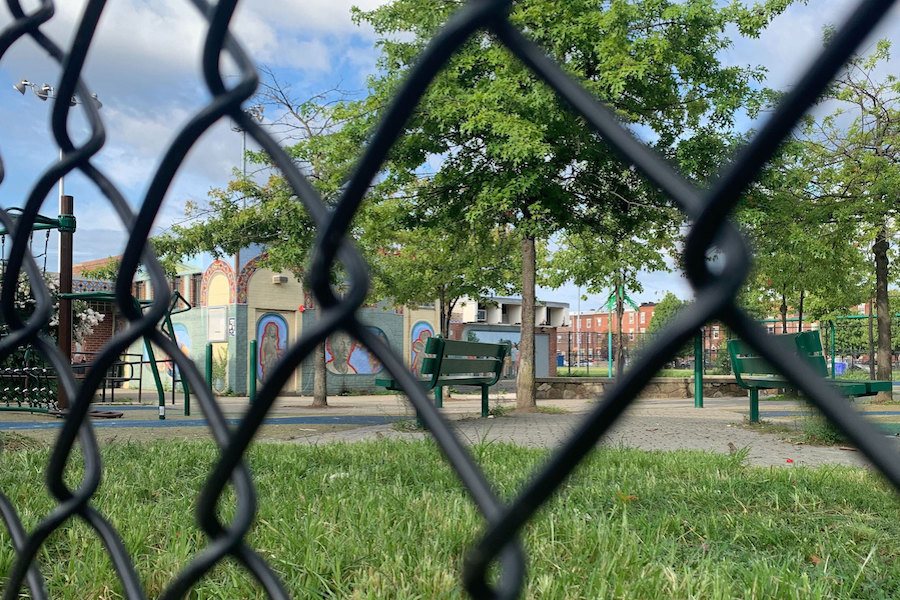 There are two things that everybody agrees on about the death of Allen Mikell. One is that he breathed his final breath at Capitolo Playground in South Philadelphia. The other is that he did so in the early-morning hours of Thursday, August 13th. From there, the narratives differ greatly.

In the days and weeks since his death, there have been rampant rumors and speculation from activists and social media pundits about the end of Mikell’s life.

Many have deemed his death a lynching. Some have asked why there has been no media coverage after Mikell, a Black man, was found hanging in a park, echoing a disturbing trend of Black men found hanging in the United States in 2020.

Posts such as this one keep popping up on Twitter:

A probable lynching occurred in SOUTH PHILADELPHIA and not enough people are talking about it. Say his name #AllenMikell

📣📣📣 ATTENTION EVERYBODY!!!!
THIS IS ALLEN MIKELL!!! He is the gentleman that was found hanging in @capitoloplayground last week while visiting from down south.

His death has been ruled a suicide but family and friend believe different. The community sides with the sentiments of the family.

We cannot allow this incident to get swept under the rug under any circumstances. We are witnessing what possibly was a lynching in 2020 #PHILADELPHIA!!!! #REPOST

And the tips keep coming in to Philly Mag via email, this one just a few days ago:

On August 13th, a Black man was found dead, hanged by the neck at South Philly’s Capitolo Park playground. The man, Allen Mikell, was visiting family from out of town, and disappeared the night before.

The family insists that this is not a suicide and that there is definitely evidence of foul play. However, there has been almost no coverage of this man’s mysterious death, and seeming reluctance from local authorities as well as business owners with access to security cams that could clarify what happened.

Considering the inexplicable hangings happening across the country — not to mention the fact that this is allegedly the SECOND hanging that has happened at Capitolo Park — I think this story deserves more scrutiny. I hope you’ll consider it for coverage.

Earlier this week, one South Philly resident posted that the family had convinced Philadelphia Police Commissioner Danielle Outlaw to launch an investigation into what really happened here. This assertion that the family “insists” Mikell’s death was not a suicide comes up again and again.

“I don’t know what family members they’re supposedly talking to, but we know what the truth is,” says one of Mikell’s relatives, who asked to remain anonymous. “You need to calm your city down before somebody burns it down over something that didn’t happen.”

Since the memorial service last Saturday at Emmanuel Johnson Funeral Home in Mount Airy, Philly Mag has spoken with three of Mikell’s family members, all of whom are certain there was no foul play involved in his death.

They all agreed to speak on the condition of anonymity. One explained that this need for anonymity is because certain family members are “embarrassed” by what happened and would prefer that other family members not speak to the press about it.

“But if we don’t put our voices out there and let everybody know what really happened, I’m honestly worried about what might happen next,” a relative told us. “Especially in 2020. There’s just so much anger and unrest out here.”

According to the family, police were able to piece together Mikell’s final moments thanks to surveillance cameras in the area. A quick walk around the perimeter of Capitolo, which is on the 900 block of Federal Street just across from Pat’s and Geno’s, reveals numerous cameras. And a Philadelphia law enforcement source has confirmed that family members were permitted to view the video.

“I now have closure,” one relative said after authorities allowed members of the family to see the video.

“It is clear as day,” said another. “Allen is alone. He looks around to make sure no one else is there. He acted alone. This was not a lynching. This was not a murder. And I just don’t like the way that some people are picking this up and running with it when they don’t really know.”

Department of Health spokesperson James Garrow confirms that the medical examiner’s office ruled that the cause of Mikell’s death was hanging, and the manner suicide.

And the Philadelphia Police Department won’t release any information about the investigation — but says that’s not because there’s any cover-up or conspiracy.

“It’s true that the information we release on suicides is limited,” says police spokesperson Eric Gripp. “Once the medical examiner makes the determination that a death was a suicide, we treat it like any other natural death.” Gripp says the situation is no different from when an elderly person dies at home surrounded by loved ones: No information is released to the public.

As for the assertion that there was a similar incident at Capitolo — a rumor that has been repeated over and over — Gripp says that’s simply untrue. Same for the claim that Commissioner Outlaw has agreed to further investigate the case. “The case is closed,” says Gripp. And Garrow confirms that the medical examiner’s determination stands.

We reached out to some of the people who spoke out online about the family’s feelings and wishes surrounding the case. Nobody could point to a family member who was actually spoken to. One woman who said she was a family member of Mikell’s and who was originally using social media to question the factors surrounding his death has since posted that she’s now satisfied with the results of the investigation.

But the rumors and speculation persist.

“Why don’t police just release the video to the public?” one suspicious South Philly resident asked me.

“We would never release a video from a suicide,” a law enforcement source tells me. “That would just be ridiculous. Besides, we could release a video and you’d still have people who come up with their conspiracy theories. There are still plenty of people who don’t believe in the moon landing.”