White Democrats, It’s Time for You to Get Your People to Vote

As the Democratic National Convention kicks off, Black voters shouldn't be the only ones being pressured to vote in November. White Democrats need to do better this time around. 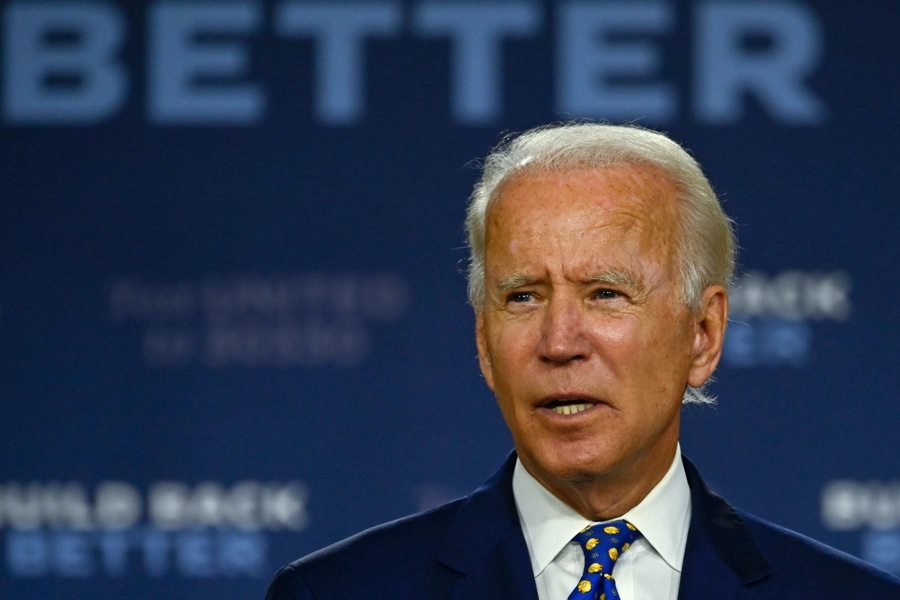 As the Democratic National Convention finally takes off, Black voters are infighting more than ever.

Democratic presidential nominee Joe Biden’s pick of California Senator Kamala Harris as his running mate has set off a generational and ideological clash among Black voters who are either inspired by this historic moment or not feeling it at all. Although I’ve made it very clear in the past that I have no other choice but to vote for Biden on November 3rd (because he’s the lesser racist on the ballot), that won’t shut me up about how disappointed I am with this lackluster Democratic ticket.

In an election cycle where we had our choice of many candidates more progressive on health care, social change, and other timely issues, we chose an old white man who can’t stop making racist gaffes and who, in turn, chose a “top cop” former prosecutor who has yet to seriously address her troubling criminal justice history in the Black Lives Matter era.

I can’t begin to recount how many debates I’ve gotten into on social media with Black voters old enough to be my parents about how this presidential ticket is a letdown. It’s become clear to me that an abundance of caution and the fear of a Trump reelection have outweighed the push for a more progressive Democratic campaign platform. For several Black boomers, it’s all about defeating the dictator in office right now. They just want Trump out — that’s all they care about.

“We’ll get to the rest later,” one of my senior Facebook followers wrote bluntly in response to my concerns about the pressing issues Biden and Harris aren’t prioritizing. “Black people need to vote to save this country.”

And that’s when I began to wonder: What are all the white Democrats doing right now as paternalism and respectability politics collide with Black voters?

As much as I believe in the power of the Black vote, numbers don’t lie. We are less than 14 percent of the United States population, and when you factor in mass incarceration, poverty, and other systemic barriers, we are an even smaller voting bloc — one that can never be solely responsible for the make-or-break of a national election. The truth of the matter is that when it comes to voting against Trump, Black voters are overwhelmingly on the right side of history.

The real problem lies with white voters, notably white women, who continue to be divided on how they feel about a president who has espoused sexist, racist, xenophobic, Islamophobic, anti-LGBTQ, classist, and otherwise bigoted ideals and policies throughout his term.

So much of the Biden campaign’s messaging has been fixated on Black voters (either through questioning their Blackness in interviews or launching race-focused initiatives), demanding that they show up to the polls to vote against Trump at all costs. We have been programmed not to care who is ultimately on the Democratic ticket (and what those candidates stand for) because the Democratic option was always going to be less bad, by default, than Trump. In other words, Black voters have been marginalized in this country so much that only one major political party feels remotely plausible to us. The Democratic Party pretty much pitches us with the “lesser of evils” approach most of the time and then prays it hits the estimated Black voter quota necessary to secure an election victory. Republicans barely try to entice Black voters to their party. Seriously, they can keep it.

But as Black voters undergo another round of Democratic fear tactics focused on Trump, white voters appear to be absent from these internal conflicts. With the exception of Bernie Bros, I’m not seeing the same aggressive efforts from white Democrats pushing their “undecided” families and colleagues to vote differently from in 2016. While Black people are having cross-generational arguments about the importance of voting, there is an unsettling avoidance from self-proclaimed white liberals and progressives to break away from their safe spaces and do the necessary work to get out the vote in their communities. Research is already showing that some white liberals will probably vote for Trump, given the effectiveness of his racist dog whistles. And if white people are still having difficulty talking about racism with one another, this anxiety can deeply impact voter turnout in the suburbs and among white college-educated demographics.

If the Black community is being unfairly leaned on to get Trump out of office on November 3rd, white voters who know better ought to feel the pressure to act more than ever. With more than 60 percent of the nation’s population identifying as “non-Hispanic white,” this voting bloc has a lot more potential to impact the election than underrepresented groups, by definition, do. Rather than spend so much time chastising the nearly monolithic voting consensus of Black people, perhaps it’s time for white Democrats to hold themselves more accountable for the potential outcome of this election (to say nothing of the outcome of the last one).

Yes, it’s true: More than a third of the 4.4 million Obama voters who didn’t show up to vote for Hillary Clinton in 2016 were Black. Two words: voter suppression. But the majority of Obama non-voters were still white and likely didn’t vote for Clinton because of the racial hostility instigated during the election. And no, it wasn’t just working-class white people — but white college grads and millennials, too, who should have known better. As the Black community grapples with trying to reclaim those Obama-era Black voters for the Democratic Party, white Democrats shouldn’t be left off the hook — they need to step up to recover voters who strayed from their networks as well.

It’s time for white Democrats to do their own work and not just pander to voters of color to do the heavy lifting. The burden should never be placed on the descendants of American slaves and indigenous people to save a country that has yet to fully liberate them. The sacred Black vote is the Democratic Party’s undeserved blessing; voter outreach efforts to this community should never feel like an obligation of political servitude.

To all of the newborn “woke” white Democrats who are now reading books on antiracism by Ibram X. Kendi, Robin DiAngelo, and Ijeoma Oluo — now is the time to channel that education into your direct messaging to your white friends, family, classmates and colleagues who also need to be voting against Trump in November. If racial hostility was a driving factor in how white voters shifted from Obama to Trump in 2016, that means the onus is on white people who know better to get their people to do better. Black voters can only do so much to move the needle within our community, but we shouldn’t be the only ones putting in that electoral work right now.

Such get-out-the-vote responsibilities should largely fall upon the demographic with the most wealth, access and power — white people. If Democrats want Trump out, it will be up to white voters within the party to get their people fired up and ready to go in November.

Black voters been on the right side of history. It’s time for everyone else to finally get on board.