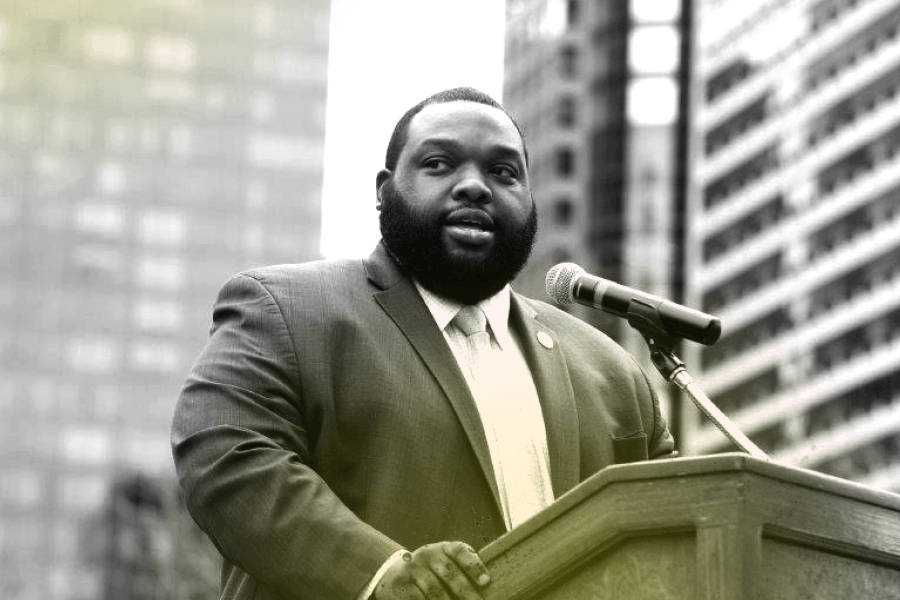 Jordan A. Harris, 36, of Grays Ferry, is the state Representative and Democratic caucus whip for the 2019-’20 legislative session.

For years, I’ve seen the issues of Black people become auxiliary to the Democratic Party instead of ingrained in the fabric of what the party stands for. I think what we’re seeing now is frustration — not just from the folks on the ground marching in the streets, but even from folks who work inside the Establishment, like me — with others not seeing the issues Black and brown people go through as being of importance to everybody.

We’ve seen uprisings like this before. But I think that this video of George Floyd was just so clear-cut. Black and brown people have known about issues of police brutality and accountability in their communities for generations, but the consciousness of our white allies has been awakened. And now I think you see everybody willing to come together to finally address these things. That’s what needs to happen to see change for Black people in this city and in this state. Everybody needs to be on this course; it can’t just be Black people.

For the first time, I’ve had white allies reach out to me to ask what they can do to help. I’ve had White House members call and tell me that they’ve attended a Black Lives Matter rally because their children told them that they needed to go. Now is the time to engage them in the struggle, so that they can use their power to address this as well.

This is a defining moment. This is not the moment when things will simmer down and people will forget and move on. I think it’s different because people are really feeling and expressing the need for wholesale change to the way we do things. Institutional change starts from the foundation, and we have to change the foundation of politics and power in this Commonwealth.

The people are going to elect leaders who they believe see their issues and have real plans for addressing them. I’m the whip in my caucus. It’s the most diversity in leadership that the Democratic caucus has ever seen, with three African Americans in leadership at one time. We must continue to have Black leadership in the upper levels of our government, so that we can be sure our issues are at the top of the list. Being in the room is not enough; we’ve got to be at the table.

Before, you’d only hear about these issues on the news. Now, you’re going to hear me and Joanna McClinton and other Black leaders in the Democratic caucus sharing our collective experiences in Harrisburg and moving other elected officials to take action. I’ve worked with a group of elected officials from City Council and the state House and attorneys to put together a platform for police reform focused on improving the relationship between law enforcement and the community and increasing law enforcement accountability. We’ve never seen this type of collaboration on these issues before. But I think in the future, you’ll see more collaboration like this among leaders in state, local and federal government.

There’s a lot of talk about how the changes we’re asking for are “radical.” I think we have to change that narrative. There is nothing radical about not wanting to die when I interact with law enforcement. The state legislation we’re trying to pass to ban use of force and qualified immunity is not radical. Mandatory drug testing after police-involved shootings is not radical. Having an oversight board for policing is not radical. We’re not asking for anything radical; we’re just asking for change.

Published as “It Should Be a Political Wave” in the What Should Being Black in Philly Look Like? feature in the August 2020 issue of Philadelphia magazine.