The Best Thing That Happened This Week: The Sounds of Summer. Sort of.

Pro sports are clawing their way back — and one local team has a new radio deal. 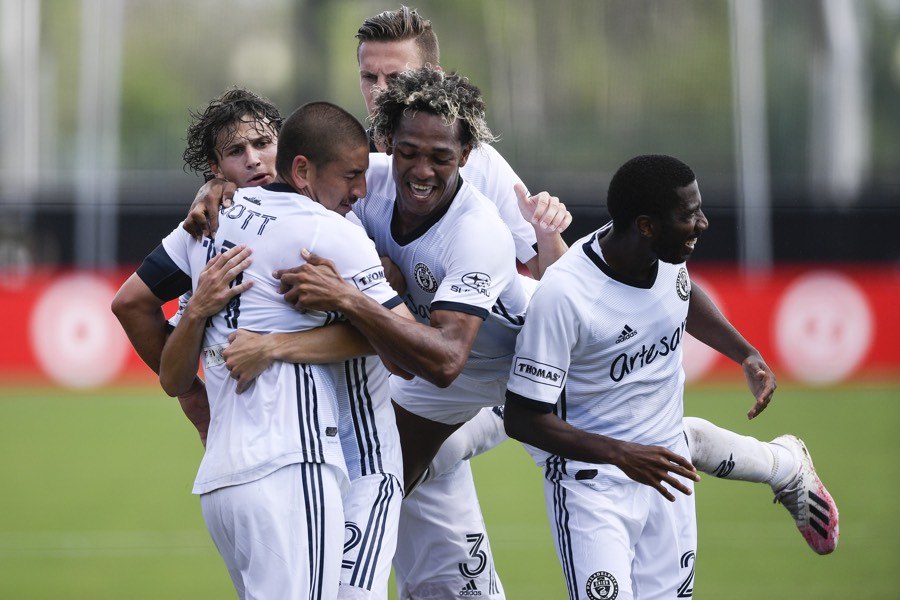 Alejandro Bedoya of Philadelphia Union celebrates with his teammates after scoring a goal during the second half of the game against the New York City FC in the MLS is Back Tournament at ESPN Wide World of Sports Complex on July 09, 2020 in Reunion, Florida. Players of the Philadelphia Union wore the names of Black victims of police brutality on their jerseys. (Photo by Douglas P. DeFelice/Getty Images)

Sure, this long stretch of enforced isolation has been hard. But you know what’s made it even harder? The dead silence in our backyard. For decades, we’ve done our yard work to the tinny sound of a radio poking out from the kitchen window, mowing the lawn (with an old-fashioned push-reel mower, so we can still hear), weeding the garden, painting porch chairs and picking tomatoes while Scott Franzke and Larry Andersen and Kevin Frandsen and Jim Jackson (and, once upon a time, the late, lamented Harry Kalas) called balls and strikes and “It’s outta here!” in the background, above the buzzing bees.

This spring and summer, though, the silence has been deafening.

We’re not here to debate the wisdom of canceling college sports seasons (or even entire sports). We don’t want to fight about whether the Sixers’ season is even worth saving. We don’t know if we’d go to a Phillies game when (if?) they start playing again. But we know where we were on Thursday morning when the Union kicked off against New York City FC in Orlando, becoming the first Philly-area pro sports team to play since the Phils beat the Rays way back on March 12th: in the backyard with the mower and clippers and fat, lazy carpenter bees, listening to the game on the Fox Sports “The Gambler” stations: 1480-AM and 105.3-FM. It was the first time ever that the team had a dedicated live radio broadcast and not just a TV simulcast. Sébastien Le Toux and Bucks County’s own Dave Leno did the honors. And just like that, the lawn chores got a lot more fun.