The former Cigna insurance executive has been firing off righteous screeds against his old industry on Twitter, outlining just how broken the system is amid the pandemic. 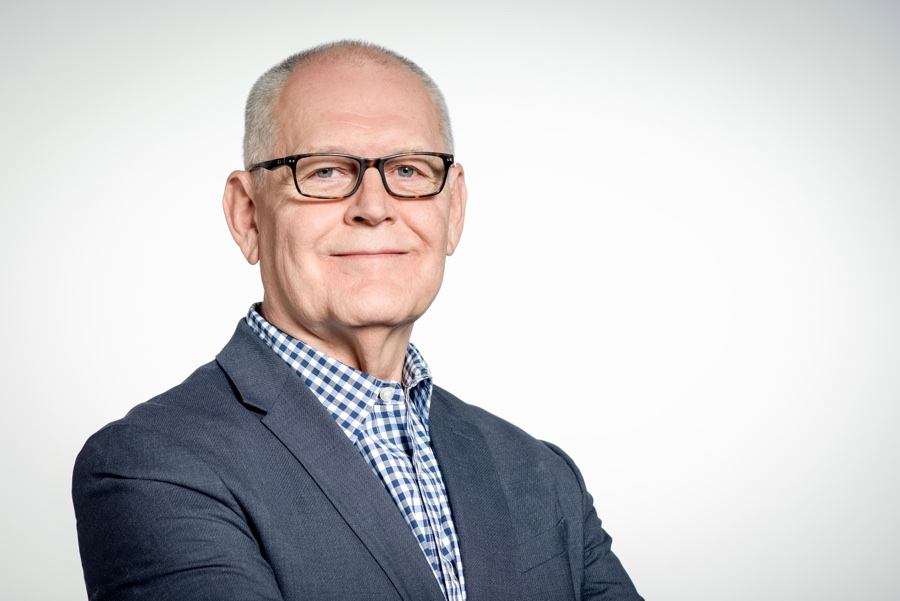 Wendell Potter has weaponized his insider’s perspective in his critiques of the American insurance industry. Photo courtesy of Wendell Potter.

Wendell Potter used to lie for a living. He admits this fact readily: Twenty years as an insurance executive at Cigna, during which time his job was to peddle misinformation defending the American healthcare system.

Eventually, Potter had an epiphany, realizing his own public relations spins were not, in fact, true. He quit. Ever since, Potter has been campaigning against the multi-billion-dollar insurance industry that he once defended. He founded a nonprofit healthcare publication, Tarbell, has gotten involved with two other nonprofits advocating for Medicare expansion, and has been been firing off pointed critiques at the insurance industry on Twitter. (His most recent tweet thread, posted June 25th, was also his most viral: more than 80,000 retweets and 11 million views.) “I often say what I’m doing now is an attempt to make amends for the harm that I know that my colleagues and I did during my career,” says Potter.

Potter’s particular style of Twitter takedown — that of the incredulous, but reformed, insider — makes for a compelling narrative. He almost always prefaces his tweets with a bit of soul cleansing: As a former insurance exec, I must come clean… The coronavirus pandemic has only raised the stakes and confirmed to Potter what he already believed: that the insurance industry is rotten. Potter, who’s been quarantining from his home in Queen Village, spoke with Philly Mag about how America’s private insurance system has worsened its COVID-19 outcomes, why insurer profits are rising even amid a pandemic, and why he’s still not optimistic that this country will create a Medicare for All system anytime soon.

In one of your recent tweet threads you suggested a correlation between the healthcare system of the country and the quality of its coronavirus response. You noted that Canada, which has a single-payer system, has a lower death rate per capita than the U.S. As it relates to COVID-19, how does single-payer improve not only infection rates but also the actual health outcomes at the end of the road?

In the Canadian system and in single-payer systems around the world, everyone living in the country has access to healthcare. And while the Affordable Care Act did a great deal of good, before this pandemic began we had about 30 million people who didn’t have health insurance and as many as 80 million people who are underinsured. That doesn’t happen in Canada and elsewhere. A lot of people in this country are afraid to go to the doctor, they are afraid to get tested for concern of how much it will cost them, how much they will have to pay out of their own pockets — even if they have insurance. So there is a lot of fear that’s holding people back. In Canada, there’s no charge at the point of service. You don’t have to stop and think, Can I afford this? before getting the care that you need.

In the U.K., which has a nationalized health system, they have 66 deaths per 100,000 people, compared to the U.S. rate of 39 deaths per 100,000 people. There are lots of other variables that could affect that death rate, like age of population or where the hot spot of a particular outbreak is happening. But when you’re using death rate as a data point to suggest that single-payer or nationalized systems are better, how do you reconcile that with the U.K. example?

That’s true. Statistics do show that the incidence of death in the U.K. is higher. I never was suggesting that it was solely the structure of a healthcare system that contributes to the success or failure of all that goes into how to deal with a pandemic. The age of population absolutely is a factor, the number of people who are in nursing homes is a factor. And in the U.K. there have been concerns over the years that it has not been as supported by conservative governments as it should be. Overall, though, the U.K. system ranks pretty highly among developed countries.

If you’re thinking about how to grade a response to the pandemic, you could focus on treatment results. But a lot of single-payer advocates would probably say that regardless of what the outcome is, the fact that, according to one study, the average cost for COVID treatment for an insured person in the U.S. ranges from $9,000 to $20,000, is proof enough of the egregiousness of that system. Whereas in other countries, it’s free.

It’s free at the point of service, which is an important distinction. We all know that healthcare is not free in single-payer systems. The system, or access to care, is publicly funded. … We, in this country, ration care on the ability to pay. And with our employer-based system, it’s showing that it is probably the worst system in the world when it comes to assuring that people can get the care that they need when they need it. We have had more than 43 million people file for unemployment compensation and an untold number of those people lost their health insurance, not only for themselves, but for their families. When you’ve lost your job and your health insurance and you’re trying to figure out how you can continue to pay the mortgage and put food on the table, you’re gonna be very cautious about getting the healthcare you need, getting tested, for fear that you might incur bills you simply can’t afford. … We’re killing people unnecessarily in this country because of how we structure our healthcare system.

Congress passed a law that would ostensibly have made coronavirus tests free, but you’ve outlined how that hasn’t happened. The New York Times reported that two friends in Texas got tested at the same emergency room: One was billed $200, the other was billed $6,400. Explain to me how that federal law is failing and people are still getting bills like this.

Well, because it has no teeth. It disburses money, but there’s no mechanism to actually make sure that Congressional intent is carried out. There is no real oversight of private insurance companies at the federal level. Aetna, for example, was claiming that they’re waiving out-of-pocket costs for testing and treatment. But they then said that their self-insured members or customers can opt out. Well, what they didn’t tell you is that the vast majority of their customers are self-insured, which means it is the employers’ decision. It is just the luck of the draw as to whether or not you’re going to get your costs covered.

One might have expected that the pandemic would be a nightmare for the insurance industry because they’d have to cover so much care for people, and also, if people are losing their jobs, there would be fewer people paying premiums. But in another set of tweets, you noted, at least in the case of United Healthcare, the company earned $5 billion over the first three months of 2020, exceeding projections. You’ve said there’s reason to believe that will continue into the next quarter. How are insurers accomplishing this?

There are a number of factors, but one is that so many elective procedures, so many other things that ordinarily would have been done, are just not happening. The result is that people are still paying premiums, but claims are not nearly as high as they otherwise would be. Now, yes, obviously there are a lot of people who have been affected by COVID who have had to have treatment. But when you look at the landscape and look at demographics, you see that a high percentage of those people are 65 and older, so they’re on a government program. The government, Medicare for the most part, is picking up the tab for a lot of the testing and treatment of people who have been affected by this.

Could the pandemic prompt wholesale change in the U.S. healthcare system? Given everything you’ve just outlined about the system’s problems, you might think it could lead to some kind of galvanization of public opinion. On the other hand, neither presidential candidate right now supports a single-payer system, and insurance companies are making as much, if not more, money than previously.

I think the chances are pretty slim at this moment that Congress will pass — even if they control both houses of Congress next year and we have a Democrat in the White House — a single piece of legislation that will establish an improved Medicare program to cover everybody. I do think there will be enormous pressure on Congress, regardless of the outcome of the election, to move forward with meaningful reform that goes far beyond the Affordable Care Act. One area is high drug prices. Another is ever-increasing deductibles — how much people are having to pay out of their own pockets for care, even if they have insurance. I mean, people in this country have family plans with deductibles of over $16,000. It’s just absurd.

Has your advocacy work on social media gotten more traction in recent months? Are you detecting any sense of change of opinion on this topic simply based on what you’ve been putting out onto Twitter?

I do sense that, and not just through social media. That’s one way of detecting public opinion, but we also see it in the recent presidential primaries. Entrance and exit polling showed that a majority of people who voted in the Democratic primaries, in every state, including the southern states, supported moving toward Medicare for All, even after being told that this would largely replace private insurance companies. So there is a shift taking place, and I’m sure that my former colleagues in the insurance business are monitoring this very closely and are pretty alarmed at it. You can expect that they will spend enormous amounts of money to try to stop that in its tracks and to shift public opinion to scare people, as I used to do in my old job. But I am seeing a shift. I think some of what has been exposed in this pandemic is going to be lasting. The ability of the industry to block meaningful change is diminished. It’s not going away, but it’s going to be more and more difficult to hold back change that very possibly can reduce their profitability.