Meanwhile, Philly is scheduled to migrate to the Yellow Phase next Friday. The key word being "scheduled." 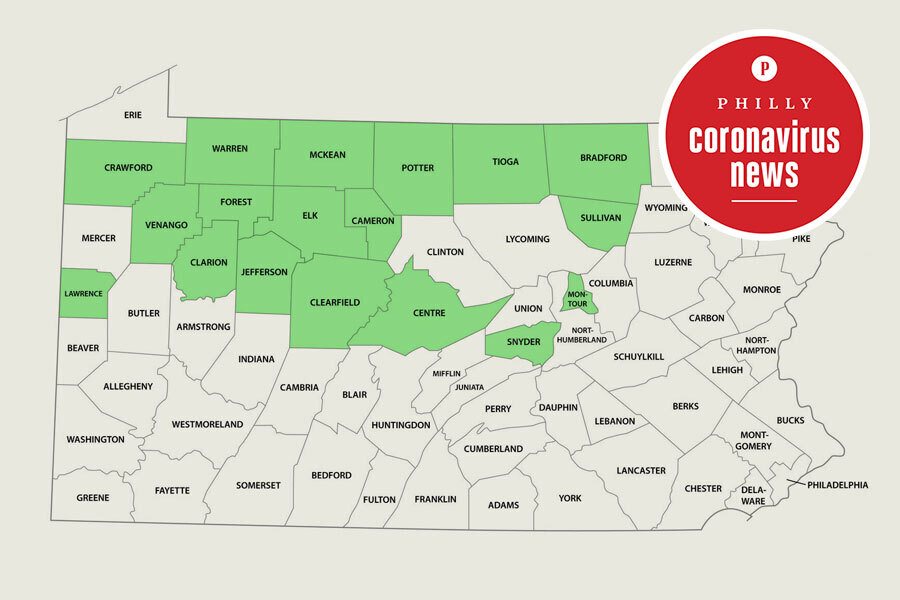 Pennsylvania Governor Tom Wolf just switched these 18 Pennsylvania counties into the Green Phase of the coronavirus shutdown. The Green Phase is the least restrictive phase, allowing bars and restaurants to serve customers inside. This map shows the 18 green counties in Pennsylvania. The other counties are either red or yellow.

If you really need to sit at a bar and have a beer this weekend, you can do it. But you have a long drive ahead of you.

As of 12:01 a.m. on Friday morning, 18 Pennsylvania counties have now moved to the least restrictive Green Phase. This means that bars, barber shops, gyms, restaurant dining rooms, and other types of businesses that weren’t allowed to operate before can now open. With some restrictions, of course.

If you’re one of those people who don’t even know where Bala Cynwyd is, then you probably have absolutely no clue where any of those counties are. That’s why we gave you a map.

As for some of those restrictions on green phase counties in Pennsylvania, bars are allowed to have customers inside, assuming social distancing of at least six feet is in place or there are physical barriers between customers.

Just think of how much fun you’ll have arguing about politics with the person on the bar stool next to you now that they’re on the other side of a plexiglas barrier. Oh, and speaking of bar stools — there’s no standing allowed in bars. If you’re in there to drink, you need to be in a seat. Or leave.

But can you go out to dinner with your mate and eat inside a restaurant like in the olden days? In Pennsylvania’s green counties, restaurants can now allow customers to eat inside but there are some rules. You can read Wolf’s full order here and his office released an FAQ as well.

So What About Philly?

Governor Wolf intends to shift the red counties (which include Philadelphia, Delco, and the other surrounding counties) to the Yellow Phase next Friday. Because you’re a regular Sherlock Holmes, you’ve probably deduced that the Yellow Phase is somewhere between the very restrictive Red Phase and the pretty lax Green Phase.

But at a Thursday press conference, both Philadelphia Mayor Jim Kenney and health commissioner Tom Farley made it abundantly clear that this doesn’t mean Philadelphia will, in fact, become less restrictive next Friday. Kenney said he was hopeful, but he and Farley emphasized that if the COVID-19 numbers don’t support a lessening on restrictions, city officials will keep us in the red.

I’m sure that it will all be fine. But if Governor Wolf tells Philly to go yellow and if the surrounding counties go yellow but Philly leaders say, Nah, thanks, we’re cool in the red, well, you can expect a lot of people to go apeshit.

On Wednesday, I received a bunch of emails, calls, texts, DMs and such from people telling me that the city shut down Joe and Angela Cicala’s wildly popular backyard pizza “pop-up” because of a “snitch.” Somebody had “ratted them out,” as one tipster put it.

Of course, sometimes “pop-up” is just code for an illegal, unlicensed restaurant, and that’s exactly what this pop-up was. Plus, the Cicalas did a bunch of press about their pop-up. They even went on TV.

So did somebody complain? Probably. Almost definitely. But the Cicalas themselves didn’t exactly make it an easy complaint to ignore. (And, yes, I do know the alleged identity of the supposed complainant, and she didn’t return my phone call. Big surprise.)

Anyway, my learned colleague Alex Tewfik has all the details about the shutdown and what happens next right here.