And you thought your rent was high. 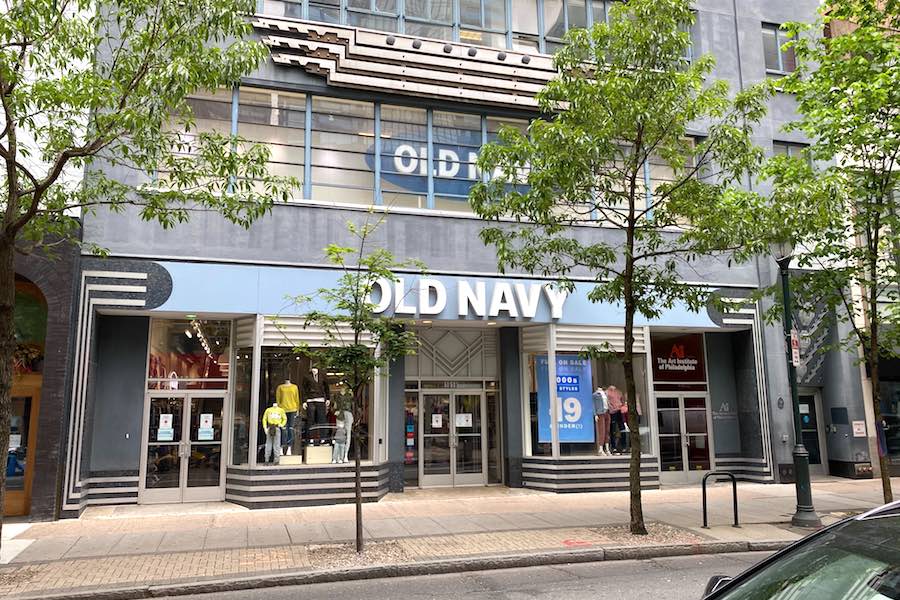 The Old Navy on Chestnut Street in Philadelphia on May 27, 2020. The store is being sued by its landlord for unpaid rent during the coronavirus pandemic. (Photo by Diane Schwartz).

All of the Old Navy stores in Philadelphia are closed. They have been since March, because stores that sell nothing but clothes that get all stretched out after two trips through the washing machine aren’t exactly on the essential businesses list. But you know who is still very much in business? Old Navy’s landlord.

According to a federal breach of contract lawsuit that Gazit just filed against Old Navy, Gazit bought the building in September 2019, inheriting along with it Old Navy, which signed a 10-year lease on the 23,464-square foot spot back in 2015.

But Gazit says that Old Navy hasn’t paid its rent for April or May. The Chestnut Street Old Navy isn’t the only Old Navy in the country to stop paying its rent. Far from it. Gap Inc., which operates Gap, Old Navy, Banana Republic, and Athleta stores, announced in April that the company stopped paying rent on all of its properties due to serious financial problems brought about by the coronavirus pandemic.

And in case you’re wondering if Old Navy can use a force majeure defense to avoid paying its rent — force majeure being the legal concept that can allow a party to get out of a contract due to unforeseeable or extraordinary circumstances — Gazit says no.

According to Gazit, Old Navy signed away that possibility when the company signed its lease in 2015, since the lease specifically reads “force majeure shall not excuse prompt and timely payments when due.”

An Old Navy representative did not immediately return a call seeking comment.

Though Gazit has other retail tenants around the United States, including in Boston, New York and Miami, this is the first such lawsuit that the company has filed during the pandemic.