The Delaware County District Attorney's Office reviewed the footage and determined that Haverford Township police did not use excessive force. 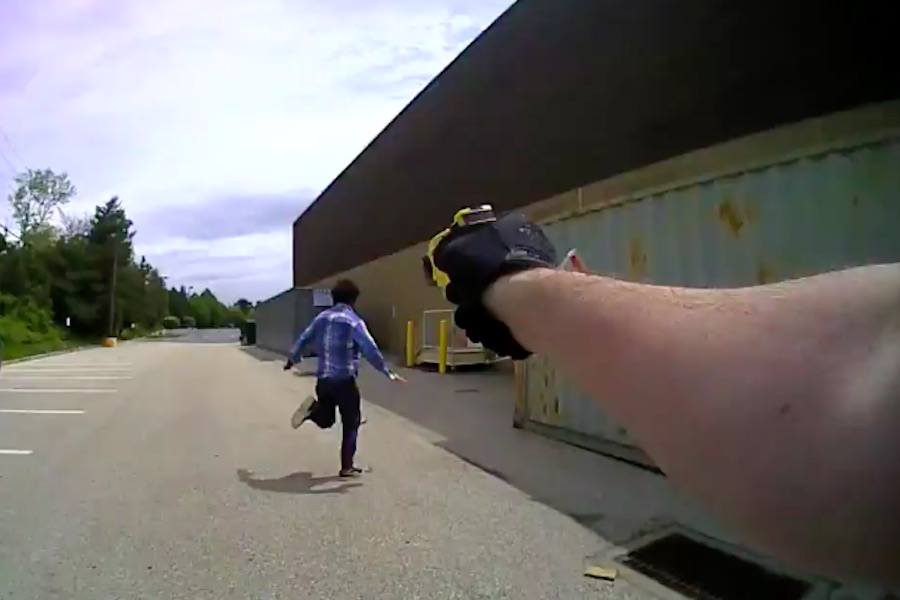 A screenshot from police bodycam video taken during the incident at the Kohl’s parking lot in Havertown on Sunday, May 3rd. (Video obtained through an open records request with the Haverford Township Police Department.)

On May 8th, we showed you a bystander video from a police incident inside the parking lot of the Kohl’s in Havertown. That video showed one Haverford Township police officer repeatedly kicking and striking a man who was on the ground.

Haverford Township police chief John Viola insisted that the bystander video didn’t tell the whole story. And the Delaware County District Attorney’s Office has now ruled that no excessive force was used, a conclusion based in part on police bodycam video, some of which is seen below.

“After the review, the Office of the District Attorney has determined that there was no criminal conduct on the part of members of the Haverford Township Police Department,” wrote Delaware County assistant district attorney Douglas Rhoads in a letter to Viola. “The use of force in this interaction does not exceed the authority of police officers….”

Philly Mag obtained a copy of bodycam footage from the Haverford Township Police Department using an open records request. Below is a portion of the video that begins when police attempt to handcuff 30-year-old Christopher Ricciuti and ends when Ricciuti is finally placed into a police vehicle — nearly seven minutes later.

The Haverford Township Police Department has issued a statement, pointing out that while the bystander video was less than 90 seconds long, the entire incident played out in the Kohl’s parking lot for more than 27 minutes.

Police go on to describe what they say happened that day, after the cops attempted to arrest Ricciuti for public drunkenness:

The officers attempted to handcuff Ricciuti and were only able to get one cuff on. Ricciuti began to physically resist the officer attempts to restrain him. While struggling with the officers Ricciuti kept asking repeatedly “Are you cops?”

During the struggle, the officers continually told him to stop resisting and at one point went to the ground with him. While they were on the ground Ricciuti was able to get up and began to run away with the handcuffs still attached to one of his wrists. The officers gave chase on foot, giving commands for Ricciuti to stop. The officers attempted to deploy their Tasers with negative results.

The officers then attempted to deploy the Taser for a third time and Ricciuti grabbed the Taser attempting to take it away from the officer. The officers again attempted to place him in handcuffs but he continued to struggle with the officers and did deploy their ASP Batons. Ricciuti grabbed the end of one of the officers the batons, which he and the officer struggled for control of. As they were struggling, the other officer gave several lower body blows with his hand, feet and then with his ASP Baton while the other officer continued to struggle with Ricciuti over the ASP.

When the third officer arrived he exited his patrol vehicle, displayed his Taser and he gave verbal commands to Ricciuti, ordering him to let go of the baton. The suspect did let go, finally obeying commands to roll over, and he was taken into custody without further incident.

Ricciuti, who could not be reached for comment, stands charged with disarming a law enforcement officer, resisting arrest, disorderly conduct and public drunkenness. He is out on bail awaiting a preliminary hearing.