Mail Delivery Is Seriously Screwed Up During the Coronavirus Crisis

Naturally, the water bill showed up right on time. But where's all my other stuff?! 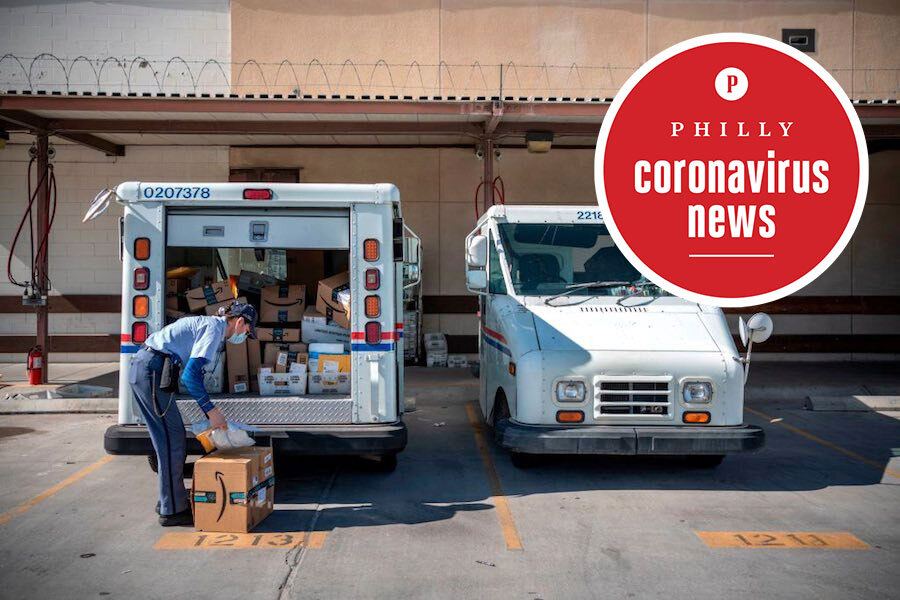 A mail delivery worker during the coronavirus crisis. (Getty Images)

Mail Delivery Is Seriously Screwed Up During the Coronavirus Crisis

Every few days, I get a call from my mom who is “snowbirding” in Florida, as people who snowbird in Florida call it. And every time she calls me, she wants to know the same thing: Did you get any mail from me?

During the second week in April, my mom sent my daughter a note via U.S. Mail. And then she sent me a birthday card. It’s been weeks. No note. No card. Nothing. My South Jersey-based sister, whose birthday is two days before mine, got her birthday card just fine.

Plus, I’ve realized that other things that I was looking for in my mail slot haven’t shown up either. Oh, some items have arrived. The gas bill from the city? Like clockwork. That Entertainment Weekly that I never wanted? Oh, I just can’t wait to read the big cover feature on some show called “Supernatural” that is apparently ending.

And it’s not just me. I’ve asked around.

Mail delivery is clearly screwed up. Some area residents say they’re only getting mail once or twice a week. Others say they, like me, have been waiting weeks for mail that was sent. One resident says she just received something that had been postmarked on April 3rd. A Center City business owner says he just received the last seven weeks of mail at the business all in one drop. But his home mail delivery? Unaffected.

I reached out to the post office for some answers but got no reply. Hopefully they are too busy trying to get my mail to me.

Eagles Fans Should Get Season Details on Thursday Night

Though Penn expert Zeke Emanuel told us that any kind of football season would be a very, very bad idea thanks to the coronavirus, it looks like there will be some sort of an Eagles season this year.

The NFL is expected to release team schedules beginning on Thursday night.

“In preparing for all elements of the 2020 season, including the schedule release, we have considered the unique circumstances facing us this year, and have been clear that all of our decisions will be guided by medical and public health advice and will comply with government regulations,” wrote NFL commissioner Roger Goodell in a memo to NFL teams, according to an Associated Press report. “We will be prepared to make necessary adjustments just as we have in other contexts, such as the offseason program and the draft.”

According to that AP report, the NFL is putting a ticket refund policy in place in case games are canceled or forced to go on but without spectators.

“All clubs will have in place a policy under which, if a game is cancelled, or is played under conditions that prohibit fans from attending, anyone purchasing a ticket directly from the club (i.e., season tickets, group sales and/or partial season plans) will have the option of either receiving a full refund or applying the amount paid toward a future ticket purchase directly from the club,” Goodell said in the memo obtained by the AP.

So might you be freezing your ass off screaming “Dallas sucks!” at the Linc later this year? Maybe.

And Now Wildwood Beaches Are Opening Up, Too!

On Tuesday, we told you that Stone Harbor, Avalon and Ventnor all plan to open their beaches this week for walking, running, and other forms of exercise. (It turns out that Ocean City has similar plans.) And now we’ve learned that the beaches in Wildwood are opening this week as well.

In a statement, North Wildwood Mayor Patrick Rosenello seemed to leave open the possibility that, unlike in those other beach towns, people might actually be able to sunbathe on his beaches. So we reached out to him for clarification.

“Any orders from the Governor’s Office take precedence over our reopening plan,” Mayor Rosenello wrote to us in an email on Wednesday morning. “It appears that sitting or gathering in any public place is prohibited under the Governor’s orders. It is a little unclear if there is an exception for family members but we need that clarification from the Governor’s Office. We understand he is going to put out beach-specific rules in the near future and we will follow them.”

Of course, it’s going to be quite windy and in the 50s most of the weekend in Wildwood, so either way, it doesn’t look like you’ll be getting a tan anytime soon.