“I know there’s no relief for Norma. I just pray that she dies a happy death.” 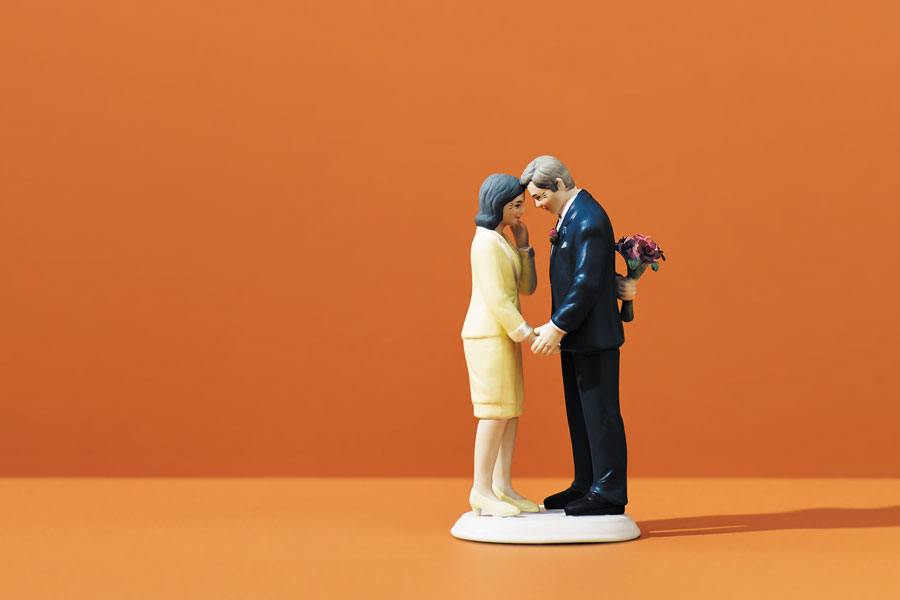 This is what it’s like to watch your partner die from Alzheimer’s. Photograph by Andre Rucker

This story is one piece of our Marriage Stories feature, a look inside real-life Philadelphia marriages. Here, Bernard and Norma Rice, married almost 72 years, share their story. [Note: After readers reached out to check on how Bernard and Norma are doing during the coronavirus outbreak, we contacted the couple for an update. Read more here.]

I am 95, Norma is 94, and we’ll be married 72 years on June 12th. We grew up about three city blocks apart. I started dating her in junior high school. Both of us graduated in 1943, and I went into the Navy about two weeks later. When I came back, I went to college, and after my second year, we decided to get married.

We had four children. We had turbulent times, when everything was happening at once, but we had good times, really. I always felt that the way to keep the family happy was to keep my wife happy. I always kept Norma on a pedestal. I still do. After the kids grew up, we spent 30 years in Florida. Norma had developed Alzheimer’s, probably starting around 2011, and I was not aware of it. I didn’t know about Alzheimer’s then; it just didn’t strike a bell. She started having delusions; she accused me of having girlfriends. It got a little tiring, because I’m not the run-around type.

It just kept getting worse, and we moved up here where we have family — Susie, my daughter — in 2015. We eventually found a two-bedroom at an assisted-living community. We lived there for three years, until it got really bad. She started having trouble with incontinence, and it got too much for me, and we finally had to move her over to the memory-care part of the facility, which is just the next building over from where I am.

We slept together for 71 and a half years, and every once in a while now, I’ll reach over to touch her and she’s not there, and I lie awake for a half hour, can’t get to sleep because of it.

It’s very nerve-racking, because I know she doesn’t like being alone. So I spend the whole day with her, every single day. I get over there at 9:15, 9:30 in the morning, and I don’t get back here until quarter of five at night. She’s been sleeping every afternoon, and now she’s starting to fall asleep in the morning, sitting in the living room area. I had to wake her up today for lunch. And after that, I take her to the room, take her shoes off, get her in bed, cover her up, and she’s gone for three hours. I stay with her. Sometimes I just hold her hand and sit there and feel sorry for myself because of the condition she’s in.

It’s very tiring. I have to come home and pay bills and so forth here, take care of the house, and it’s pressing, and lonely. We slept together for 71 and a half years, and every once in a while now, I’ll reach over to touch her and she’s not there, and I lie awake for a half hour, can’t get to sleep because of it. And I dream about her all the time. Dream about all the things that we did. It’s a very lonely life, being by yourself after you’ve been with somebody you love so much, you know? I miss her. But I know it’s a one-way street.

Right now, when I pray, I know there’s no relief for Norma. I just pray that she dies a happy death. That gives me some consolation, thinking that, and I just say a lot of prayers for her. Every once in a while, like one day this past week, the weather was fairly decent, and I said, “Wanna take a little ride?” So I bundled her up, put on her lipstick, and we went out. I used to take her to church on Sundays, but that got to be a little bit of a hassle because she can’t walk. I’ve got to pick her up out of a wheelchair, and that’s getting harder for me to do. But I’m very religious, and I know it’s God’s way, and you don’t argue with the Man Upstairs. And I’m just waiting for the final day when I have to give her up completely. I miss her, I tell you.