“I think the most surprising thing for me is that I like sex. I never knew I liked it.” 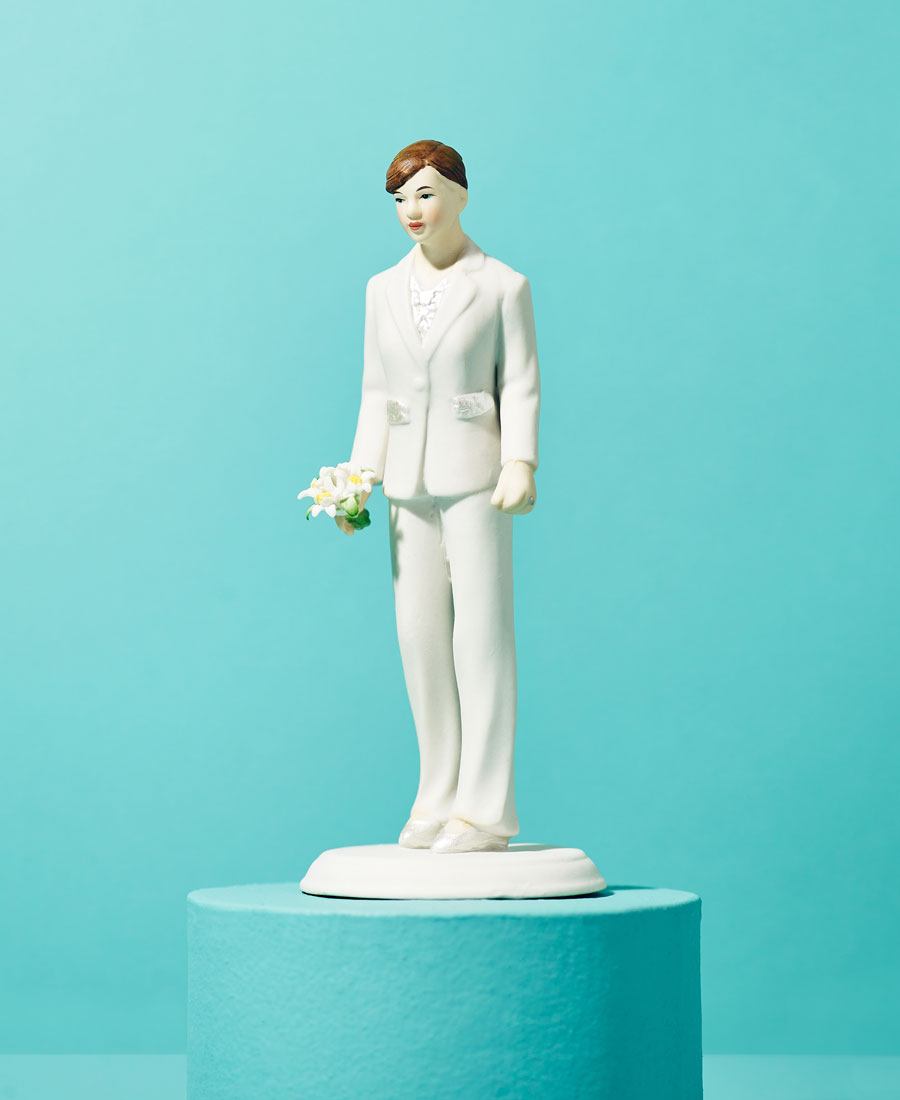 This story is one piece of our Marriage Stories feature, a look inside real-life Philadelphia marriages. Here, Tink Fisher and Rachel Rubin, married seven months, share their story.

I struggled my entire life with my sexuality but didn’t realize it was a struggle until I became an adult. I was raised very Catholic, and being with a woman was never really a thought I allowed in my mind. I got married at 27 to a guy named Joe. Three days after we got engaged, we learned he had lung cancer, and he passed just three weeks after we got married. At that point, I already had a child that was not from that marriage — I had my son, who’s now 17, when I was in college — and I thought there was no hope for me. Then I met a wonderful man, and he fit all the pieces: Catholic, Republican, and my family adored him. Shortly into the marriage, I was feeling a void that I couldn’t figure out. We had a baby, and our daughter was about one when I came to him and said, Something still doesn’t feel right, and I don’t know what it is, and I know it’s not you, it’s me. The “It’s not you, it’s me” talk. Nothing was bad, but I knew in my heart, in my soul, in my gut, that something wasn’t right.

I started doing a class called Kettlebell Kundalini, and I was addicted to it. I started hanging out with the instructor and creator, Rachel, just as friends. I went over to her house one night, and when I arrived there, I realized, oh, my body’s reacting in a really strange way. Rachel had recently gone through a divorce; she’d been married to a man as well. A few glasses of wine later, we kissed, and it was the most euphoric feeling I had ever felt. I told my husband within a week that I had kissed Rachel and that I thought I was a lesbian. We went to marriage counseling. I really wanted to give him an opportunity to make it work, but in my gut, I knew it wouldn’t.

I left my husband in November of 2016, and Rachel and I got engaged in March of 2019. We had a backyard wedding last September. We have three kids between us; she has a daughter who’s seven. Being married to a woman and being with Rachel is the easiest thing I’ve ever done. Trying to blend a family is by far the hardest. And so is sharing custody of our children. For mothers, there is an invisible umbilical cord that never fully disappears. When my daughter waves goodbye to visit her father for the weekend, it’s almost inevitable for me to tear up.  My wife does all she can to help mend my heart while she’s gone. Her intentions are in the best place, but being with her and her daughter is just a brutal reminder that I am not with mine.

I think the most surprising thing for me is that I like sex. I never knew I liked it. I remember crying through it and telling myself, “It will only take five minutes.” Now, I can’t get enough of it. I also wasn’t really aware of how much talking we were going to do. I remember thinking in my marriage with my second husband, I want to be able to talk about things. But men don’t have the same desire to have hour-long conversations about their emotions, and when two women are together — I mean, we can talk for hours and days about how we’re feeling and how it makes everyone else feel, and there’s just so many emotions.

I think men and woman both have masculine and feminine traits, and whether you foster them or not is your choice. You are ever-evolving, and you can support your partner in growing into who they’re supposed to be, or you can expect them to be the same person they were when you married them. But then you’re setting yourself up for heartbreak, because everyone changes. It’s just being aware that there will be change, and you’ll have to work through it and support each other’s growth, even when it’s difficult.