The Working Families party member and self-described socialist weighs in on who she’d like to see run for president next. 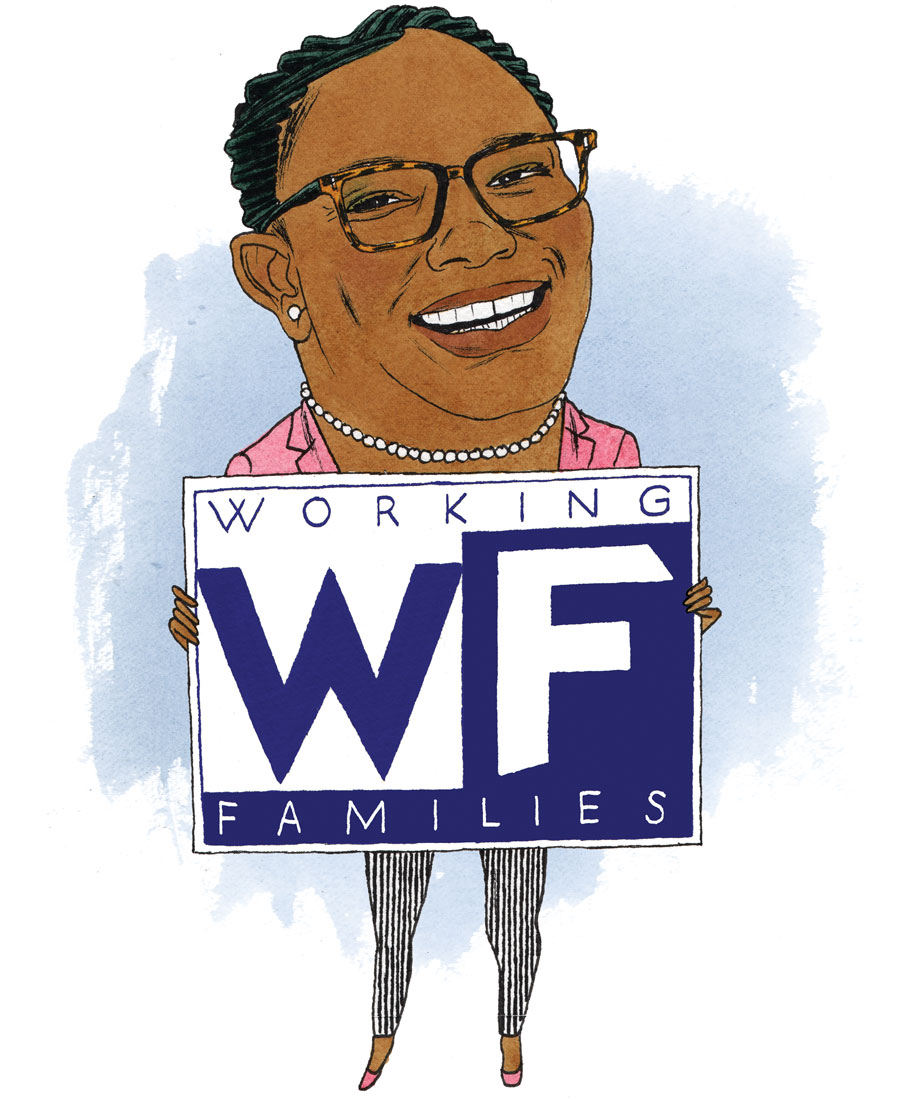 My full name is … Kendra Nicole Brooks. I was named after Angela Davis’s friend Kendra, who was mentioned in the New York Times in June 1972 when my mom was in the hospital having me. Kendra was a socialist, as I am.

I was born in … the Bronx. I came to Philly when I was eight to live with my grandmother and go to a Christian school here. And then I went to Martin Luther King High School.

These days, I live in … Nicetown, one door from where I grew up with my grandmother. ­

Having children has taught me … to never give up. I have five, ranging in age from 11 to 28. And three granddaughters.

My hero is … Ella Baker, an activist in the civil rights movement, but you don’t hear about her so much because she was black and a woman. A lot of time, black women are doing the work, but we are less likely to get the credit.

To people who think socialism is a scary word … I say there’s nothing wrong with caring for the needs of the whole.

One book every Philadelphian should read is … The Half Has Never Been Told: Slavery and the Making of American Capitalism. It talks about the systematic oppression that has happened in this country over a long period of time and how capitalism is the result of that.

My personal theme song is … “Girl on Fire” by Alicia Keys. Throughout my life, I’ve had a resilience that this song reflects. When I put my mind to something, I see it through, and regardless of the outcome, I always see myself as winning.

After high school … I had my first child. I was 18. Then I went to Community College of Philadelphia while working as a certified nursing assistant. Then I got my degree in therapeutic rehabilitation from Temple and, later, my MBA from Eastern.

The last time I was a Democrat was … March of 2018. I had to switch my party in order to run as a Working Families Party candidate.

When Elizabeth Warren endorsed me … I was just amazed she would even be paying attention to a local election.

One person I’d love to see run for president is … AOC. In a few years. I appreciate smart, passionate and charismatic women who use their voice to bring change.

If I could change just one thing during my time in City Hall, it would be … educational funding. We spend more than $40,000 a year to incarcerate someone and less than $10,000 to educate a child.

My relationship status is … ­single, but maybe too busy to mingle.

When I found out I won … I just started screaming.

My salary on City Council is … $130,000, I think. I googled it. This is life-changing for me. I’ve done a lot of independent contract work, which is unstable. I lost my house — I’m actually paying rent right now on the house I purchased early in life, which I lost — and I would like to use some of that money to repurchase this house.

I am deathly afraid of … failure.

Published as “One of Us: Kendra Brooks” in the February 2020 issue of Philadelphia magazine.