Black People Have Spent Centuries in “Service.” They Should Take Off on MLK Day.

The only federal holiday that even obliquely recognizes what this country has done and continues to do to its Black citizens should be a time for us to observe, reflect, and celebrate — not to perform more free labor. 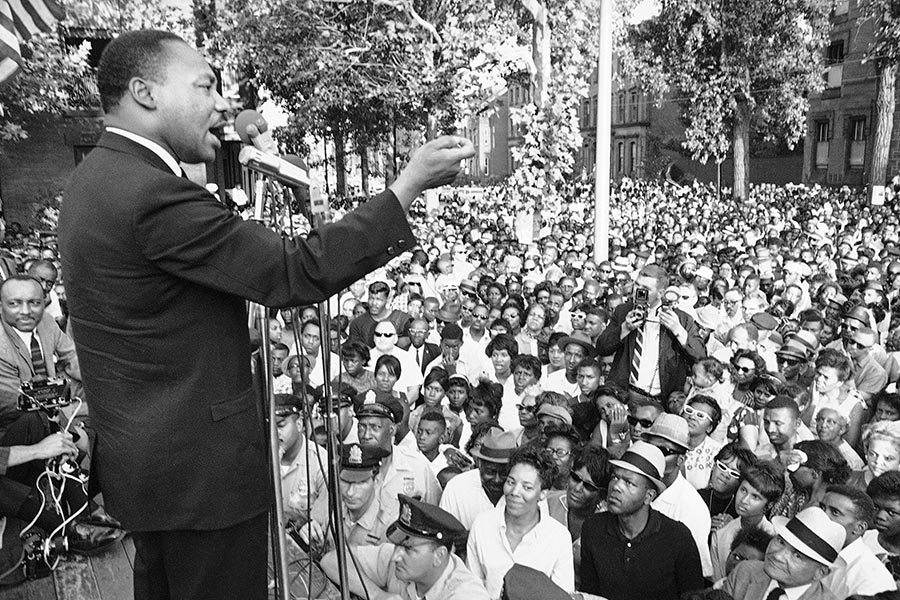 Next Monday will mark the 25th anniversary of the hijacking of the hard-won federal holiday commemorating the birth of civil rights leader Martin Luther King Jr. for the “MLK Day of Service,” a congressionally endorsed volunteering guilt trip.

Corporations and nonprofits across the country make a huge fuss over MLK Day, turning it into photo ops in which they host huge events, feed the homeless, and act like they have a deep connection with underserved communities. Many employers, in fact, give their staffers the day off only if they take part in community service activities.

In honor of this year’s quarter-century celebration, the Corporation for National and Community Service is running an MLK Day campaign with the slogan “Make It a Day On, Not a Day Off” — hammering home to Americans that this isn’t a time of rest, but of work.

But as a Black person, as I’ve done every MLK Day since I can remember, I’m staying home — just like everyone else does on President’s Day, Memorial Day, and July 4th. The only federal holiday that even obliquely recognizes what this country has done and continues to do to its Black citizens should be a time for us to observe, reflect, and celebrate — not to perform more free labor.

“Negroes are almost entirely a working people,” Dr. King said at an AFL-CIO convention in 1961. “Our needs are identical with labor’s needs — decent wages, fair working conditions, livable housing, old age security, health and welfare measures, conditions in which families can grow, have education for their children and respect in the community.”

In other words, the fight for economic equality and the fight for racial equality are the same struggle. However noble the cause, expecting Black people to work at all on MLK Day is an ahistorical understanding of Dr. King’s legacy and tone deaf to the nuances of the intersection of race and labor. While misinterpreting Dr. King’s impact isn’t anything new, redefining MLK Day as one of service for all whitewashes and minimizes the distinct focus that the civil rights icon had on racial disparity.

To suggest that everyone commit to community service during their time off regardless of race is to imply that we have reached a level of equality and equity in society that doesn’t exist. We live in a country where Black people make significantly less than white counterparts doing similar work, while also getting less time off and fewer benefits. If anything, real social justice would look like Black people getting a paid day off to honor a hero who advocated for them to have better labor conditions.

By all means, I encourage white people to use this holiday to serve communities you don’t usually engage with. The benefits of being exposed to diversity you don’t see in your workplaces, schools, and neighborhoods may inspire you to enact change in your personal life.

But if you’re Black and have signed up for community service on January 20th, I ask you instead to consider joining me in spending your time reflecting and recovering from the experiences we face every day — a reality that one day of community service won’t fix. The deepest injustice our ancestors endured and the labor and social exploitation we continue to suffer from mean we have already done our service to this society — countless times over.