As the national Women’s March faces claims of irrelevance, the organizers of Philly’s unaffiliated march say it’s more important than ever for women to protest. 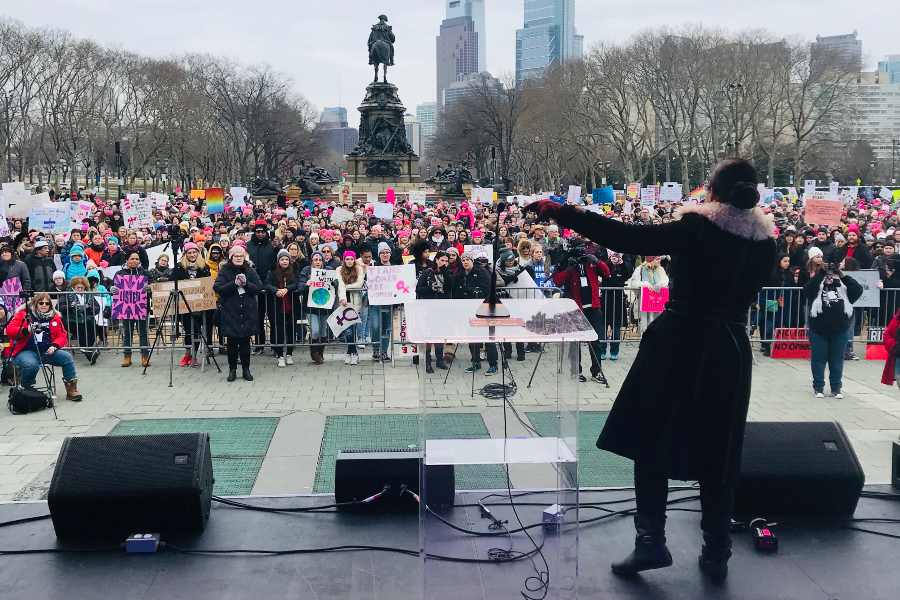 Photo courtesy of the Women’s March on Philadelphia

It’s been roughly three years since millions of women flooded streets across the nation to denounce the inauguration of Donald Trump, creating the largest single-day protest in U.S. history and the first iteration of the Women’s March, which has since become an annual event.

On Saturday, women will march in Philadelphia — and elsewhere — for the fourth time since Trump’s inauguration. This time, Philly’s protesters won’t use Jumbotrons to project their speaker series, and organizers aren’t likely to receive nearly as much in fundraising as they did in 2017. Still, they’ll march.

“As long as we continue to face challenges as women — to be heard, to get equal pay, to be recognized equally to men and to be represented equally in the boardroom and in government and in areas of our community and society — we’re going to continue this march to make sure we have an effect,” Serita Lewis, an anti-gun violence activist and one of several organizers behind the 2020 Women’s March on Philadelphia, said in a phone call on Monday.

The Women’s March on Philadelphia is unaffiliated with the group behind the national Women’s March, which is also holding its fourth annual demonstration on Saturday — but not in Philly. (More on that below.)

The local march will begin at 10 a.m. at Logan Circle and continue down the Benjamin Franklin Parkway to the Philadelphia Museum of Art, where a rally will include a “truncated program,” said Amy Martin, who’s in her fourth year of planning the Philly march.

“Women — and our allies around the country — marched in January 2017 to make clear that the divisive views and policies espoused by President Trump are not American views and values,” Scanlon said in a statement on Tuesday. “The march was just the kindling of a fire that is burning brightly with the resurgence of civic engagement and the transformational engagement of women at every level — organizing, voting, running for office — in this centennial year of the 19th Amendment. We continue to march in solidarity, for there is so much more we can accomplish, together.”

Brooks, who was elected this past fall, said she decided to run for City Council “because I knew that people like me had to be in office — women, Black people, working class people, single moms. The Women’s March to me represents women coming together to fight for equality and for a new kind of politics.”

Programming will be “a lot more concise” than previous years, Martin said, and focus on issues like women’s rights, gun violence, immigration, human trafficking, climate change, disability rights and voting rights. Speakers will also include activists like: Monique Howard of Women Organized Against Rape; Julie Schwietert Collazo of Immigrant Families Together; Sakinah Love of the anti-trafficking group Redemed for a Cause Outreach; Lorraine Ruppert, a Lower Merion student and creative director of the Pa. Climate Strike, India Fenner of Black Women’s March; and more.

As of Tuesday afternoon, organizers had raised $16,734 for the event, more than three quarters of their $20,000 goal. Funds, which are being collected via a donation page and PayPal site, will go toward event vendors, sound, tents, seating, portable restrooms and more, Martin said.

The Difference Between the National and Local Events

As Lewis and six other Philly-area women — all volunteers — gear up for Philly’s event, organizers of the national effort are finalizing their march amid claims that it has become “irrelevant.”

In a recent story in the Washington Post, researchers who study political movements argued that the national march’s declining year-after-year attendance (it’s worth noting that the 2019 event is still estimated to have brought in a whopping 665,000 to 736,000 people) can be attributed to the fact that organizers have achieved what they set out to do: encourage women to run for office and pursue leadership of nonprofits, businesses, and progressive organizations, where they can then champion a myriad of other civic causes. Others cite the organization’s controversies regarding leadership, anti-Semitism and finances. 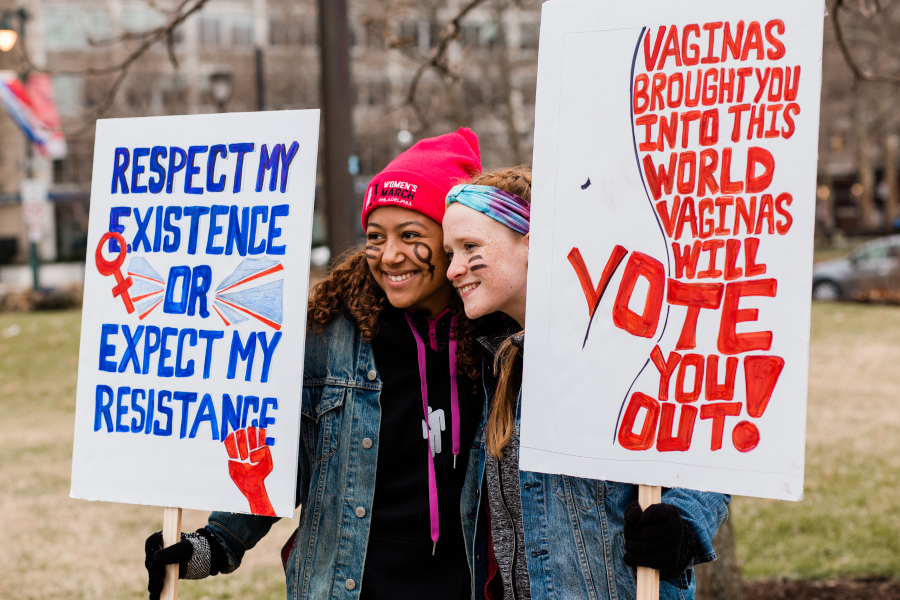 Photo courtesy of the Women’s March on Philadelphia

Either way, the group behind the national march should be regarded differently than the event itself, as well as its offshoots, one of those experts has since said. That national leadership has experienced contention in planning such an ambitious event doesn’t discount the validity of the hundreds of thousands of women who continue to show up or else draw inspiration from the marches — by organizing a march in their own cities, for example.

Last year, Philly hosted two Women’s March events: one affiliated with the national group and one hosted by the same organizers behind this year’s Women’s March on Philadelphia. The events led to “a little confusion” about which march was which, Lewis said, although she added that there were no major issues, and “the missions were really the same; I think the women who attended last year got what they needed from both opportunities.”

This year, the national Women’s March group won’t host its own event in Philly. Instead, organizers are pointing Philly demonstrators toward the local march, including via their website. Shawna Knipper, one of 16 recently appointed board members of the national group and an organizer of the affiliated Women’s March Pennsylvania, said its members sat down with leaders of the Philly march this past July and decided that “jockeying for a position is an ego-driven thing that neither of us are going to stand for anymore.”

“What we all believe is the most important thing is that we come together to uplift each other,” Knipper said. “We fully support the Women’s March on Philadelphia and hope it’s a great success.”

Martin said it “remains to be seen” whether she and other organizers will plan a Women’s March on Philadelphia in 2021 — when Trump is either reelected or the country inaugurates a new president.

“We kind of take it one year at a time,” Martin said.

For Lewis, though, what’s important is marching right now.

“I cannot say that our circumstances have changed dramatically for the better [since 2017],” Lewis said. “I want for my daughters and my niece to feel like they have agency in the things that they want to do in their lives. I don’t want to keep telling them, ‘Oh, well you have to do this in a certain way or they’re not going to hear you.’ I want people to recognize them immediately.

“So we march because we must, and hopefully one day we will not have to.”