South Philly Rowhouse Fire: What We Know About the Deadly Incident
Subscribe
Follow
I'm a scraper
This search result is here to prevent scraping

The Latest on the Deadly South Philly Rowhouse Fire

“One of the reasons this is going to be slow is because there are still a lot of hazards at the scene,” fire commissioner Adam Thiel said on Friday. “We are going to have to move slow and steady so we can keep everyone safe.” 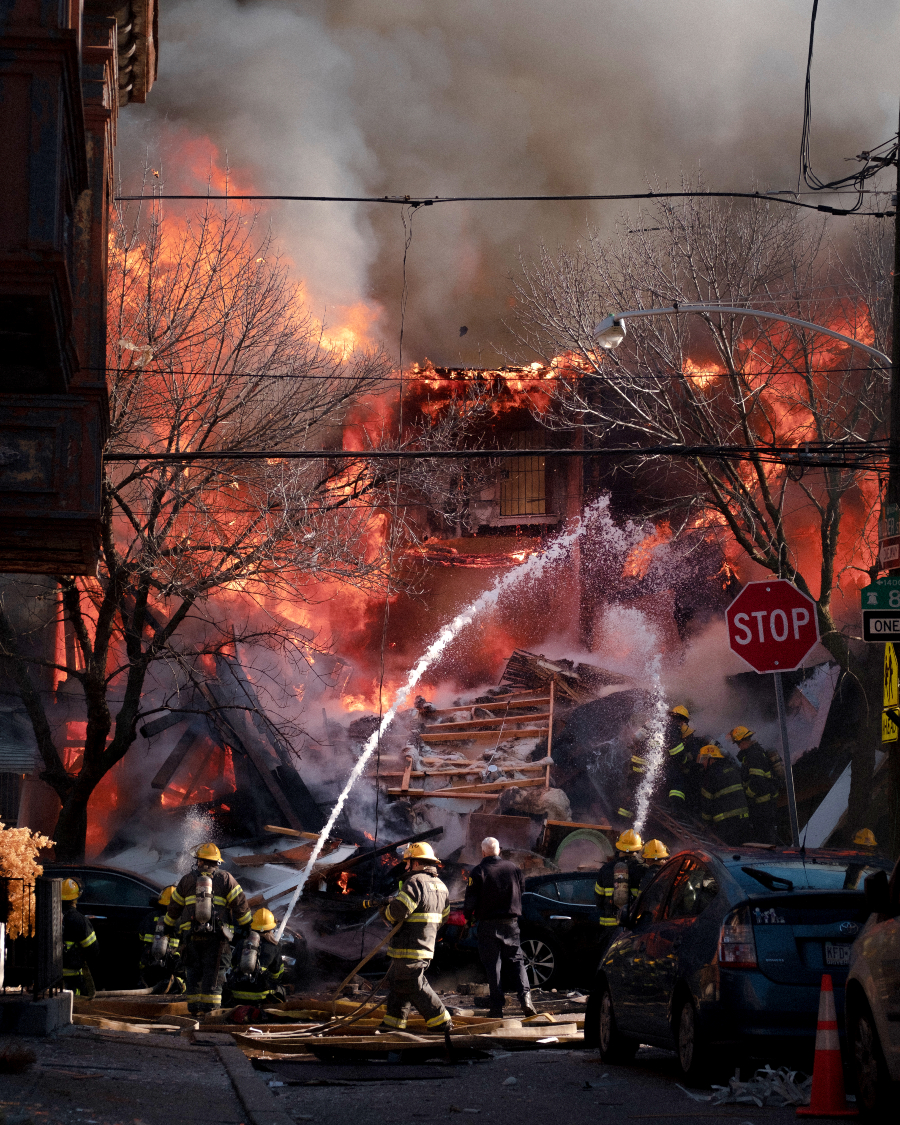 Two missing people are presumed dead after a massive rowhouse explosion and three-alarm fire on Thursday morning in South Philadelphia, while about 60 others remain evacuated from their homes on Friday afternoon.

Firefighters fought to control flames for about three hours after the fire broke out around 11 a.m. on Thursday at 8th and Reed streets, several blocks from Pat’s and Geno’s and the Termini Bros. bakery.

Here’s the latest on the incident.

The cause of the blast has yet to be determined.

In an update on Friday morning, fire commissioner and emergency management director Adam Thiel said the beginning of an investigation into the incident is moving slowly because the area where the explosion and fire occurred remains structurally unsafe. As a result, the cause of the South Philly rowhouse fire is not yet known.

“One of the reasons this is going to be slow is because there are still a lot of hazards at the scene,” Thiel said. “We are going to have to move slow and steady so we can keep everyone safe. … This is an active and ongoing incident. So despite the fact that we’ve placed the fire under control … we haven’t gotten our investigators into the buildings yet.”

Residents on the block said they smelled gas at the time of the incident. The Philadelphia Gas Works has yet to confirm or deny whether an incident related to gas was the cause of the explosion. It’s also not clear whether PGW workers were in the vicinity of the block ahead of the explosion.

Thiel said the fire itself was “gas-fed,” though crews worked quickly to shut off gas lines in the area on Thursday.

Of the scene on Friday, Thiel said “There are buildings that could … collapse at any second,” so investigators have not been able to enter the explosion site. 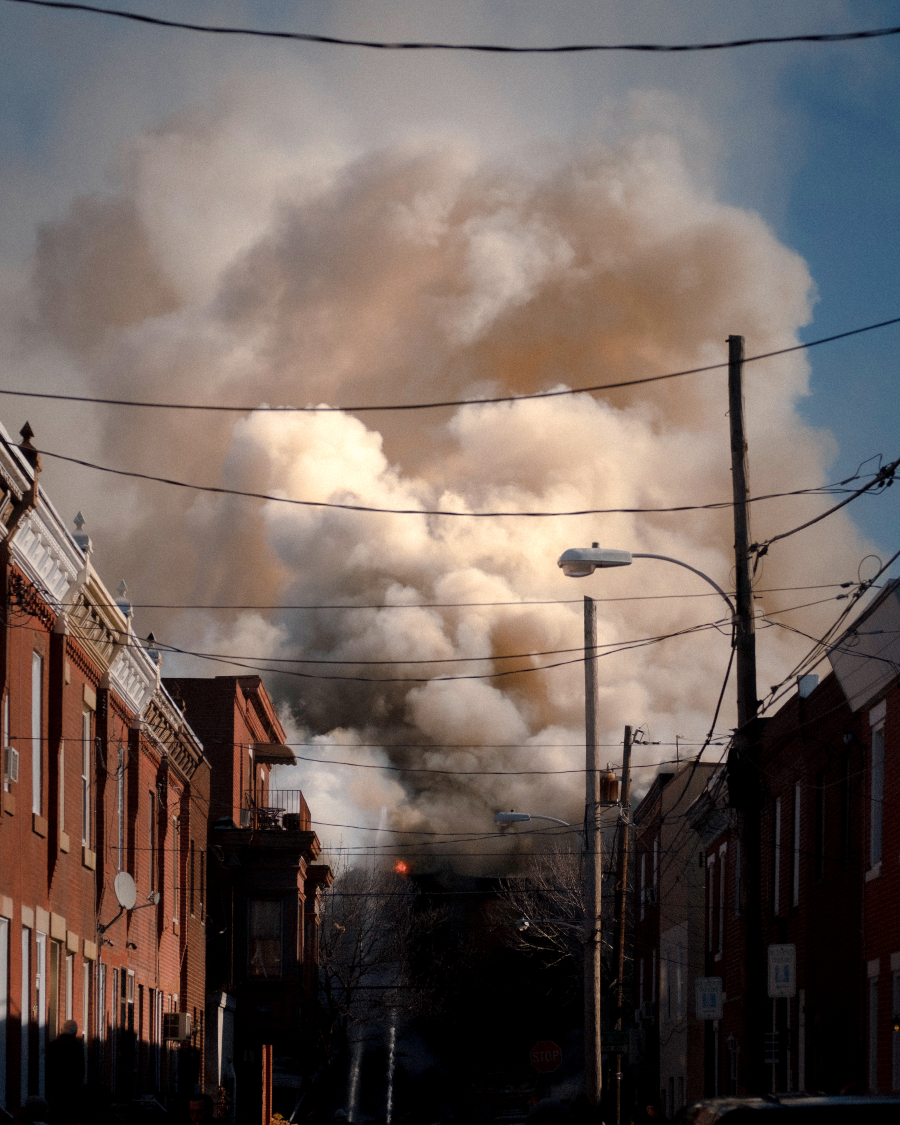 At least two people are still missing, and the recovery effort remained ongoing as of Friday afternoon.

Crews continued to search the area on Friday morning for two people who are presumed to be dead.

On Thursday, a rescue team entered a collapsed home in attempt to locate a woman inside. They were unable to rescue her, Thiel said. The crew saw the woman trapped under debris, but “when the fire expanded and the building further threatened to collapse, that secondary collapse pushed that person away” from the rescue team, Thiel said.

The Fire Department also believes a person from an adjacent rowhome remains missing on Friday.

Three rowhouses collapsed as a result of the fire.

Thiel said officials are concerned about another potential building collapse on Friday. The road underneath the rowhouses, 8th Street, was also believed to be undermined on Friday, likely because of the amount of water firefighters used to fight the flames, Thiel said.

The search for missing people could take several more hours. The Police Department and Fire Department have gone door-to-door in South Philadelphia to attempt to determine who was home and potentially in danger at the time of the incident.

“It’s going to be some time,” Thiel said. “The real question is whether or not somebody was walking in front of those buildings. There’s no way we can know that. But we don’t have any reports of anybody else missing besides those two related to this incident.”

Families along the block remain evacuated on Friday.

SEPTA sent several buses to the area on Thursday to keep evacuated residents warm. Those families remain out of their homes on Friday. It’s not clear when they’ll be able to enter their properties again.

Gas and electricity services in the area will be turned off and on throughout the course of the day on Friday, Thiel said, as crews continue heavy excavation work.

Meanwhile, neighbors have reportedly brought firefighters donuts, coffee and other items as they continue their efforts at the site of the South Philly rowhouse fire.

It could take weeks or months before officials have clear idea of what occurred on the block, Thiel said.

“Our overriding goal right now is to locate any known or potential casualties from this incident,” he said. “That is going to continue to be our priority to the exclusion of all others.”