Have an Idea to Spruce Up Philly’s “I Voted” Sticker? Now’s Your Chance.

Your design could be the highlight of innumerable selfies come Election Day. Submissions are open through January 31st. 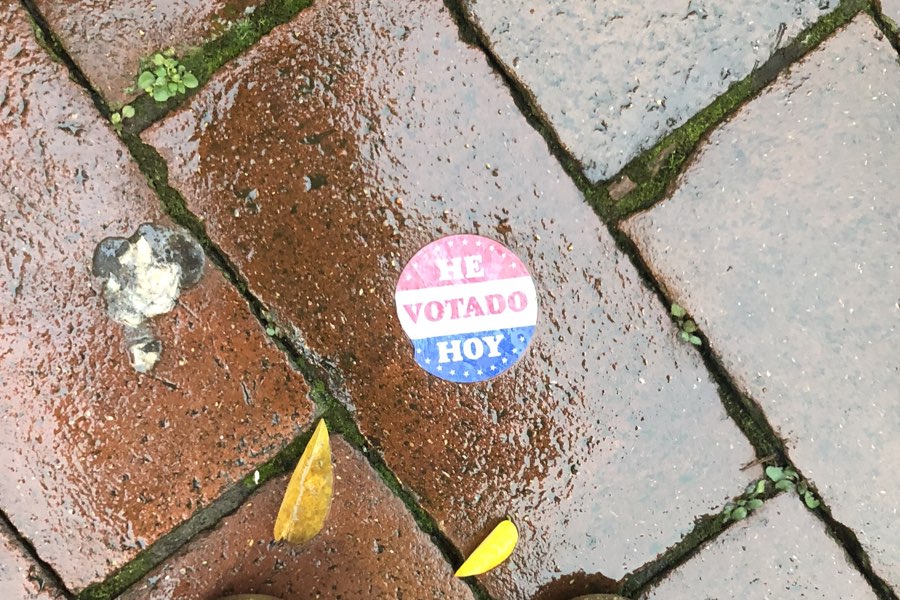 A forlorn, forgotten “I voted” sticker. Photo by Caroline Cunningham.

Look, we get it. Voting in American can be a chore. It happens on a work day. Your polling place might have a line longer than Jim’s at 2 a.m. on a Saturday night. Your voting machine might be broken. The democracy in which you’re participating might also be broken. And then to top it off, when you finally cast the ballot, the one immediate reward you get, apart from the giddy feeling of satisfied civic duty, is this: 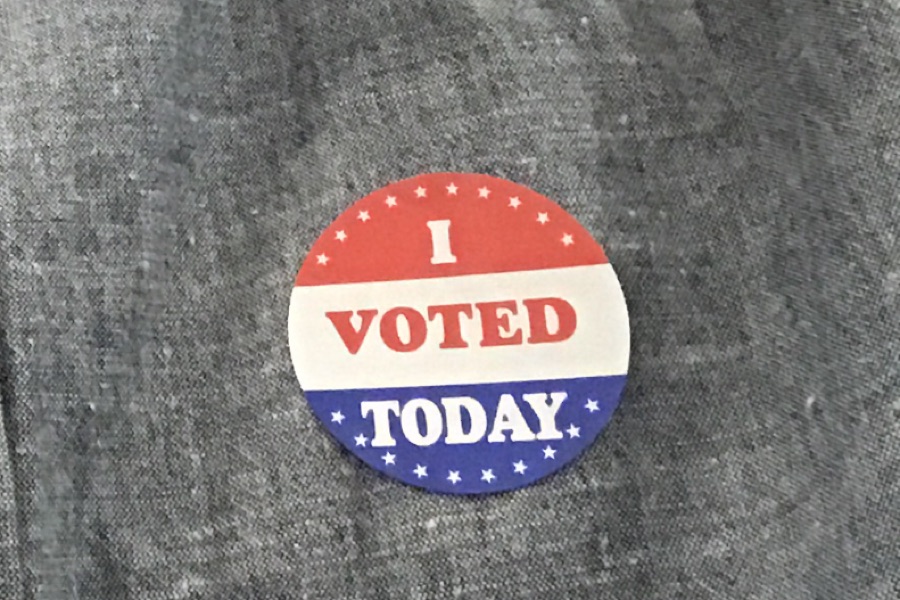 Not much in the way of positive reinforcement.

But the City Commissioners want to change that. On Tuesday, they announced a competition to redesign the suite of Philly’s “I voted” stickers, in partnership with the Philadelphia School District.

“I voted” stickers have been around since the 1980s, and judging by Philly’s Microsoft-Paint-looking things, they haven’t changed much in subsequent years. To call them bland would be an insult to blandness. Like knives, they are dull to the point of becoming dangerous.

But if the design has been sorely lacking, the idea behind the stickers is actually pretty clever: The theory is that if enough people proudly sport their stickers, potential voters might be guilted into showing up to the polls themselves. (In general, social pressure is among the best ways to compel people to vote. In one famous study from 2006, researchers sent letters to a group of people in Michigan, threatening to reveal in subsequent mailers which members of the neighborhood did and did not vote. Turnout increased 8 percent among that group. Evidence for the effectiveness of the stickers, however, is less concrete.)

Maybe if the stickers looked better, they’d be more useful. (And even if nothing changes, at least there will be a boost in aesthetics). Some cities and states around the country have started their own “I voted” sticker remixes. A revamp in Washington, D.C., features Frederick Douglass. Ohio’s redesign contest yielded a clean new design, complete with some wordplay.

Meanwhile, in Philly, the push to update the stickers really began in earnest back in November, when City Council tweeted out some suggested revisions to the City Commissioners.

Dear @PhillyVotes:
We think our #IVoted Stickers could use more Philly attitude.
We respectfully submit some suggestions. #ElectionDay pic.twitter.com/AEL8HAmtXt

One more, by request. Thanks for the RTs! Now be sure to vote.
Polls are open until 8pm.
Verify your polling location at https://t.co/94oDw3yl1A #ElectionDay pic.twitter.com/MEArJP217i

And apparently the City Commissioners were listening. Democracy in action!

As for the specific rules and regulations, each sticker proposal must include one of the following phrases: “I voted,” “I voted today,” or “Future voter.” You can also submit a design that uses those phrases in Spanish. The stickers must be non-partisan. You may submit only one design. And unfortunately you may not use any copyrighted images, which means no Gritty. Alas.

The City Commissioners are breaking the submissions down into categories: for the kids, K-8th grade, high school, and college; for the adults, amateur, intermediate, and professional. Everyone who submits a design — you can do so here — must either be a Philly resident or attend school in the city. The submission period runs from December 17th through January 31st. The public will get to vote on the finalists in each category from February 17th to February 28th.

So get to designing. The whole city and our post-vote selfies are depending on you.