James Hough on forgiveness, the inequities of the American criminal justice system, and how art can help drive societal change. 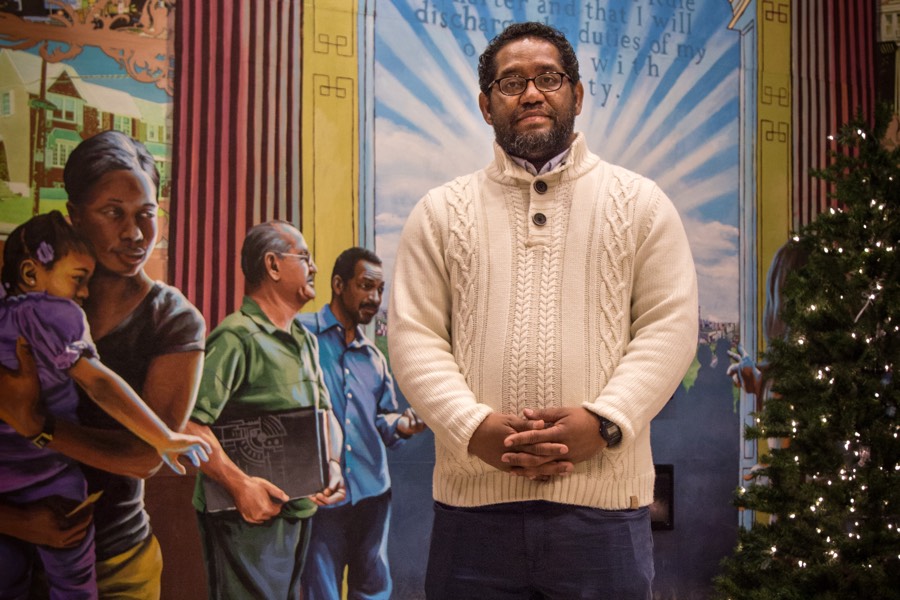 In 1993, James Hough was convicted of first-degree murder for shooting a man on the street in Pittsburgh. When it came time for sentencing, he received the mandatory term: life in prison with no parole. He was 17 years old.

For the next 27 years, Hough remained imprisoned, until the U.S. Supreme Court ruled that the practice of sentencing juveniles to mandatory life sentences without parole — one that is unique to the United States — was unconstitutional. This summer, Hough was released. He is now 45 years old.

While in jail, Hough began making art. He got connected with the Mural Arts program in Philly, and over the span of a more than a decade he helped design some different 50 artworks — none of which he’d ever seen for himself.

If Hough was then making art for the outside world from behind bars, he’s now set to make art about those bars from the outside in a new role as the artist in residence at the Philadelphia District Attorney’s office. Hough’s mandate, as determined by Mural Arts, the DA’s office, and Fair and Just Prosecution, the residency’s organizers: to create art that explores the “human toll of incarceration.” The program is thought to be the first artist’s residency in any DA’s office nationwide.

During the nine-month residency, Hough says he plans to interview prosecutors, inmates, and crime victims, using those testimonials to create a series of short videos and portraits. We spoke with Hough to hear what he has to say about the project, the state of the criminal justice system today, and the strangeness of finding himself working for the institution that once sent him away for 27 years of his life. 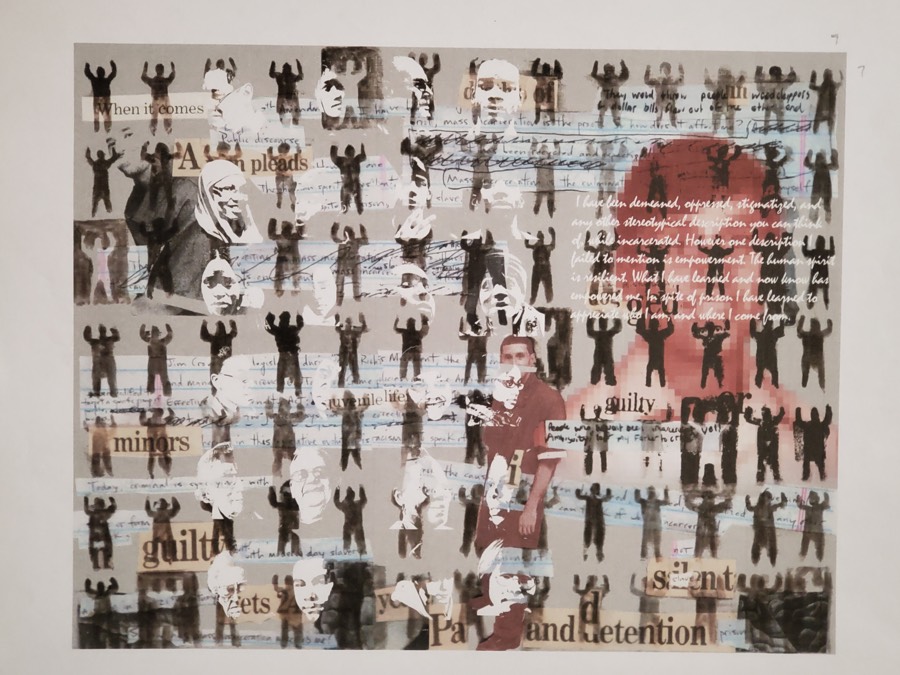 An artwork by James Hough. Photo courtesy of Mural Arts.

In one of your artworks, there’s a bit of text that says, “I have been demeaned, oppressed, stigmatized, and any other stereotypical description you can think of while incarcerated.” Are you speaking of your own experience there?
Yes, I am. To me, that experience is specific yet universal, unfortunately. I mean, when we talk about systems of oppression, systems of control, that experience isn’t unique to me. That experience has been replicated millions of times in the span of a day across the United States and across the world.

Do you feel you were wronged to have been convicted to a life sentence as a juvenile?
You know, I struggle with that. The short answer is no. I think that in some ways, my incarceration was appropriate and effective. But when we get to that part about the length, and the finality — the United States Supreme Court, along with a lot of other behavioral psychologists and learned people smarter than I’ll ever be, determined that young people possess inordinate capacity for positive change, regardless of their background. To me, when someone breaks the law, they have to be corrected socially in the most humane, effective way. However, the finality — taking people and essentially throwing them away — forecloses on every human, democratic and liberal notion that we possess as a society.

Even if you say you didn’t feel wronged, the institution of the court certainly decided that you had been.
Absolutely.

You mentioned that the time you spent locked up was effective. That word suggests a certain amount of faith in the prison system. Other folks have very little faith in the criminal justice system. Am I right that you do you actually have some faith in the institution of the justice system?
You know, I have to. But not the system that currently exists in its fixed form. When I speak of effective, I’m using that word in a very specific way. What I mean by effective, in the context of my experience, is that I had so many beautiful and positive opportunities come into my life as a result of being incarcerated that the possibility for change became apparent. The possibility for change was ever-existing. Unfortunately that’s not the case for many individuals. So, effective in the sense of my own experience? Yes. Effective in the sense of when we scale that up? No.

Your mandate for the residency program is to explore the human toll of incarceration. Ultimately you’re still working at an office that, as liberal as it may be, is prosecuting people and locking them up in the same prison system that you yourself have said needs to be totally changed. Is any part of you hesitant to work for what is still a prosecutorial agency?
The short answer to that question is yes. It’s similar to the way that as a mural maker I began to understand how murals in certain communities can not only beautify the community but in some ways drive what we know as gentrification and displacement. There’s going to be tension and conflict in any relationship. This one is no different. My job is not to try to resolve the conflict in and of itself, but to try to negotiate it. The DA’s office in Philadelphia, and in many other places, has had decades of practices that have resulted in tremendous pain in certain communities. That’s not going to be fixed with one election, that’s not going to be fixed with replacing a few people. We’re talking about systemic and unjust practices over time. What this moment sort of signals, and what my work at the result of it will signal, is a shift, a change. Hopefully toward decades of shifting in a better and positive direction. 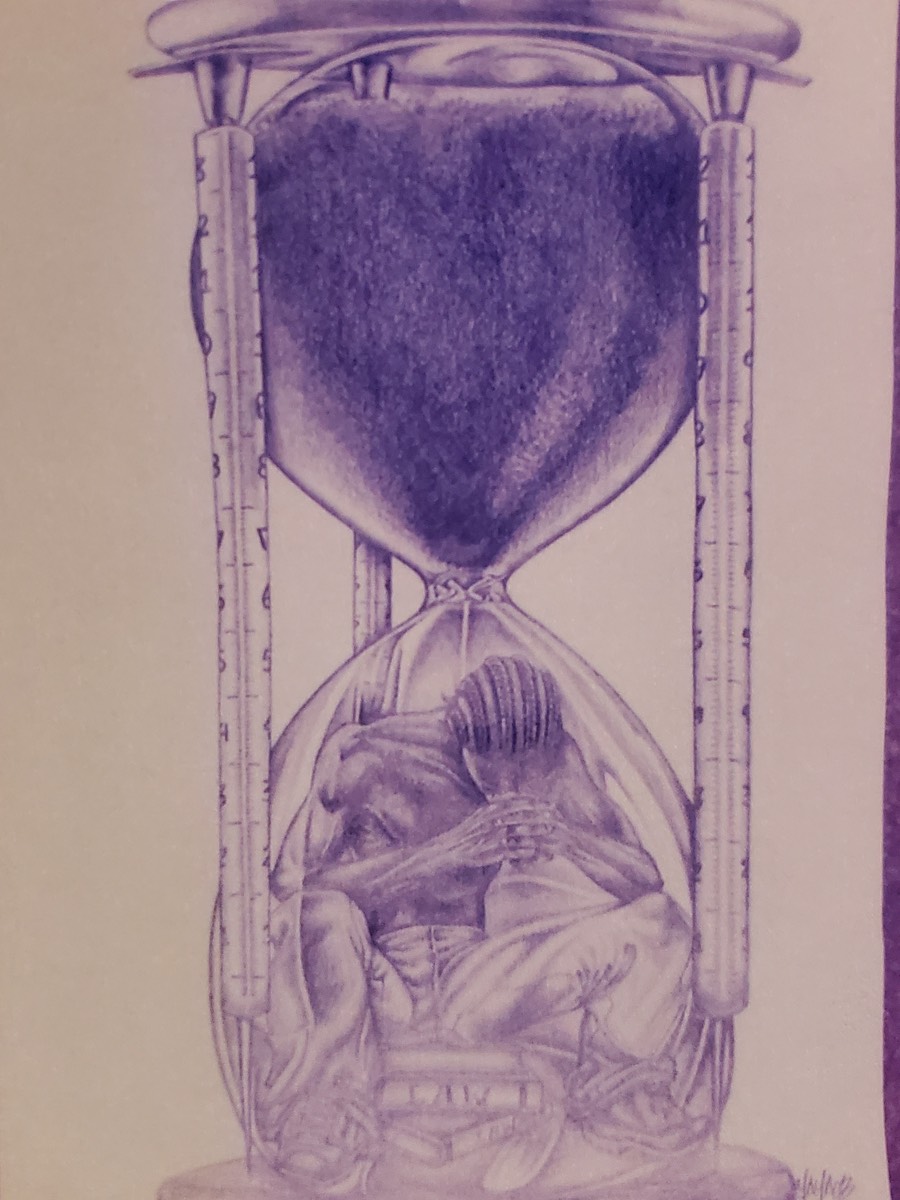 It seems like you believe in the notion that one can change the system from the inside. That is a pretty optimistic belief.
Absolutely. The system will be changed by citizens. Those citizens will find themselves on the inside sometimes, and on the outside sometimes. The constant thing must be change.

A lot of those changes are going to have to come through policy. So where does art factor in?
I think art plays an extremely important role. And I could be seen as biased as an artist in saying that, but here’s why: Artists have the ability to do something that many politicians, lawyers, and even cops can’t do. Artists move, drive, and create culture. Regardless of whatever people believe, regardless of age demographic, culture is the thing that drives society. I think if you’re trying to connect with people, you need to connect with them culturally, you need to be on the same page with them symbolically.

So you see the artist sort of as a liaison between the politician and the people, then.
Well, beyond just the word liaison. We may even need a new word. Maybe an amplifier. Maybe a synthesizer. Maybe someone that can take these policy ideas, and even distill the lived experience, the historical past, and frame it in a way where both social groups can have a better perspective. And ultimately through that better perspective comes a greater solution.

This interview has been condensed and lightly edited for clarity.