The Best Thing That Happened This Week: One Wise Owl

For this former Temple golfer, some things are bigger than the game. 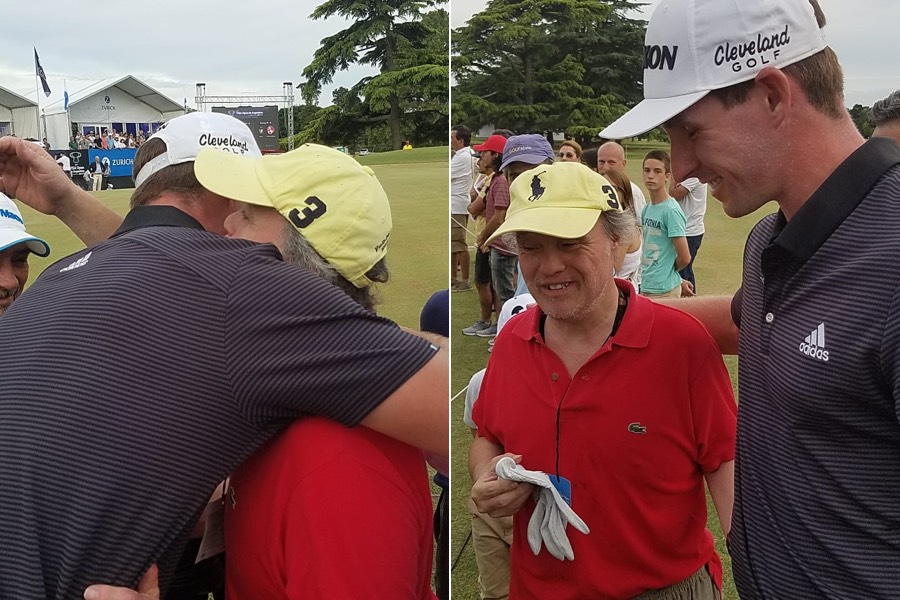 So here’s the scoop. Imagine, for a moment, that you’re former Temple U. golfer Brandon Matthews, and you’re coming off a tough year. You turned pro just after college, back in 2016, and did well on the Latin American circuit, but then you hurt your back, which led to too much thinking, which is anathema to golfers. You spent the summer trying to rework your swing but wound up dropping out or getting cut from 11 straight events. You start over with your swing again. And lo, wonder of wonders, you wind up in a head-to-head sudden-death playoff to win the Visa Championship of Argentina. You have an eight-foot putt. If you make it, you can still earn an exemption for the oh-so-starchy British Open — the dream of a lifetime.

Here’s how Matthews described what came next to the Golf Channel: “I got over the putt, took the putter back, and heard kind of a yelp or a scream.” And then? “I kind of flinched on the putt and immediately knew I missed it.”

Matthews was furious. He glared at the gallery, he said, knowing he’d just blown the chance for his first start in a major championship: “I thought someone had done it intentionally. I was frustrated. Really, I was in shock that that just happened.” Even if you only know golf from watching Tin Cup, you know you’re not supposed to make noise. While Matthews’s triumphant opponent celebrated, he trudged to the locker room, where the tour manager approached him. “Listen, we are so sorry,” the manager, Claudio Rivas, told Matthews. “It’s a terrible situation, but here’s the deal.” Turns out the fan who’d shouted has Down syndrome. Excited by the situation, he lost control of his emotions and let out the yelp that cost Matthews his big chance.

Rivas said that when Matthews heard this, his expression changed completely, and he asked Rivas to take him to the fan. It turns out that Matthews’s mom managed group homes when he was a kid, and the sister of his best friend has Down syndrome. “I was around mental disability when I was growing up, and I really have a soft spot for it,” he explained to the Golf Channel. “Those are really special people. I felt so terrible that I was even upset.” His concern now was for the fan; he didn’t want the man to feel bad about what had happened. So he sought him out, gave him a hug and a signed golf glove, and made sure that he was okay. “He was very happy,” Rivas reported.

And Matthews? Well, he won’t be going to the Open, but he did play well enough lately to land a tour card. Not that that’s what matters most. “Some things are bigger than golf,” he said of his act of kindness, “and this is one of them.”