The Best Thing That Happened This Week: But How Will People Know It’s Penn?

Penn Law has announced it is changing its name. Penn Law alums object. 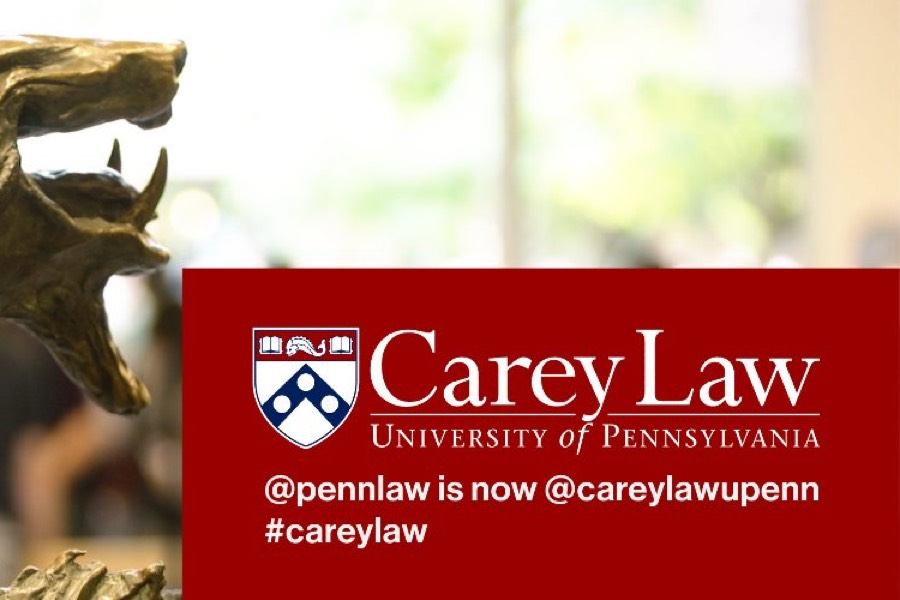 So not too long ago, the W.P. Carey Foundation, founded by an entrepreneur named William Polk Carey (who overcame his bleak Depression-era roots selling soda pop and homemade ink on the streets of Baltimore to earn a Wharton degree, make a mint in financing, and become a big-time philanthropist), announced it was donating an unprecedented $125 million — the largest donation ever made to a law school — to Penn Law. The overjoyed administration promptly announced that the school would hitherto be known as the University of Pennsylvania Carey Law School, with the short form in all official materials to be “Carey Law.” There was a new logo to mark the change, along with banners all over campus and a gala celebration with free booze (ooh!) and t-shirts bearing the new name. Students and alumni, alas, were … not thrilled.

Some 1,500 of them signed a petition demanding the restoration of the old name, because, hey, let’s be real, “Carey Law School sounds fairly generic and sounds like an unranked law school,” as one disgruntled graduate put it. A current student noted that Harvard, Cornell or Columbia law schools “would never sell their name off, so why are we selling our name off?” Or, as another opined, “We live in capitalism, and in capitalism, name recognition gets you a job.” One grad accused Penn of selling its reputation to the highest bidder, lamenting, “It is heartbreaking to see my proud institution cheapened to the level of a sports stadium.” Pow!

Following what the Daily Pennsylvanian newspaper described as this “overwhelming” backlash and a three-hour Q&A meeting during which students vented, the school announced it was rethinking its plans and considering changing the short form of the name (though not the long one) back to Penn Law. Which, of course, is what everybody would have gone on calling it anyway. Except for the banners. Talk about much ado! Oh, FYI — for, oh, say, $2 million, I’ll change my name to anything at all.

This post has been updated to correct the new official name of the school.