Officials said the smell emanating from the refinery, which could go up for auction in January, is under control. 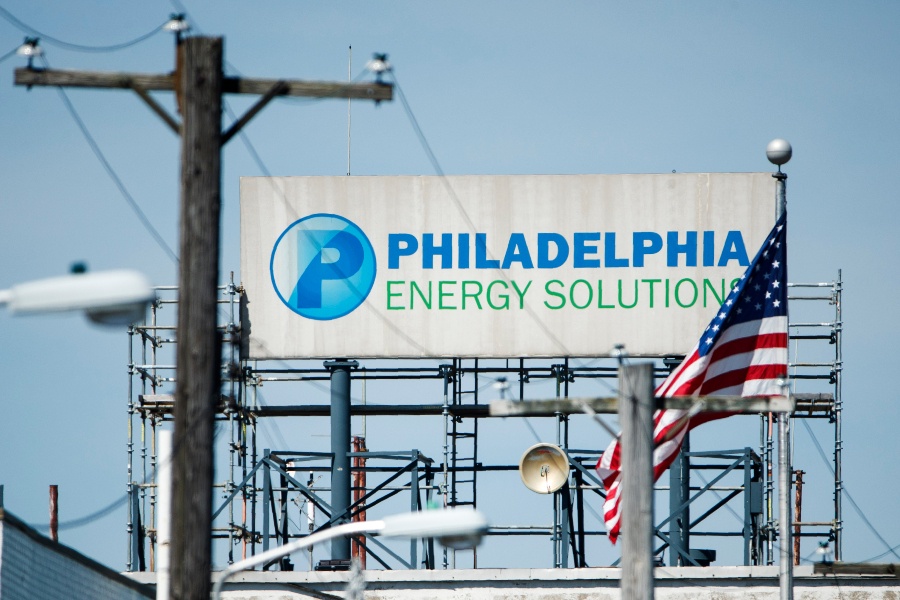 Notice a weird stench in the air on Thursday? You weren’t alone.

If this situation feels familiar, it should. The city first warned residents of an unrelated odor emanating from the refinery back in July, shortly after multiple massive explosions rocked the complex and caused damage that owners said ultimately warranted its closure. At the time, the city said that the odor and air quality were being monitored by the Fire Department and that the smell was nothing to be alarmed about.

Its not clear where the odor on Thursday came from. The Fire Department, which tweeted about the incident on Thursday, said “PES was cleaning and disassembling pipe, and an odor was released.”

“The fire department’s Hazmat Task Force conducted air monitoring and did not detect hydrogen fluoride or other potentially volatile substances,” the department said. “The release has stopped and the incident has been placed under control.”

According to a recent federal investigation, the blasts this past summer were caused when a corroded pipe elbow ruptured and released a highly flammable gas. The gas formed a vapor cloud and ignited, causing a fire that spread to the complex’s alkylation unit, where the explosions occurred. Investigators with the U.S. Chemical Safety Board said the blasts released more than 5,000 pounds of hydrofluoric acid, a potentially deadly chemical, into the atmosphere.

Also on Thursday, a U.S. Bankruptcy Court judge in Wilmington, Delaware approved bidding procedures for the refinery, according to Philly.com, meaning an auction of the refinery could take place as soon as January 17th. Fifteen potential bidders have expressed interest in the site.

City officials had raised objections to PES’s planned procedures last week, asking refinery owners to disclose bidders before the auction and to allow city officials to be in the room during the process. The judge agreed to accommodate the city.

The city’s Refinery Advisory Group, compiled in the wake of the explosions, is set to release a report on the complex by the end of the month. City managing director and group leader Brian Abernathy told WHYY in September that the report will include recommendations for developers interested in the site but will not prescribe a favored outcome.