Philly Should Charge People to Drive Into Center City

And use the money to make SEPTA better. 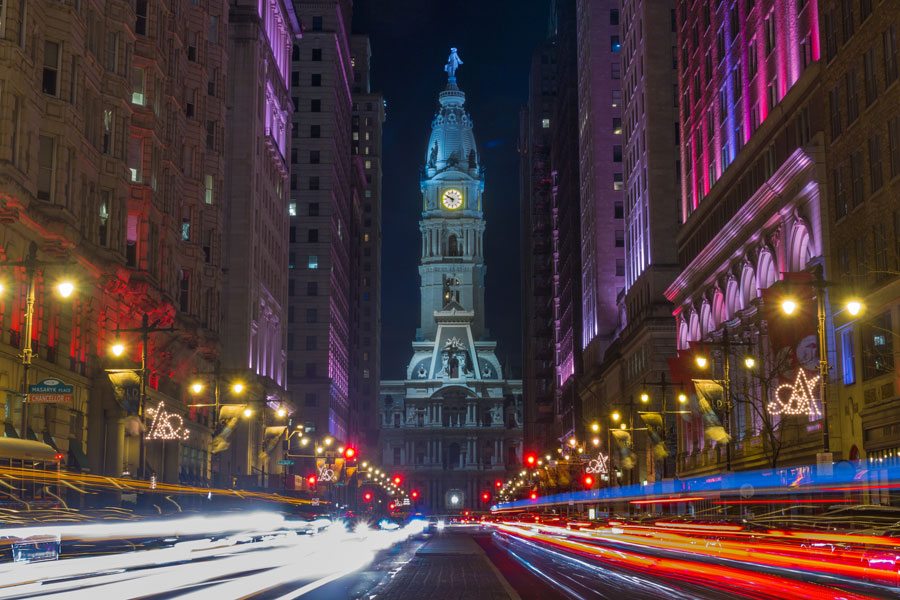 Philly should follow other large cities and implement a congestion charge. Photograph by Tyler Sprague/Getty Images

Philadelphians waste more than a millennium sitting in traffic every year. But our horrific state of congestion costs us more than time and money. Transportation is responsible for 24 percent of citywide carbon emissions. And air pollution spikes during rush hour, when idling cars waste fuel. That’s where a congestion fee comes in: To tackle this issue, consumer habits must be broken, and public transportation must become more efficient.

What would this actually look like? We don’t necessarily need (or want) tollbooths. The charge could be enforced the same way it’s done in London: People pay a fee in advance, and plate recognition cameras identify vehicles in the congestion zone that aren’t compliant. Those drivers have up to one day to pay — via phone or online — or be issued a fine.

In Philly, the fee should only be implemented in our most congested neighborhoods — Center City, University City — during the worst traffic peaks, perhaps from 8 a.m. to 6 p.m. during the week and on Saturdays. And exceptions could be made for those who are disabled or live in the congestion zone, as well as low-income Philadelphians, who could receive a tax credit toward the fee.

Money raised from a traffic tax can go toward improving our transit system. This will cut down on congestion and emissions by getting cars off the road and freeing up the streets. Imagine buses that run on time! And often! For inspiration, City Hall could take a page from New York City’s playbook. A congestion fee that’s set to go into effect in 2021 — it will impact Manhattan from 60th Street to the Battery — is expected to raise $1 billion annually. The money will go toward improving the city’s beleaguered Metropolitan Transportation Authority.

There’s no doubt the debate and pushback over the policy — and the particulars — would be fierce. In fact, when a spokesperson for Mayor Kenney was quoted in a New York Times article about this very subject last April, the local Twittersphere exploded. (The Mayor’s administration said it was keeping an eye on New York’s rollout, but no further steps have been taken.)

Published as “Charge people to drive in the city. (And use the money to make SEPTA better.)” in the “What Can a City Do About Climate Change” article in the November 2019 issue of Philadelphia magazine.